Today I’d make just one more stop before driving to camp. I had to get across LA, so I hardened myself for several hours of sitting in freeway traffic. I was glad to finally see the signs for Vasquez Rocks.

At 2 pm, I felt the heat of the afternoon sun wearing me down. With no map to guide me, I wandered in the general direction of the rocks (the visitor’s center is closed on Mondays). I was surprised to see a sign for the Pacific Crest Trail! As I walked along, I started to hear voices (no, not like that) and hear cars. Apparently there were multiple parking areas and places to access the rocks. Families were walking in every direction, scrambling up the slabby rocks and wandering along the dusty trails. 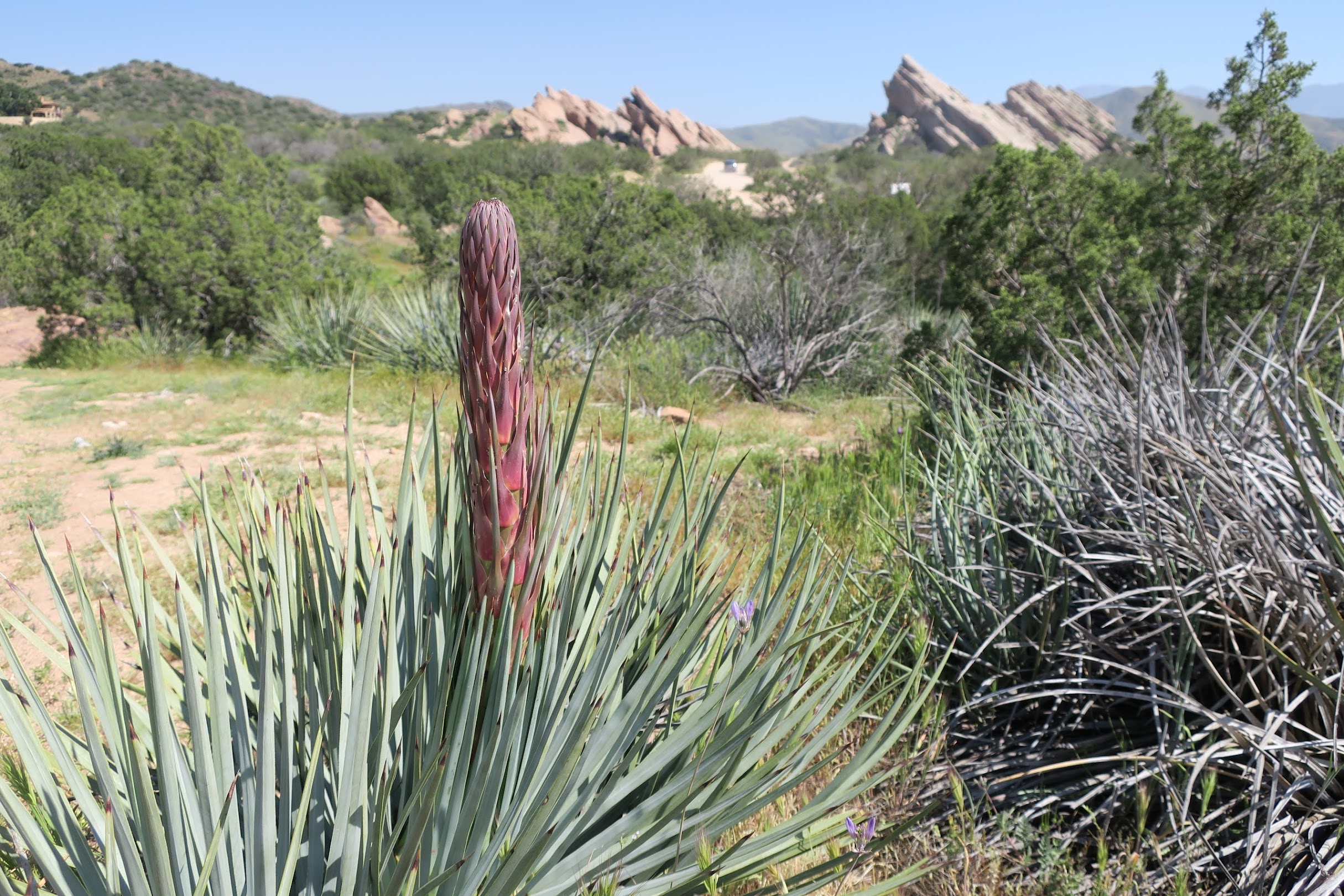 There did not appear to be many official hiking paths, but cross-country travel was allowed anywhere. Well-worn use trails criss-crossed over the landscape like a giant web. On the one hand, it was fun to walk wherever I wanted. On the other hand, it was ugly to see the trampled vegetation everywhere. I scrambled up to a shady gully where I could relax, out of sight, in a shady area. I ate my lunch there and did some people-watching. 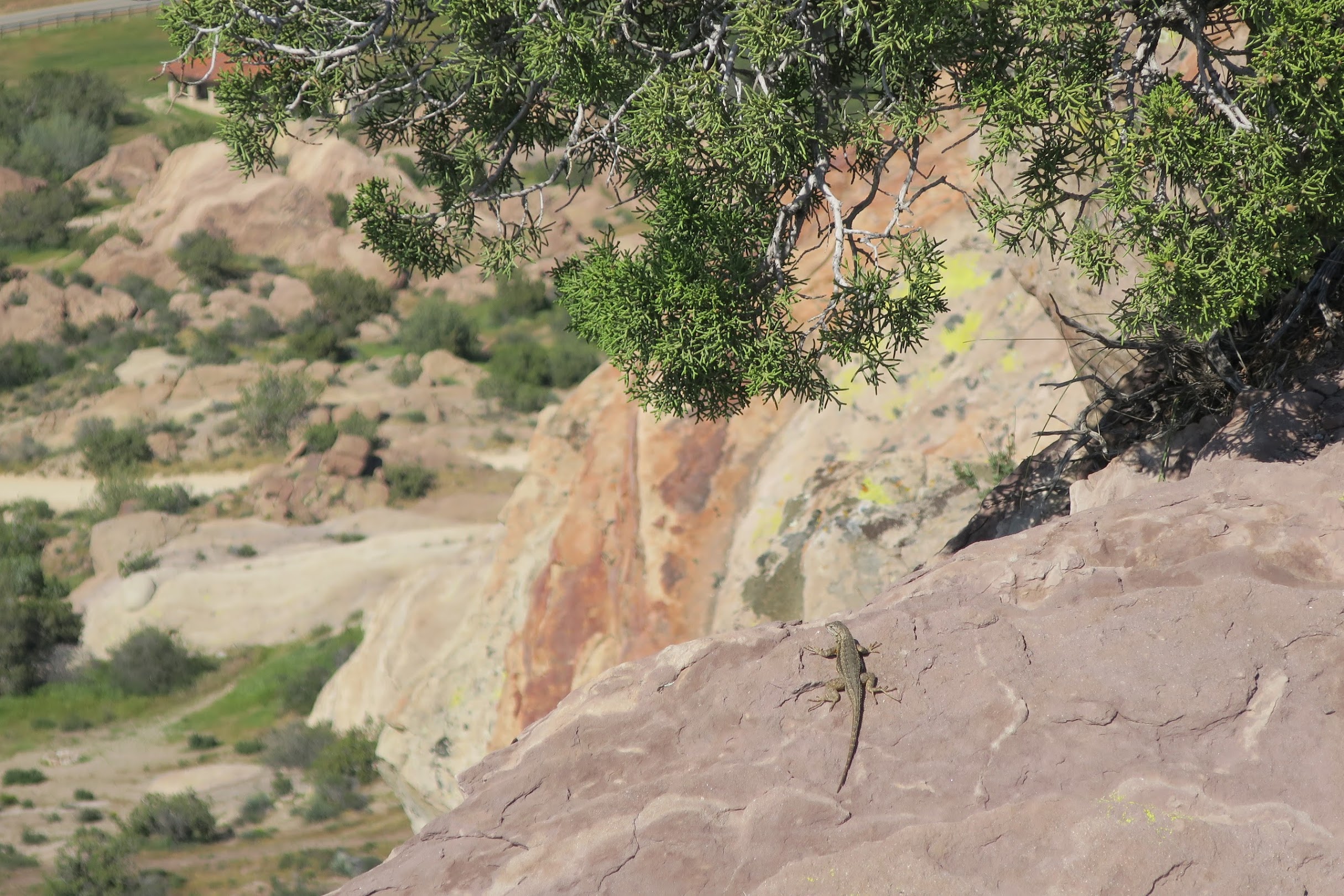 I found a path leading across a short ridgeline and followed it. Walking up and down, following the contour of the rocks, I looked for lizards, flowers, bugs and lichens. There was much to see. As always, the number of people nearby was inversely related to the distance from the parking area. I enjoyed the solitude.

The fun part was finding a route back down from my perch. A little rock-hopping and downclimbing later and I was back at the level of the parking lot. There was still some driving to do today so I couldn’t dally long.

This was a nice little park where I could have had spent more time. It would have been nice to be able to go into the visitor’s center and learn more about the geology and human history of the rocks. According to the signs, this area has provided the backdrop for several movies.