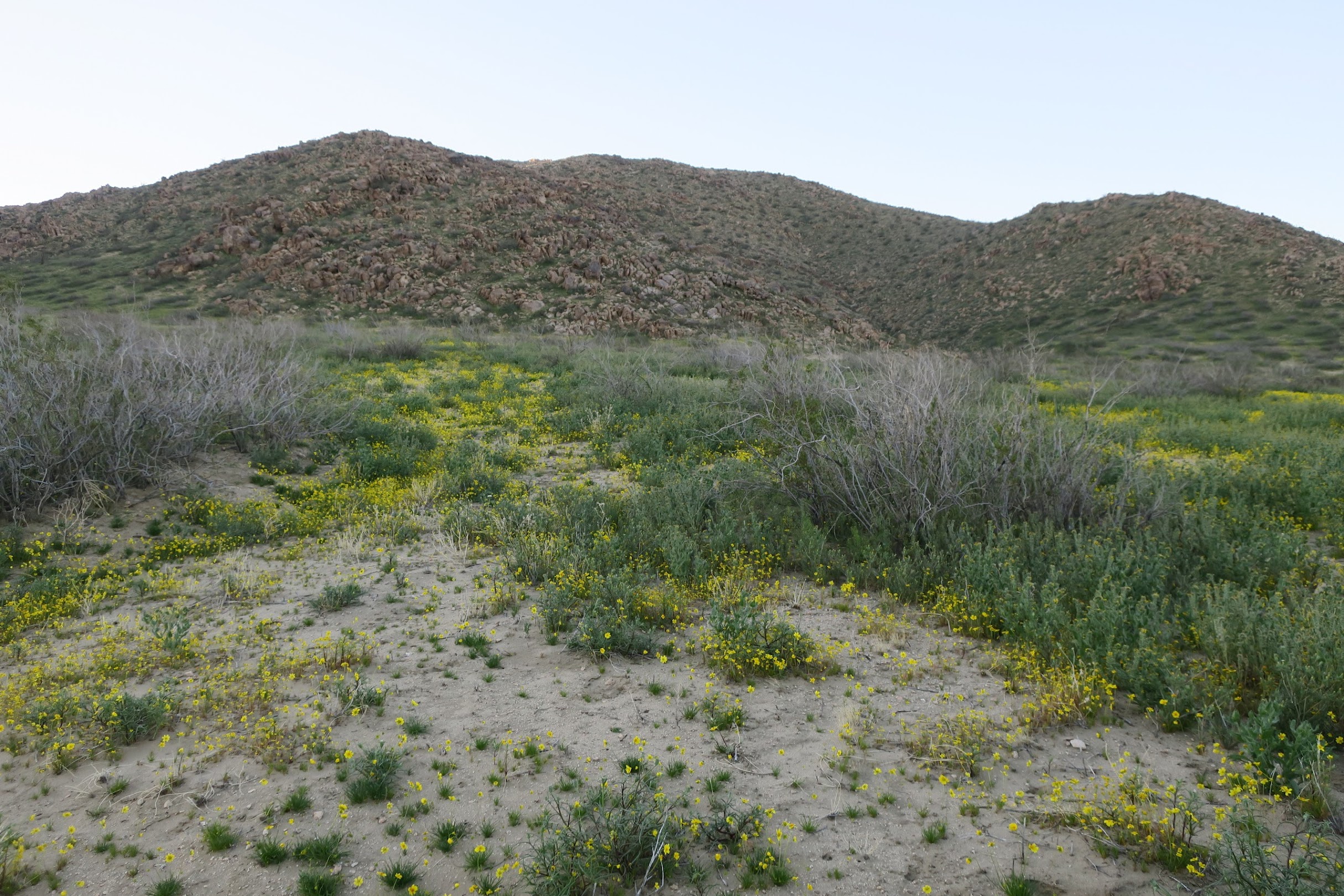 I pulled in to the campground the night before so I’d have an easy place to stay. The wind was blowing HARD and I was grateful for the wooden sun-shades, which doubled as wind protection throughout the night. The campground was plunked in the middle of nowhere, in a strange grid of long, straight roads with little development nearby. Somewhere, maybe, there are plans to develop this area.

The camp host stopped by as I was making dinner and asked me about my plans. I said I wanted to hike up the butte in the morning before taking off, when was check-out time? That made her chuckle a bit. It’s a steep hike up there, she said (or something like that), implying that there was no way I’d be finished before whatever checkout was. Maybe 10 am? 11?

Excellent, I thought, I had to prove someone wrong.

Saddleback Butte arises from a broad stretch of flat plain. Its saddleback shape is unmistakable; it makes a nice landmark for navigtaion. I had an excellent view of the butte from my campsite. I watched the setting sun cast Joshua tree-shaped shadows on the sand, then dreamed of an early start for a morning hike. The trail is about 2 miles one way, with 1000 vertical feet of climbing. 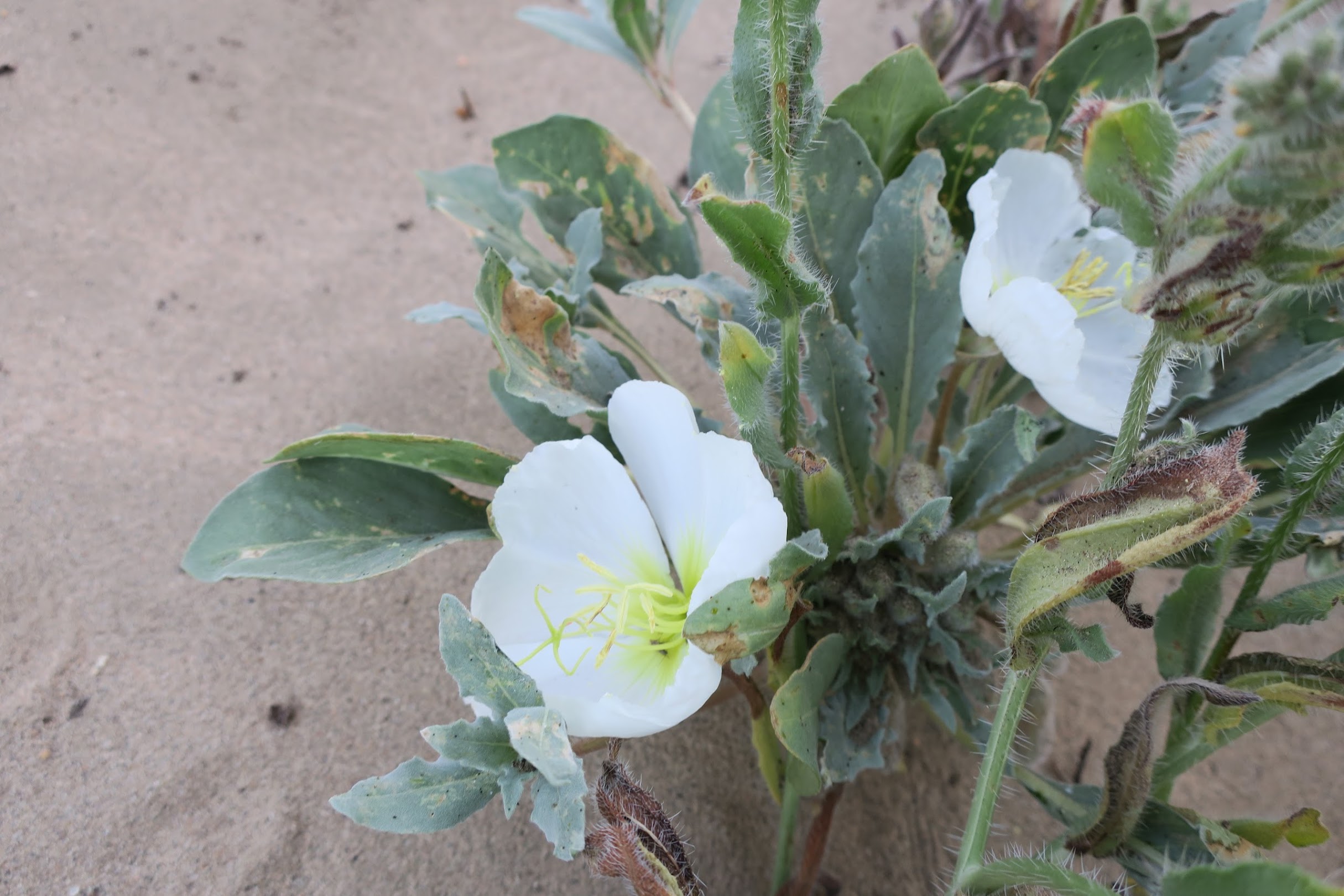 I started up the trail at 6:45 am. I had places to go and flowers to see. No time to dilly dally. The first mile of trail was almost flat. No, really. The surface was made of fine sand. Dense mats of flowering vegetation grew on both sides of the trail. Joshua trees and some scraggly shrubs popped up from the sand at irregular intervals. The sun was behind the butte so the entire trail was cast in shadow. Once the trail started climbing, though, I quickly warmed up.

Wildflowers of note included: yellow, white, and purple. Yeah, I know my flower ID is pretty bad, especially when I’m traveling in a foreign place. There were primroses, wild rhubarb, and lots of yellow flowers. There are so many varieties of yellow aster-shaped flowers that I’m not even going to try to figure out which species was blooming there.

The last half-mile was the most interesting. The trail got steeper and more rugged. Different types of flowers that didn’t grow just a few hundred feet below poked out from between the rocks. Atop the saddle, I could then see across to the other side of the butte. There was the sun, blinding and hot. A steady breeze and occasional patches of shade helped me stay comfortable as I scrambled up the last section. I made it to the summit in just under an hour. 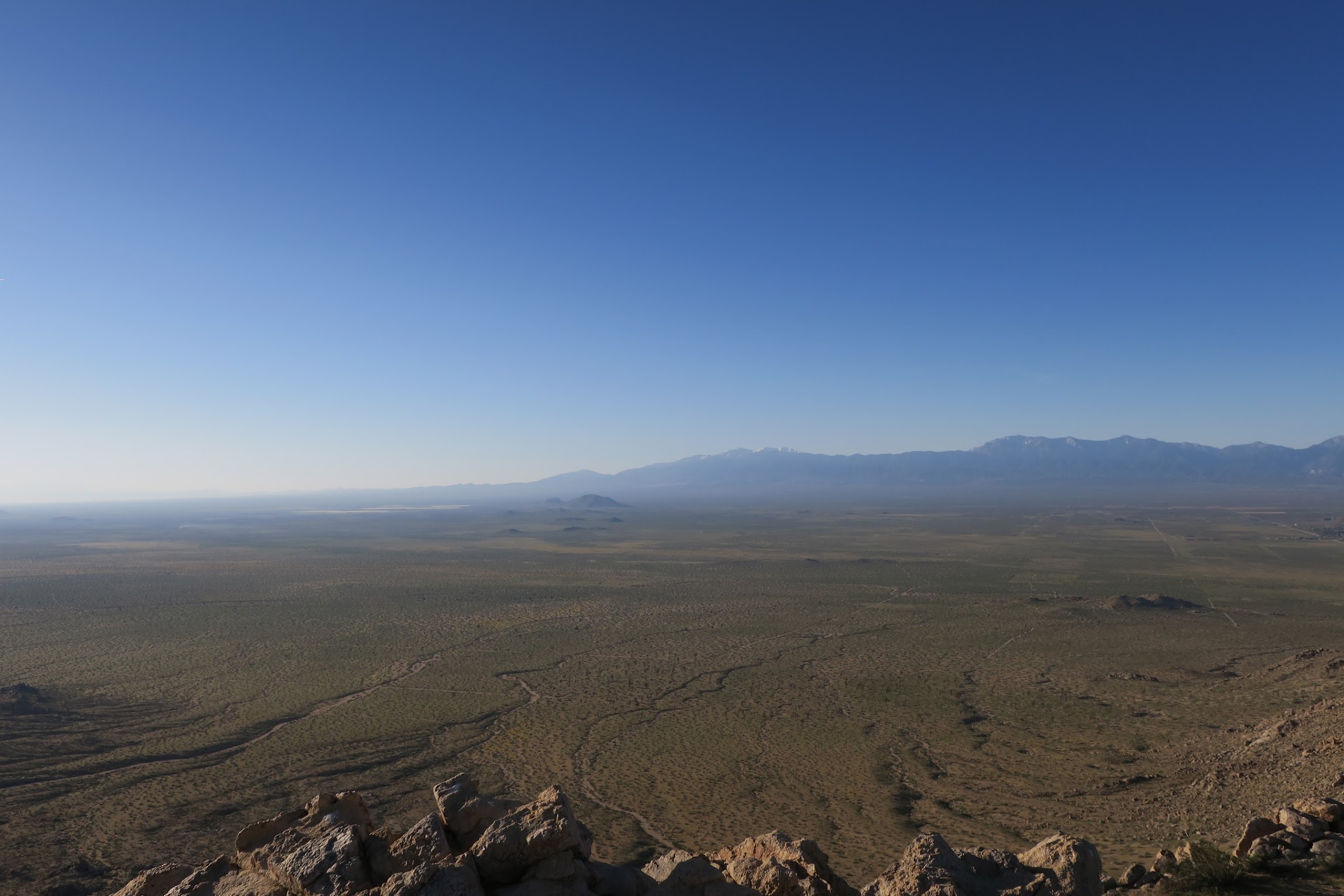 The panoramic views from atop the rocky summit were beautiful. I sat and basked in the sun for a while, enjoying the peace and quiet. On the way back down, I took off my shoes and finished it up barefoot in the sand. It was quite lovely until the butte’s shadow receded and the sand became very hot. Time to toughen up these feet!