After a lazy morning in camp we packed up and headed up the road to Sunset Crater National Monument. This stop came highly recommended from a friend, and it was on our way to Wupatki National Monument anyways.

We arrived at the Visitor’s Center before it opened and we would have waited around, but…there was a bus full of Asian tourists unloading as we drove by. NOPE. That meant keep going. There were way too many people in one place for my liking.

As we sped off to the next stop on the road, I wondered. Why Asian tourists? Why aren’t there busloads of African, South American or Australian tourists? Is visiting national parks more of an Asian hobby? And which Asian country’s populations are most likely to fly to the US to sit on a bus day after day? It’s an interesting phenomenon. I didn’t have much time to ponder because we pulled in to the A’a trailhead.

Having limited information about this park, since we missed the visitor’s center, we looked out at what appeared to be a very short loop and got out of the car. As it turned out, it was a short loop and soon we hopped back in to drive to the next pull-out. 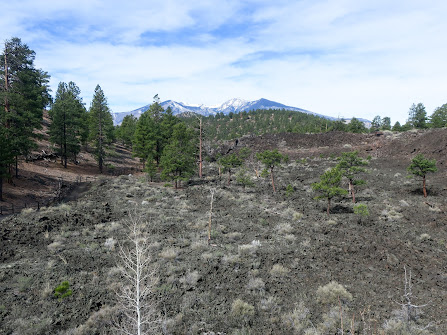 The Lava Flow Trail was a partly paved and partly natural surface loop that traveled about a mile through the flow near Sunset Crater. Whoop-dee-doo, I thought. We could see this at home.

Besides, it was kind of overcast and windy. The bus had arrived while we were finishing up the loop. We had to dodge tourists who were walking off trail and posing for photos near anything vaguely interesting. It felt a bit like Disneyland. Let’s get outta here.

We continued on to Wupatki. This National Parks site preserved Native American ruins and artifacts. Not my usual thing, but I figured since we were out there we’d take a look. And boy was I glad we did!

The first stop was Wukoki Pueblo. It was already very hot outside, despite the layer of clouds overhead. We grabbed our water bottles and cameras and walked out to the ruin.

The structure and the views were breathtaking. I imagined what it would be like to build, maintain and live in such a place. It must have been such a harsh way of life. As the wind blew all around us, we stepped inside for a respite. It was quite nice as a wind block. It was cool that we were allowed to walk inside, outside and atop the ruin. It felt more real that way, as it wasn’t behind a fence or otherwise out of reach. We could touch the rock, see all the little cracks and pebbles. I couldn’t always tell what was original and what was reconstructed, but that didn’t really matter. It was thought-provoking.

Next we stopped at the Visitor’s Center, where I enjoyed reading through the exhibits and learning more about the area. The Park Service actually took on some tough topics, including the human history of the land and how they came to acquire the park, basically kicking people out who had been living here for generations. Again I wasn’t sure how I felt about all of it but I was glad to have the opportunity to learn and reflect. So much in life is complicated and I appreciated being presented with multiple perspectives and nuance. 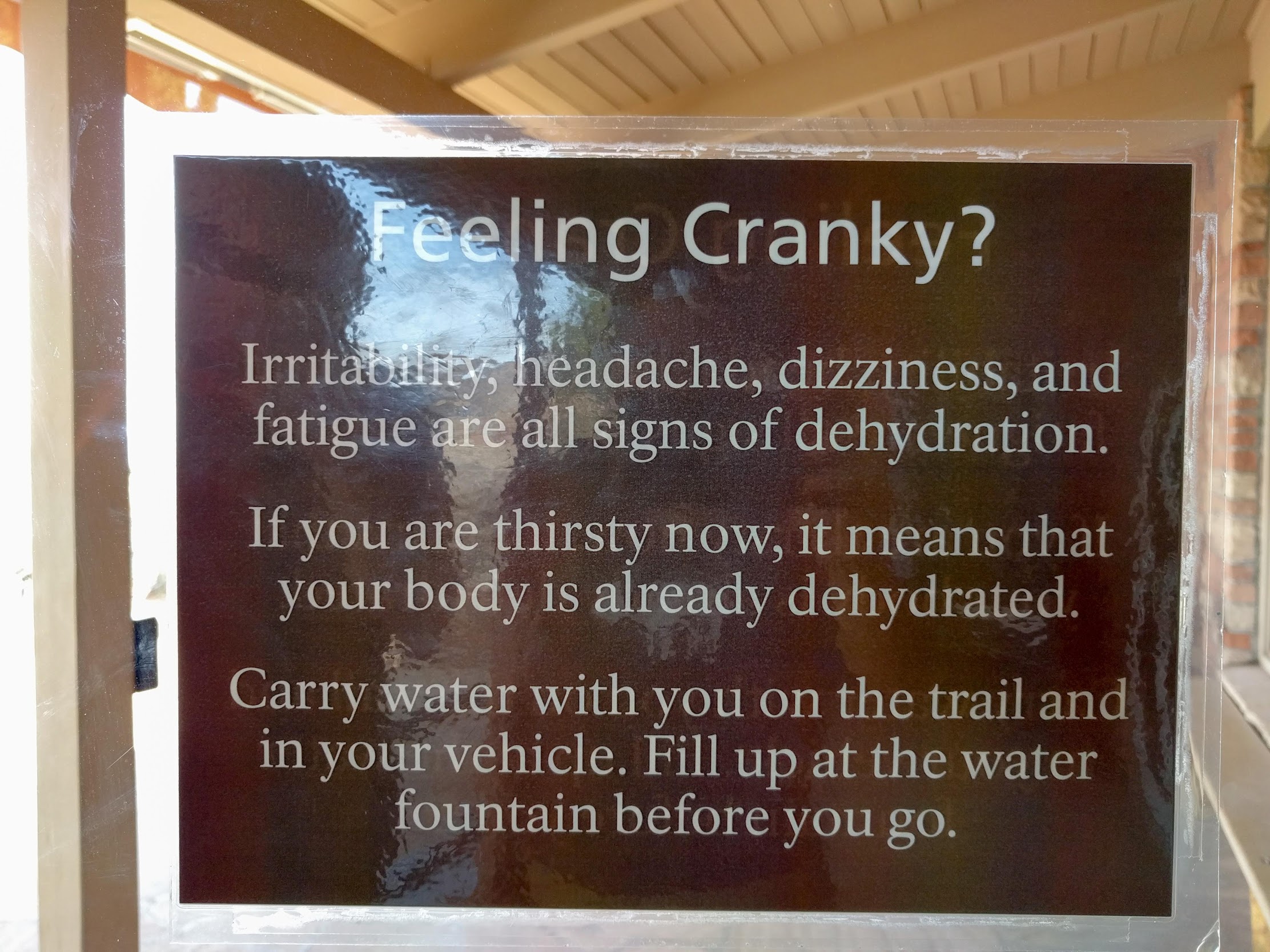 From there we headed out the back door, where a clever sign reminded us to carry some water, and off towards the big pueblo. This structure had many distinct rooms. It was something to behold. We had an interpretive guidebook that we borrowed from the ranger, so I stopped and read the information aloud at each numbered sign (one of my favorite things to do on interpretive trails!). 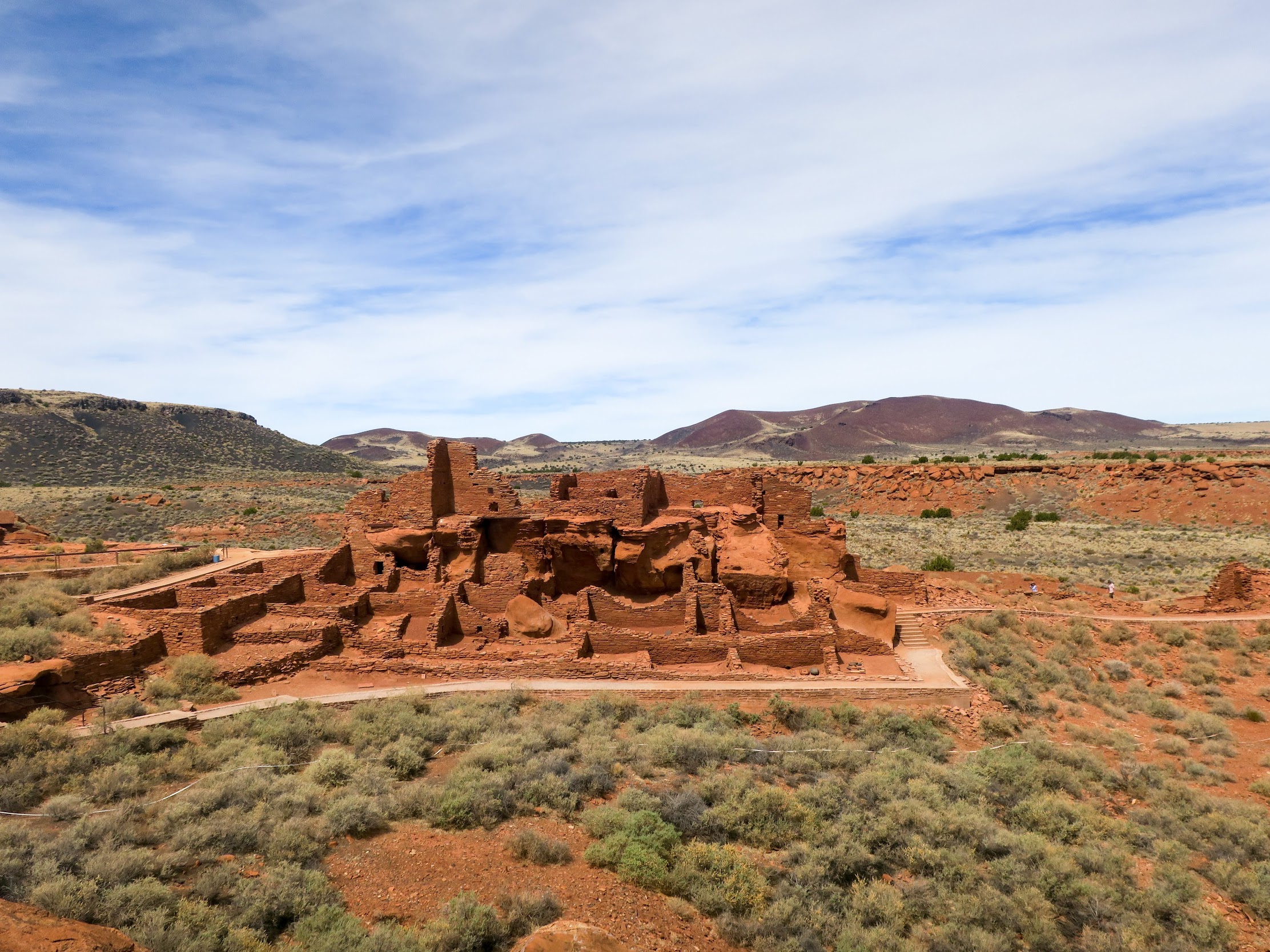 We finished that loop trail, returned the book to the Visitor’s Center and paused for a moment to enjoy the air conditioning. It was now really freaking hot and I was beginning to break down a little bit.

We had four more pueblos to see though, and we were going to see them all. 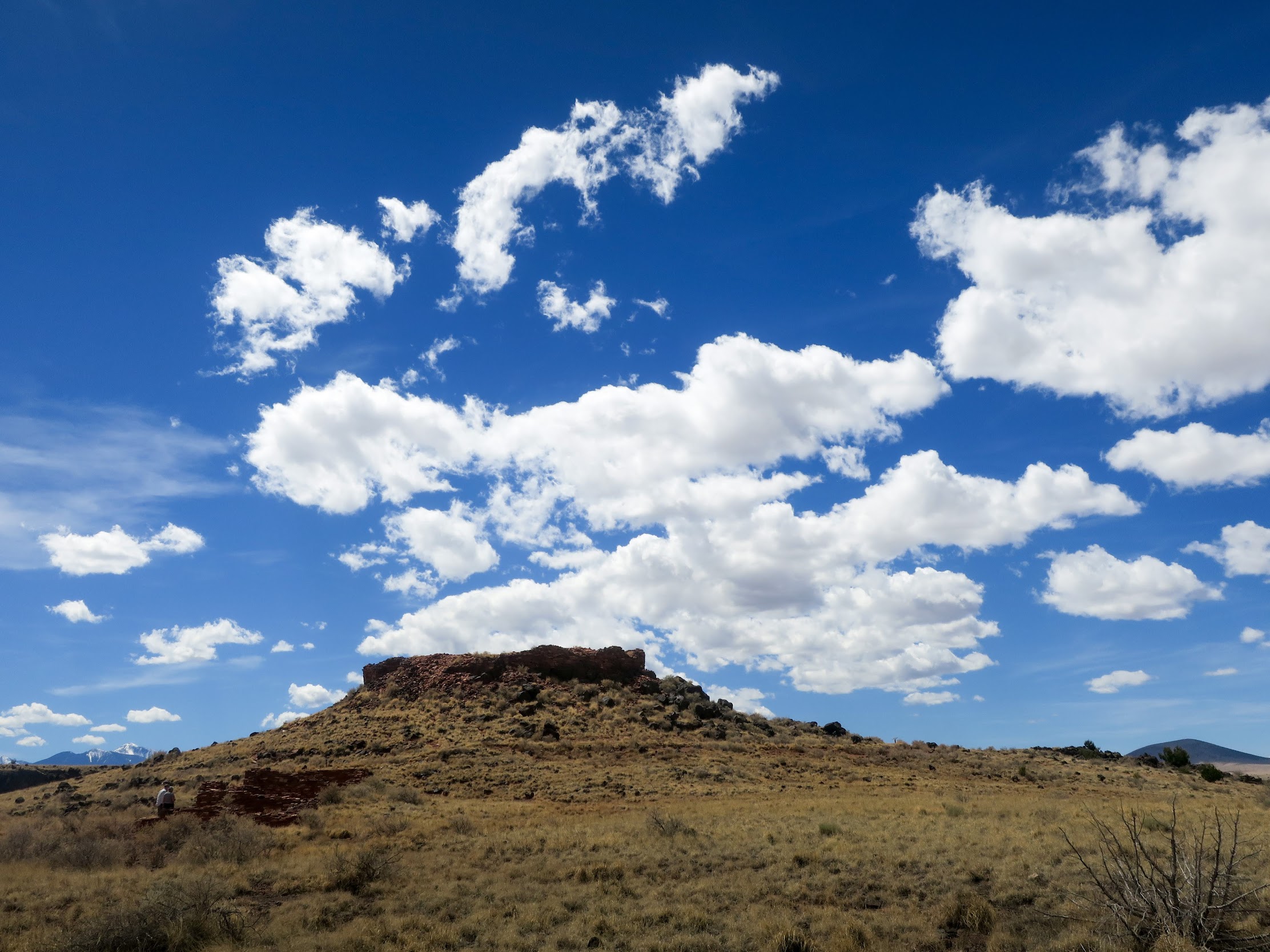 First, Nalakihu, then the Citadel. This was located in a particularly scenic spot and the clouds were putting on quite a dramatic show. The ruins were starting to look the same, and there were people everywhere. I was getting cranky, and it had nothing to do with dehydration.

Finally we took the Lomaki Trail to view the last two sets of ruins. The Box Canyon Ruins were sitting up on a pretty perch. Perhaps water used to run through the shallow canyon, providing life-sustaining liquid to its former residents. I strolled around in a bit of a daze, waiting for Aaron to take all the pictures he wanted so we could leave.

On our way out, we found a shaded picnic area along the road where we stopped and ate lunch. My next hike of the day turned out to be too far of a drive to be worthwhile, so we headed towards tomorrow’s trailhead. The ranger had recommended camping at the Friedline Prairie Dispersed Camping area, which SUCKED. There was trash everywhere, the sites were ugly, it was windy as hell and there was no privacy. But at that point we were exhausted, grumpy and just needed a place to sleep so we could get up early to climb Humphrey’s Peak. This would have to do. Tomorrow would be better.