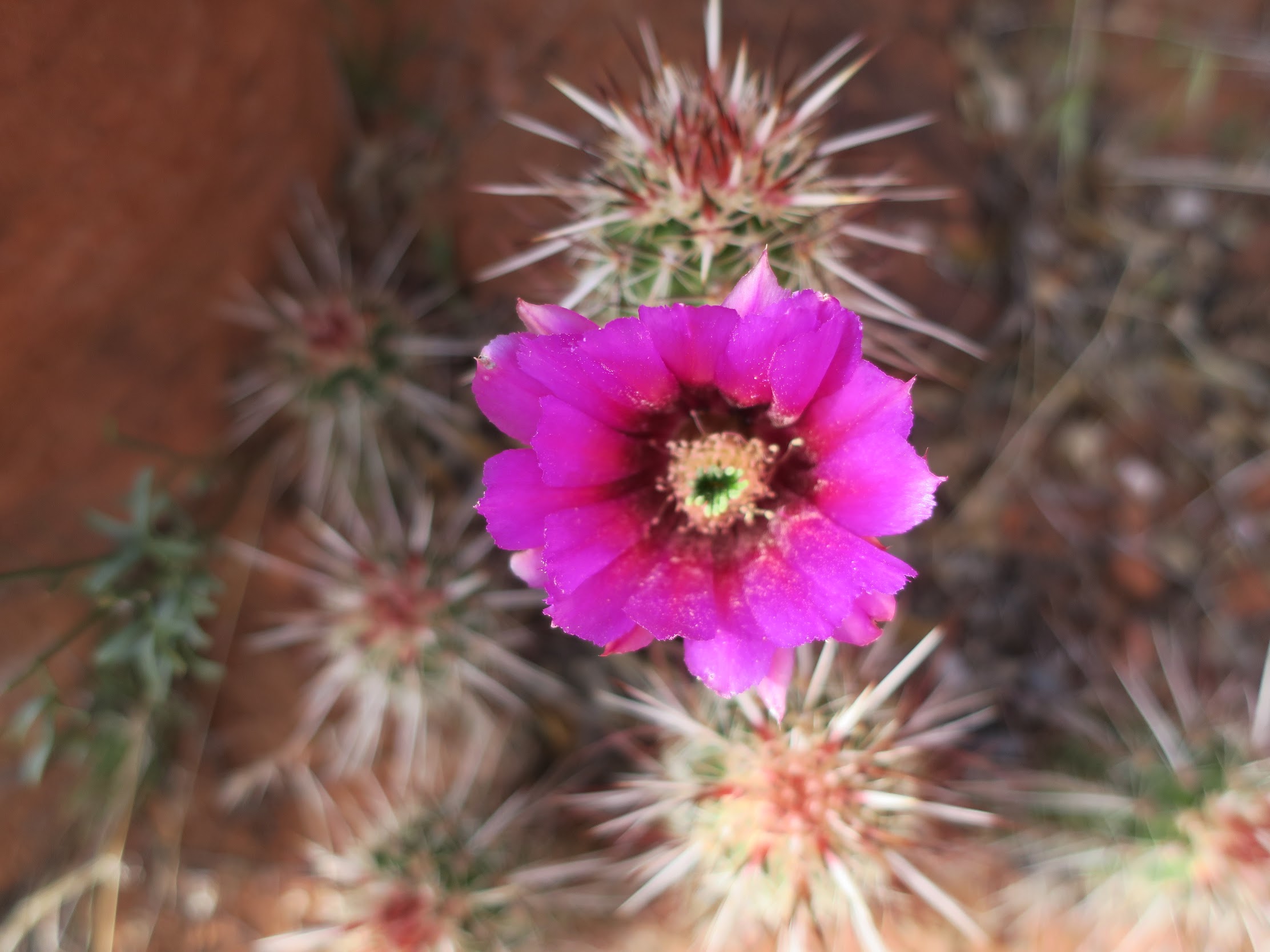 By some miracle, we rolled into Snow Canyon State Park sometime in the afternoon of April 11 and managed to snag the last available campsite. It was about a thousand degrees outside and we had one scraggly tree near our site. It wasn’t the best, but at least we didn’t have to keep driving. Besides, there were some hikes I wanted to do here.

After a little nap in the tent we packed up for a couple of short hikes to stretch our legs. My foot was really hurting after yesterday’s adventure in Buckskin Gulch. I didn’t notice it until I woke up this morning and could barely stand up. I had a rip in my left foot at the base of my big toe that prevented me from walking without a limp. And here I thought my feet held up great after a day of barefoot canyoneering. Wrong. 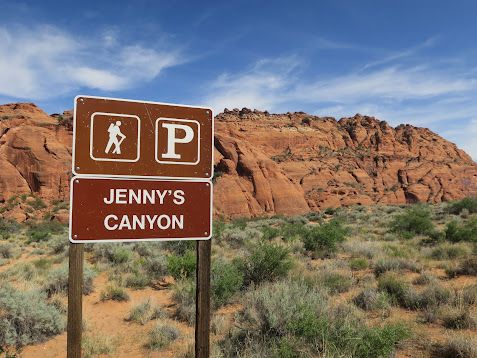 This was possibly one of the most disappointing hike of the trip and it’s all because we were spoiled in some sweet slot canyons already. Plus, there was a loud (but surprisingly small) group ahead of us whose sole purpose of visiting the park was clearly shouting their life stories across the valley. Fun.

I have a bit of a soft spot for park interpretive trails with brochures. This was one of them. Plus, it gave me an excuse to stop at every numbered sign and read about the vegetation and animal life in the park. We slowly meandered along this trail, enjoying the learning opportunities and stopping breathlessly underneath every shade tree. I could never live in Utah. 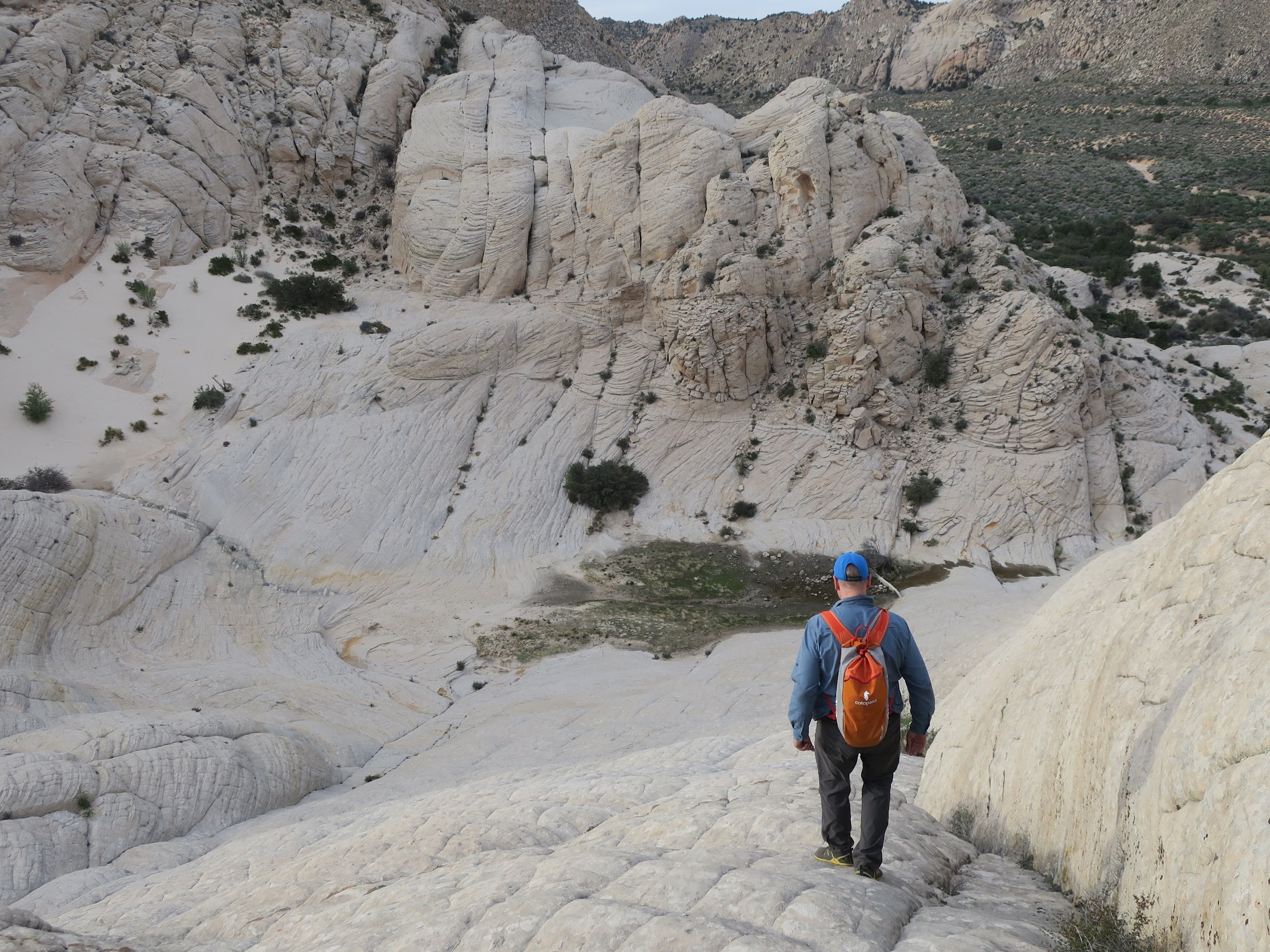 We drove up to the northern-most trailhead in the park and set out on a trail to the White Rock Amphitheater. It was a quick but beautiful walk to the natural amphitheater set in a movie-like backdrop of white sandstone. By now the sun was low enough in the sky that the air felt comfortable. A light breeze blew by and we had this place all to ourselves. Now I was starting to settle in here. Despite my angry foot I managed to scramble up the slickrock to the high point above the bowl because, duh, it was there. Aaron was on a mission to find a desert tortoise, so we pretended to look for one at every little patch of sand and shrubs along the hillside. We didn’t find one, but we did see some pretty agave and cacti.

It was quite breezy and cool up top; I could have stayed here awhile. But our hungry bellies were ready for dinner so we hauled back out of there.

Back at camp, we grilled up some pork chops and asparagus. The camp host walked past and warned us about high winds and rain coming through tonight. We thanked her, finished our meal and collapsed in the tent.

So there was some wind last night. It was blowing so hard I got probably an hour of sleep. Several times I woke up to stick my feet up on the tent ceiling to help bolster the poles. I’d never seen my low-profile backpacking tent get pushed around so much! It was nuts. And since we were in the desert, we woke up with a thick layer of sand on everything in the tent. And in our mouths and noses. And, yeah you get the point. It was a miserable night. We packed up and got right in the car.

We took one more walk in Snow Canyon at the Petrified Sand Dunes. The wind was still blowing, the sun was barely up and the air was surprisingly chilly. I layered up for this walk. 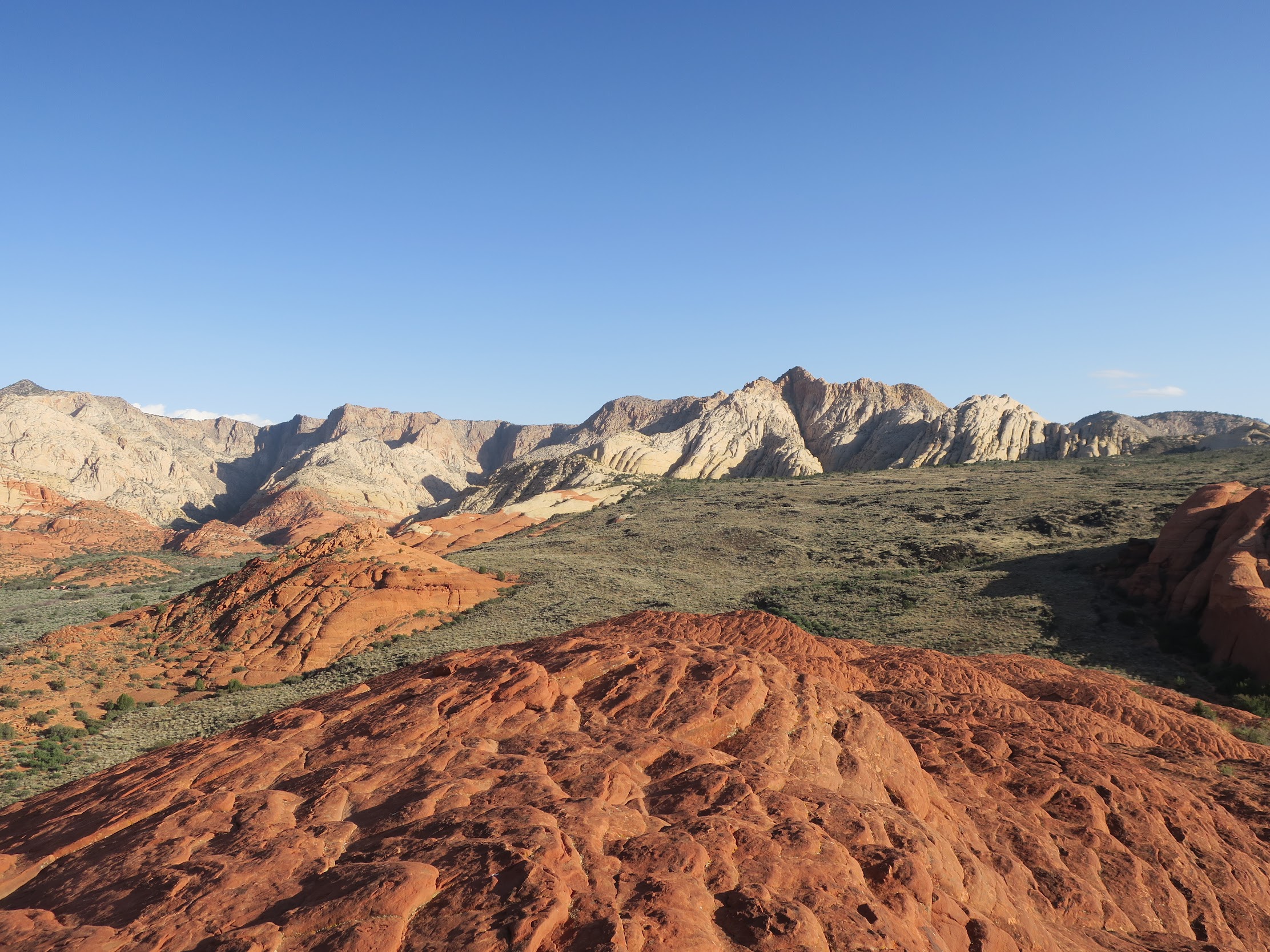 The trail crosses petrified sand dunes, which look like any other slickrock hill I’ve ever been on. There were funky trail markers drilled into the rock for the start of the hike, but after seeing about three of them we never saw another one. We meandered around on the rock until we felt like we’d seen enough, turned around and looped back towards the parking area. My foot was still really angry so I had to walk very carefully and slowly, not an easy thing for me to do. I struggled with feeling so inept at walking but I tried not to let it get me down. The wind didn’t help my mood.