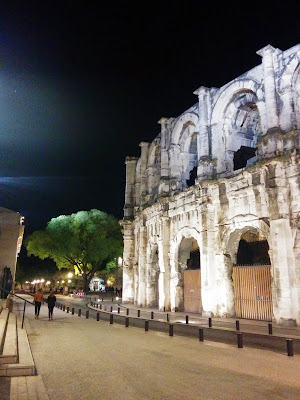 Click to view the photos from Nîmes and Pont du Gard

When we were planning this trip, I really had no idea what I wanted to see or where I wanted to go in France. I asked a more experienced travel buddy where I should go and she mentioned Nîmes. As I did my trip research, I found the city of Nîmes to be somewhat elusive; it’s not in the France travel guide from Rick Steves, and no one else I’d spoken to had really heard of it. All these  were omens that spoke to me : “I really want to go there.”

Nîmes has a rich history. It was an important city in the first few centuries AD, under Roman rule. The Romans constructed an array of impressive buildings, some of which remain in really good shape today. Nîmes is much smaller than Lyon or Paris, so it is perfect for exploring by foot. The city also provides quick access to the Pont du Gard, which I’ll cover in another blog post. 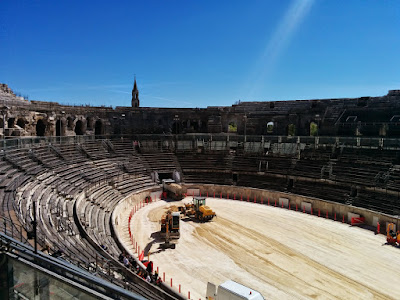 Right in the center of town, we found the big arena. This was a great starting point for our travel back in time to the ancient Roman era. There is a self-guided audio tour provided to visitors, so we walked at our own pace as we learned about the long and twisted history of the arena. The arena was used for entertainment purposes, which often involved lots of blood and death. Over centuries, the events changed from animal hunts, prisoner executions, gladiator fights, and bullfights. We learned all we ever wanted to learn (and more) about the various types of gladiators and battles. We were so inspired by our visit that we watched the movie “Gladiator” on our train ride from Nîmes  to Frankfurt. 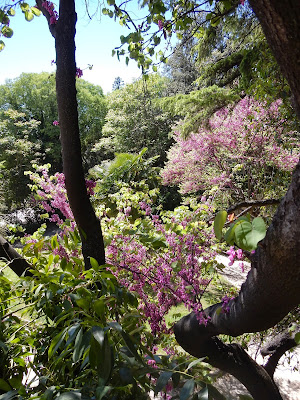 These sprawling, carefully designed gardens served as a backdrop to our take-out kebab lunch. There were palm trees, pools, fountains, lawns and flower beds. Children were taking pony rides, school groups were playing, people were out strolling and generally enjoying the sunshine. It was a beautiful place to just hang out.

The original centerpiece was a natural spring used as a foundation for the first Roman settlement. Today, the spring bubbles up into a stone pool connected to other channels and pools leading out of the garden. The modern structures were designed and built in the 18th century. Back home, we’re lucky to have a couple of old, rickety park benches along the edge of a lawn of grass. I think we could learn a thing or two from the city planners in Nîmes. 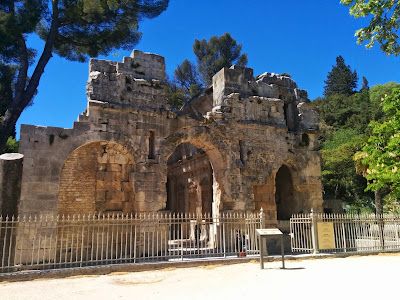 Within the Jardins stood the remains of a temple. To this day, the purpose of the temple remains a mystery. It stood behind a metal fence with a French interpretive sign. It was interesting to walk in and around it, noting the centuries of graffiti and little flowering plants poking through every crack they could. 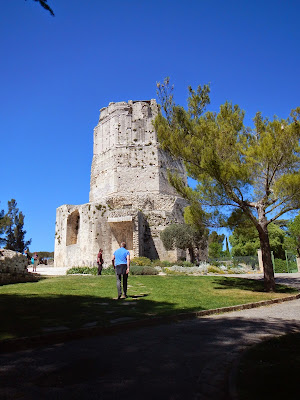 The only reason to visit this tower is to enjoy the view from the top. The tower itself is nothing special, apart from the fact that it’s about two thousand years old. It was originally built as part of the town’s defense system. We showed our entrance ticket and walked up the tall, spiral staircase to the viewing platform nearly 60 feet above the ground. It feels much higher on top, since the tower was built on a hill overlooking the city. From there, we had an excellent view of the arena and central boulevard as well as all the rooftops of the city. The platform was pretty small, however, so as soon as another group came up we had to leave. 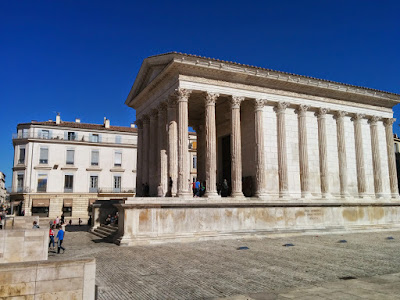 We saved the Maison Carée for last. From the outside, this is an impressive structure. It gleamed bright white in the sunshine. Its tall columns erupted out of the earth. Its clean lines and stout structure made it look like it was just completed yesterday. A huge courtyard set it apart from the busy streets and modern architecture all around it. It was magnificent to behold.

When we went to go inside, we were told that a movie played roughly every half hour, so we’d have to wait for the next showing. As we entered, we noticed that the place was completely modernized, containing a small theater for watching the movie and nothing else. The movie itself was not worth waiting for. The only reason it was remotely interesting was that we’d already visited many of the places featured in the film and had some sense of the history and locations. It would have been a terrible way to start our tour of the city. 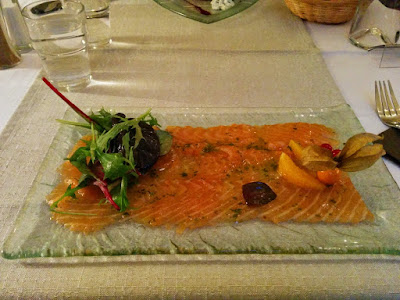 On top of all the sightseeing, we had some incredible food in the restaurants and from the street vendors. I loved the smaller feel of Nîmes, the clash of modern and ancient architecture, the friendly locals and the comfortable climate. I had no idea that my visit to Nîmes was just about to get even better with a visit to the Pont du Gard…