We’re not in Oregon anymore (even though it kinda feels like we are.) Take a walk through a man-made forest in the Maui upcountry. 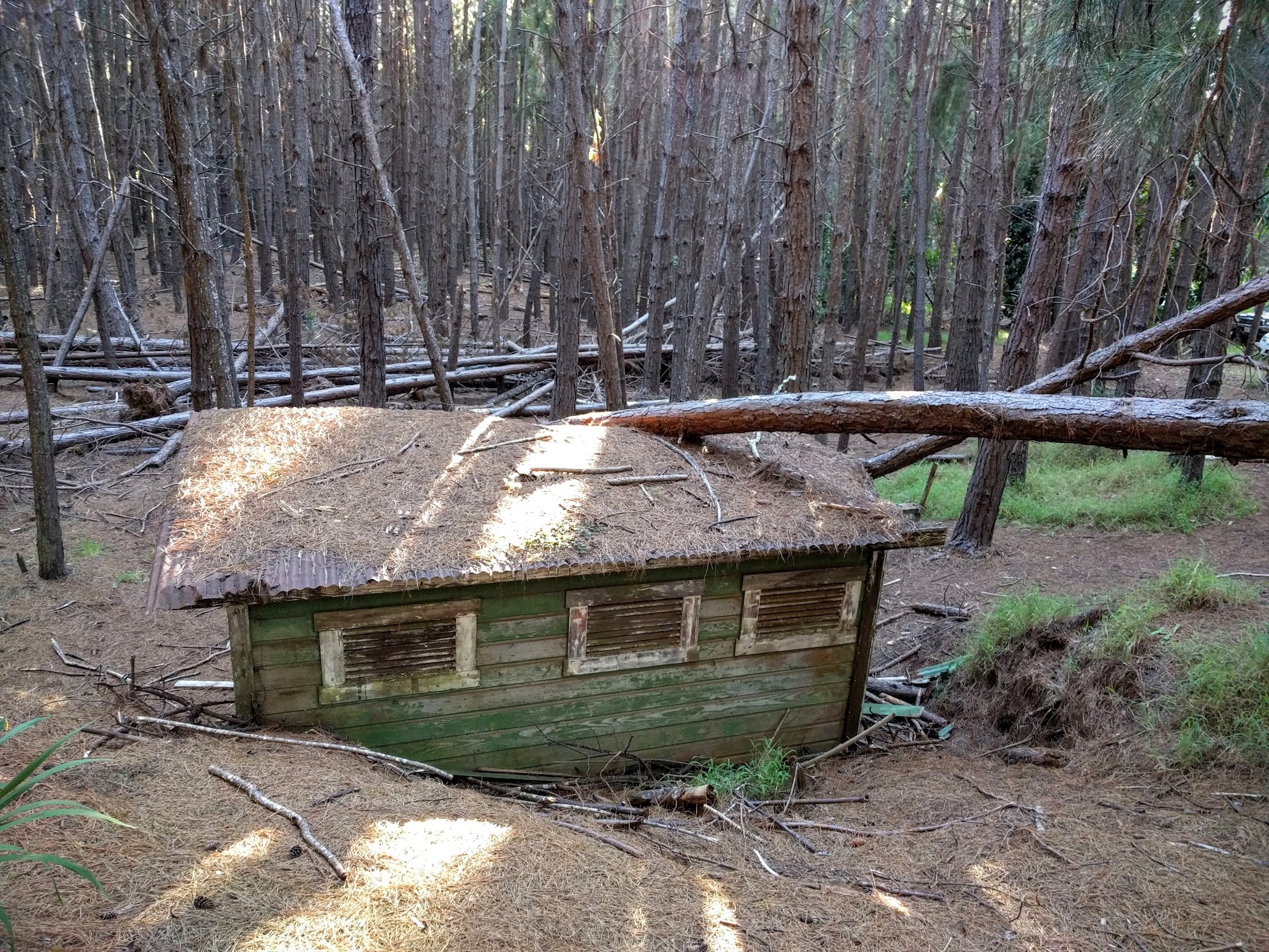 We arrived at the Kahului airport on a Saturday afternoon, excited to spend 2 weeks exploring Hawaii. The plan was to split our time between Maui and Kauai. We chose Maui for water sports and beautiful beaches, and Kauai for hiking and gardens. Our Maui rental was located in the “upcountry” region, far from the coast. Since I wanted to get out and hike on day 1, we picked the closest easy trail I could find, the Waihou Spring Trail.

We arrived to a surprisingly bustling parking area in the waning afternoon soon. Looked like this place was frequented by the locals, who were walking their dogs, taking a leisurely stroll, or wheeling their tunes around in a luggage-sized rolling speaker. Ha! And I thought people talking on speakerphone on the trail were annoying. This was a new source of irritation I didn’t even know was an option.

Anyways, we quickly brushed past the speaker-bound surf dudes and found ourselves walking through a very familiar-feeling forest. We could have stayed in Oregon for this, I thought. As we continued along, we came to a very brushy opening that was the alleged viewpoint. There, we saw a spur trail leading down to the Waihou Spring. This trail switchbacked down through the trees; this is where all the elevation change happened. In the woods we heard a pheasant and the nearly continuous crowing of roosters. Partway down we passed a couple of people stopping for a snack break and complaining of how hungry they were; they must have been needing a bit of fuel to get back up the trail. Soon we reached an “End of Trail” sign that terminated at a rocky viewpoint of a tall, wet wall. The wetness was the spring, and the wall just reminded me of Western Oregon basalt. So that was the spring.

We turned to go back to the main loop, and halfway up the switchbacks we saw the food break group making their way down. I guess less than a mile of walking on flat terrain was enough to work up their appetites. We passed them again and heard some scratching in the leaf litter. Suddenly two of the noisy roosters were in plain sight! This was our first forest rooster encounter, and at this point during the trip this was super exciting.

Back up at the start of the spur, we nodded to the speaker-toting broskies, who were taking their own snack break, and we finished up the loop. The forest was lovely once it was quiet. Sunlight streamed down in thin rays through the tall, thin trees. The branches seemed to create an arching canopy over the trails, as if we were walking through a royal passageway. In some locations, there were huge piles of branches that were arranged to form shelters. We couldn’t figure out if that’s what they were, or if a class had come through to practice building things, or they were part of an art illustration, or just kids messing around in the woods. There sure were a lot of characters out here, so all bets were off.

As we reached the trail head Aaron spotted what appeared to be a Northern cardinal hopping around on the ground near the trail. A cardinal. Out here? I was learning so much about introduced birds in my first hour on the trail.

The forested Waihou Spring trail is not the type of attraction that draws visitors to Maui, but it’s a nice enough hike to do if you’ve got an hour to kill in the upcountry. It was a strange introduction to being on vacation in the tropics. We’d have our fair share of beaches and rain forests in the weeks to come.