You can take the girl out of the city…

It was about time for another road trip. I planned a loop that would cover over 900 miles, not including side roads to destinations of note, taking me from Portland to some of the remotest parts of Oregon. Not surprisingly, folks weren’t knocking down my door to join me so I loaded up the Scion and took to the road on my own.

I drove east on 84 and didn’t get out of the car until I hit the small city of Union. Located southeast of La Grande, Union had about 2,000 residents at last count and a very short main street lined with a few small businesses, a school, a library and a park. I left my car at the city park and walked to a bench to eat some lunch. A group of young boys were playing football in the grassy field adjacent to my car. The sun shone, ice glistened on the surface of the partly frozen river, and the atmosphere of small town America engulfed me. I shoveled the food down fast; it was awfully cold outside. I was delighted to find a heated public restroom at the park, which I visited before stopping in the library for some information. 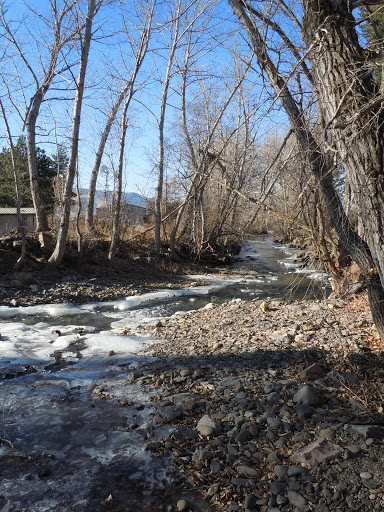 The librarian was very helpful in describing the few local sights to see as well as explaining the opposing viewpoints on the encroaching wind-power development in the area. Upon her suggestion, I walked along the main street, stopping into the few shops that were open on this quiet day, before detouring to the local cemetery. I walked along rows of old grave markers dating back to the 1870’s. I noticed many of these people died young, and there was an abundance of infant gravestones. In the back of the cemetery, some deer were making themselves cozy.

Before leaving town, I stopped in the hardware store for a hot beverage (logically enough) and then set my sights on Hot Lake Resort, another recommendation from the librarian. I hadn’t read about it before hitting the road so I wasn’t sure what to expect. 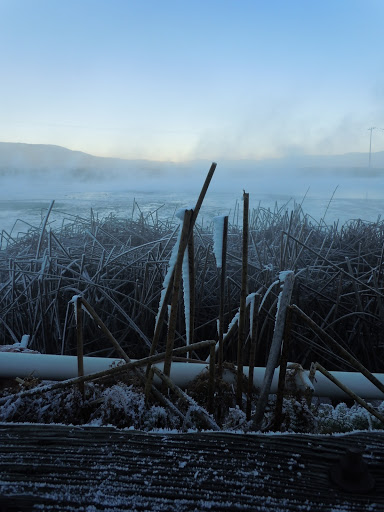 I pulled into the grandiose driveway of the place and gazed up at the massive brick building. I asked at the front desk what types of touristy things were available for day visitors, and I was told a $10 tour of the property was available. I thought that might be interesting so I paid my money and waited for further instruction.

It didn’t seem like they were used to getting many visitors this time of year; in fact, I felt as if I was a minor inconvenience. My “tour guide” set me up to watch a video in the empty restaurant and she walked out of the room. Christmas music played loudly both inside and outside the building, so it was hard to hear the people speaking in the video. The contents of the video made up a bizarre tapestry that included the history of the building, its subsequent purchase and remodel, the marital history of the couple who own the place, and the husband’s bronze sculpture studio. Blatant religious undertones lingered throughout the entire performance. It felt uncomfortable, like watching an episode of “The Office.” I wasn’t sure if I was listening to a sales pitch or a sermon. When the video was over, my tour guide was nowhere to be found. I walked out of the restaurant and into the gift shop, wandering around and looking confused until eventually we crossed paths.

Next she sent me outside to tour the grounds. I walked past the hot springs, various wooden structures, bronze artwork, a shed containing old fire engines, and other miscellaneous artifacts and doodads. It was as if everyone’s misplaced antiques from a 100-mile radius had been lifted up by a tornado and were deposited here. I came full circle and re-entered the building after photographing a nearby collapsed barn and harassing the resident peacocks. Again, I searched for my tour guide. She then informed me that I could walk upstairs and view the remaining floors, and she took off again. That’s it? I thought I would get a guided tour. 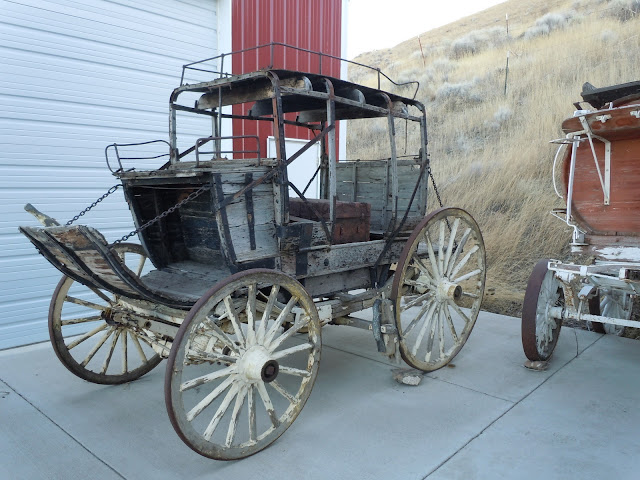 The inside of the building was just as unusual as the outside, except I was now getting mental flashbacks of “The Shining” as I walked the long, empty corridors of the old hotel. Christmas music blared over the loudspeakers as I examined the arbitrary antiques and peered into darkened corners of the building. It appeared that no one was staying here, and barely any staff were around. Occasionally, the matronly owner of the place would whisk by in a whirlwind, asking how I was enjoying the tour. She didn’t have a believable smile, and her intense eyes drilled into my skull before she disappeared down the hall. I felt like I was trespassing through a long-forgotten mental ward. The rooms seemed to have decorative themes, but there was little continuity from room to room. Some pieces of decor drew upon the history of the building, while others did not. Most of the rooms also contained a television or other random modern electronic device misplaced among the period pieces. One of the creepiest rooms was set up as if it were part of the old sanatorium. Cheap, stuffed mannequins modeled patients in beds. The room was white, almost too white, with beat up wooden floors and old metal furniture serving as the patients’ beds. Outside, the hallways were lined with articles written about the new Hot Lakes resort as well as clippings from the resort’s glory days in the early 1900’s. 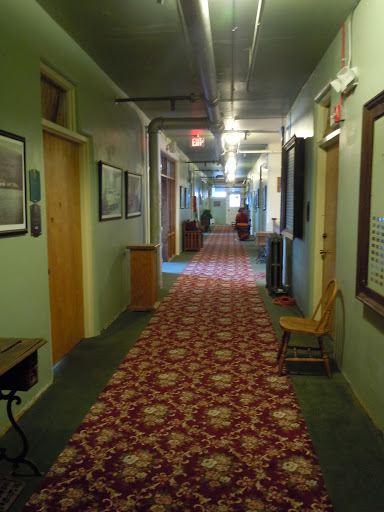 I wanted to get the most for my $10 but I also wanted to get the heck out of there. The museum was closed and the artist’s studio was closed so there wasn’t much else for me to see. I wrangled some lodging information from the seemingly brainwashed staffperson at the front desk before heading out. “I love working here! Isn’t this place great?” She was way too excited about this place…

Intending on exploring some ghost towns in the morning, I traveled west to Sumpter to try and find some dinner and a place to stay. There were two bars in town located right across the street from each other. The first one I entered was full of cigarette smoke. A two-man folk band was playing music in the corner and two old fogeys sat at the bar. I asked for a menu but all they had available were deep-fried foods, so I went to the bar across the street.

At the Elkhorn Saloon, the air was fresh and the atmosphere was lively. There were several people seated at the bar–locals, I think– and a large group of people clustered around a table. I saw a pool table, football on TV, and a restaurant-style seating area in the back. It looked as if Christmas vomited all over this place; the bar was decorated with lights, stuffed animals, figurines, signs, and other holiday trinkets. I asked for a menu, and was surprised to see no less than 30 different variations of burgers to order. Each menu item offered a different array of sauces and toppings, and each one sounded delicious. I ordered a hickory bacon cheeseburger and a beer and took out my journal to write. That was mostly a cover for eavesdropping, of course, since the locals’ colorful conversations were amusing. One cranky old man’s voice dominated everyone else’s, and he was dropping curse words like a sailor. I ate, drank, schmoozed with the barkeep, and killed a little time so my night wouldn’t feel so long. It looked like I’d be camping somewhere this evening as there was no cheap (or open) place to stay.

I ended up driving to Granite, the next town up the road, which had no services. I drove a bit further until I found a wide gravel pullout that would do for the night. I gathered some wood to build a fire and quickly piled on the layers. It dropped to at least five below zero that night. I was glad I’d brought both of my sleeping bags and my Gore-Tex bivy. I rigged up a warm sleeping cocoon as follows:

I laid down my RidgeRest sleeping pad, then my inflatable ThermaRest on top of that. Next, I rolled out my bivy sack on top. Into the bivy I stuffed a 15 degree down bag, then crammed a 40 degree down bag inside of that. I took some hot water off the stove, filled a one liter Nalgene bottle with the hot water and tossed that into the bottom of the 40 degree bag to keep my feet warm. Lastly I laid my pillow at the top of the whole shebang. I brought my nice shaped memory-foam pillow from home, which was now frozen solid. I didn’t know pillows had a range of operable temperatures. As soon as I burned through my wood I jumped into my cocoon and slept beneath the stars.