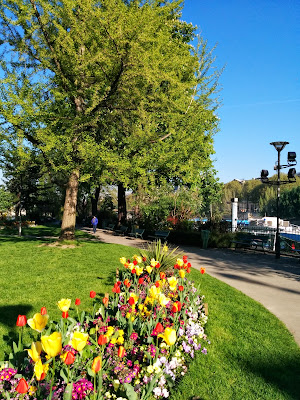 Five days in Paris is not enough to see the city, but Aaron and I did our best to see the major sights without too much rushing around. We managed to get around the city on foot 95% of the time, with just a few Metro rides to help save some time and to save our sore feet. My travel to Paris served two purposes: to attend a certification workshop for MovNat, and to visit the city as a tourist. I’ll describe the tourist portion of the trip here, with a detailed description of my workshop experience on JessBFit.com. 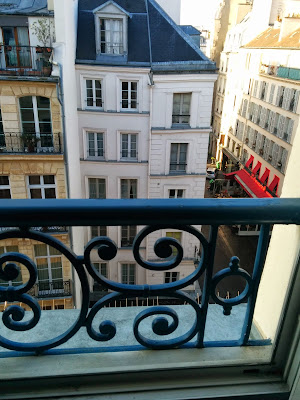 Hotel rooms in Paris are microscopic and expensive. A little searching on the web brought us to AirBnB, a site that allows property owners to rent rooms, apartments and homes around the world for short periods of time. We rented a 5th floor apartment on the Place des Innocents, right in the heart of Paris’ Right Bank. From there, we could get anywhere we needed to go. In a 20 minute walking radius, we had the Louvre, Notre Dame, Jardin des Tuileries, and the Latin Quarter. Plus hundreds of restaurants, cafés, stunning churches, beautiful fountains and many small parks. All that convenience also meant there were always lots of people around and they were up partying well until the wee hours of the morning. It’s a good  thing we tuckered ourselves out during the day so we could sleep soundly at night.

What better way to see a new city than to walk its streets? After settling into the apartment, we headed back down to the main square and began walking towards the Louvre. Although it wasn’t on our to-do list today, we thought it might be nice to check it out and to see just how crazy of a wait it would be to get in. Our observation: insane. We took a look at the line and continued walking. 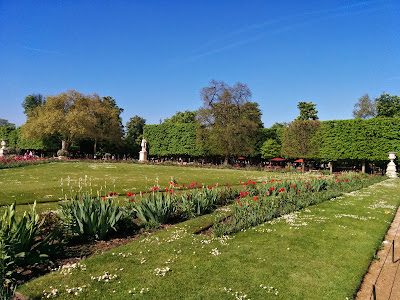 Our journey took us next through the Tuileries Garden, where perfectly trimmed trees, colorful flower gardens, and huge statues existed in harmony. The park was buzzing with Parisians having a chat, a coffee, a stroll or a smoke. Ah yes, smoking. I’d forgotten that that was a thing, having no friends who smoke, and having smoking banned pretty much everywhere in the US. It was a bit of culture shock to be sucking in cigarette smoke constantly, especially in parks and sidewalk cafés.

Undeterred, we continued our walk past an obelisk and out to the famed Champs Élysées.  The sidewalks were very wide and they were packed with people carrying shopping bags from the many stores lining the strip. I was feeling a bit like one tiny swimmer in a pulsating school of fish. But we were determined to follow the street to its end at the Arc de Triomphe. I had an insider tip that the view from the top was the best in Paris and there wouldn’t be a line of people waiting. I was sold. 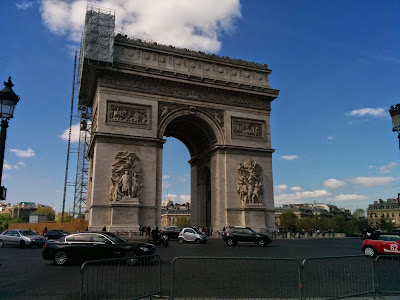 Sure enough, there were lots of people walking around the bottom of the monument, but not too many coughing up the 9.50 Euro to go inside. We did, and were pleased to find excellent views of the city from the top. The nice weather was the cherry on top. We took our time getting various angles from various perches atop the Arc. One side was under construction and covered with scaffolding, which was par for the course for nearly every architectural landmark in Paris. 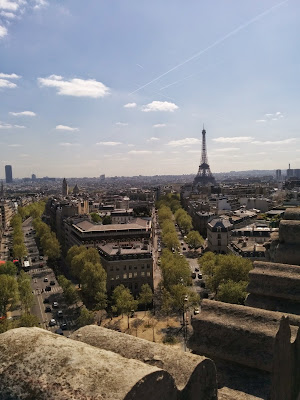 We looped back to the apartment via Rue St. Honoré, which was quieter and more pleasant than the Champs Élysées. My feet were tired. It had been a long day of walking after a long night of flying. We were happy to have a kitchen so we could make a relaxing dinner at home before turning in. The party outside had just begun.

The next morning, we knew we had a jam-packed agenda so we got an early start. Today we’d visit Île de la Cité, an island in the middle of the Seine, then cross over to the Left Bank. Before we could do either of those things we were distracted by shiny objects in the distance. It was a pedestrian footbridge covered, deck to railing, with thousands of padlocks. There is a fairly recent tradition that couples will attach a lock to a bridge, then throw the key away in the river as a symbol of their undying love for each other. It sounds pretty tacky, but the colorful glimmer coming from the huge mass of locks is quite a sight to see. In a city where everything is centuries old, the padlocks are almost like a piece of modern art. 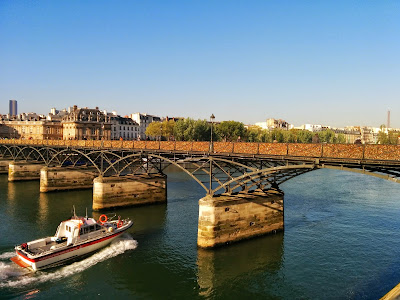 Okay, one distraction down. Next I had a mission to visit the tiny park on the tip of Île de la Cité, near the Pont Neuf Bridge. A fellow Corvallis French Club member had told me it was his favorite spot in Paris. I had to go.

We found a narrow set of stairs leading down to the park from the bridge that brought us to the park. It was beautiful, freshly watered and cleaned, with several pretty trees and plants lining the fences. With the river flowing lazily by in the background, it was a treat for the eyes. But not for the nose. It smelled like urine and boat exhaust. Plus I’m sure someone was smoking on the lower level. We hung out as long as we could stand it, then headed out towards Notre Dame.

Along the way, we happened to see signs for Sainte Chapelle. Sure, Sainte Chapelle wasn’t on our short list at first. But we’d seen some photos of its stained glass windows while visiting the Arc de Triomphe and became very interested to see it in person. We took a detour. 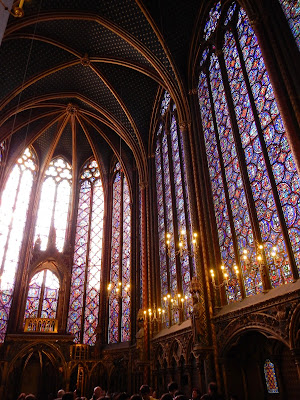 There was a great deal of construction happening here, but it did not detract from the incredible beauty of the place. Stained glass windows from the 13th century extend 50 feet high, sending beams of brightly colored light into the upper chapel. Every inch of the interior was decorated with paint, meticulously carved stonework, and colored glass. The level of detail was mind-blowing. Sometimes those places that you discover along the way bring the most joy. Score another point for taking a walking tour. 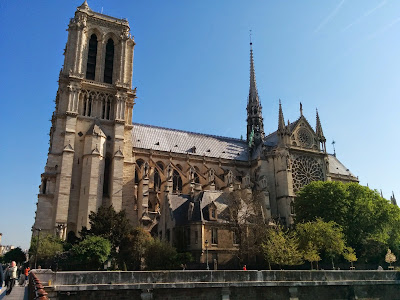 Before taking off for the Left Bank, we had to at least see the outside of Notre Dame. To contrast the two, Sainte Chapelle was like the slender, agile kicker, and Notre Dame was like the solid, defensive lineman. Notre Dame takes up space. From the outside, it looks gigantic and somehow it seems to be bigger once you go inside. The ceiling is so high it seems to reach into the heavens. What supports the weight is beyond my understanding of architecture, because the interior is so spacious, the whole thing appears to be supported by puppet strings.

Despite the “Silence” signs all over the cathedral, it boomed with sound inside. Hundreds of visitors were talking, banging sticks together (?) and generally making a ruckus. Visitation skyrockets when the entry fee is zero. At the back of the cathedral, sounds from a choir practice attempted to cut through the noise. There was something about listening to singing inside a huge cathedral that took my breath away. 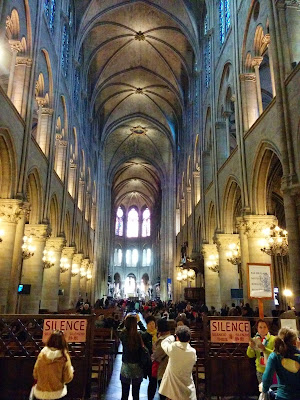 Nonetheless, we took our time walking through all the parts of the cathedral, admiring the windows, sculptures, painted patterns on the wall, and all the little details that made the building memorable. The delicate decorations contrasted with the simple, unblemished brick walls, columns and arches. The design allowed you to focus on the stories told in the vivid imagery plastered throughout the building.

Eventually the crowds really got to me and I had to get out of there. We admired some views back at the cathedral from afar before finishing our river crossing and exploring the Latin Quarter.

2 thoughts on “Paris in the Springtime, Part 1”