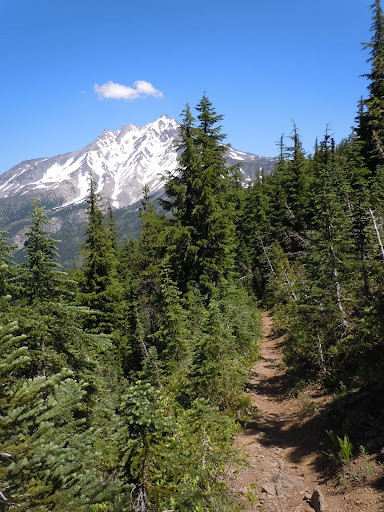 I took my first and last visit to the Pamelia Lake area today. See, I had to stop at the Detroit Ranger Station to pick up a limited entry permit. I called them the day before, thinking it would be easy to grab a mid-week permit. I was right. This year, they’re free and available up to 30 days in advance from the Ranger Station. Next year, the permits are only available online, and they come with a $6 processing fee attached. Yeah, Forest Service, nice way to stick us with a fee. So, I’m glad I sneaked in this year without having to buy my way in.

A sharp turn to the left brought me to a noticeably rougher trail and a stream that completely covered any vestige of footpath. I took off my socks and shoes to wade in the comfortably cool, ankle to knee-deep water. On the other side I dried off my feet, re-shoed, and headed up. 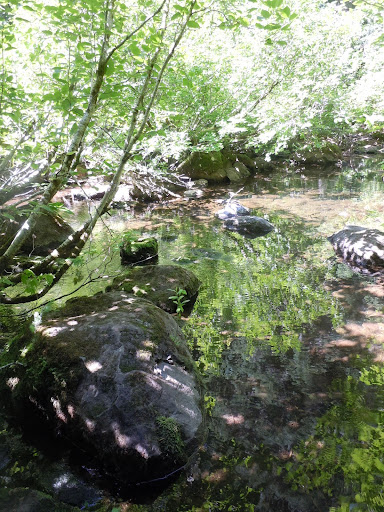 Yes, now it seemed the trail would go up. As I switchbacked along the trail, my mind was set adrift. Each foot continued to land in front of the other, but I paid no mind to the effort. It was that blissful state only to be achieved alone in the woods walking with just my own thoughts for company. Before I knew it, I stood atop this pretty summit, with glorious views of Mt. Jefferson to enjoy.

I was well prepared for a casual day on the trail. I took my shoes off, ate lunch and dove into a mindless, easy to read novel. I sat in the shade to avoid overheating in the direct sun. And when I grew hungry again I devoured a leftover birthday cupcake, not before taking a photo ala pdxgene. 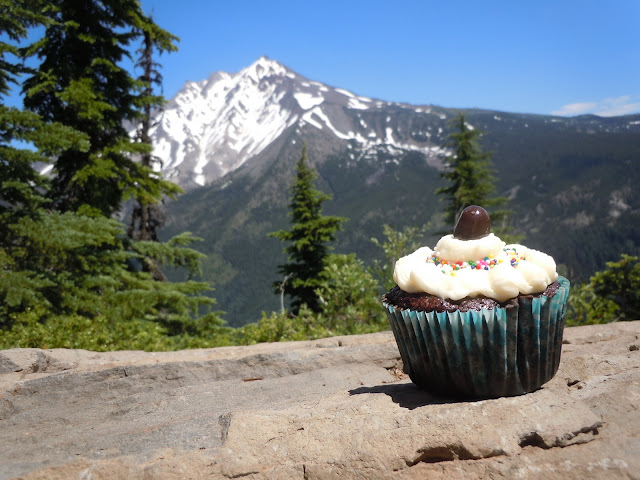 When I was ready, I cruised back down to the lake and continued along the shore to find a place to take a dip. There was one family splashing about in the lake, but no one else that I could tell. The older guys were heading out as I headed in. So, I walked until I was out of earshot of the family, dropped my pack and got in the water. It was so delightfully cold! It was equally delightfully filled with pinkish jelly-blobs that must have been filled with some kind of eggs. I ignored the blobs and focused on the loss of feeling in my lower extremities, and decided it was time to sit in the sun on the beach. I took the book out again, but then decided on a nap. 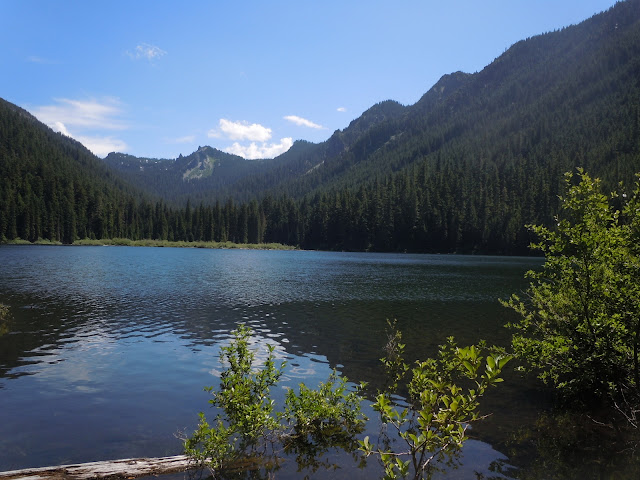 I was rudely awakened by some clanging coming from my pack. Some squirrelly varmint had gotten into my bag of carefully selected trail mix. Gasp! And, double gasp, it was my only supply of trail mix for the three day trip. Curse you, varmint.

I got my shoes on and hiked back out. It was only on the way out that I noticed I had to walk through a massive boulder field in the woods before the trail head. What’s the story here, I thought. A major flood? That little stream must have been enraged to toss that much rock around. 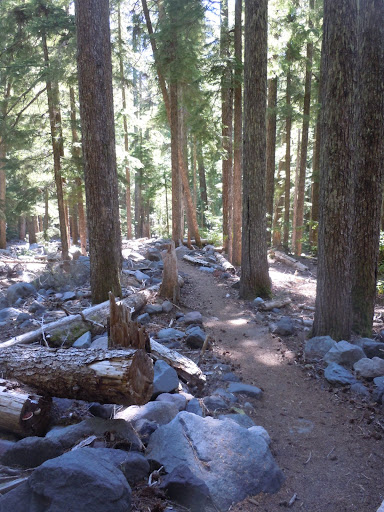 I must admit, Pamelia Lake was gorgeous and much less crowded than I anticipated. Maybe I’ll take one last trip out there later in the fall.