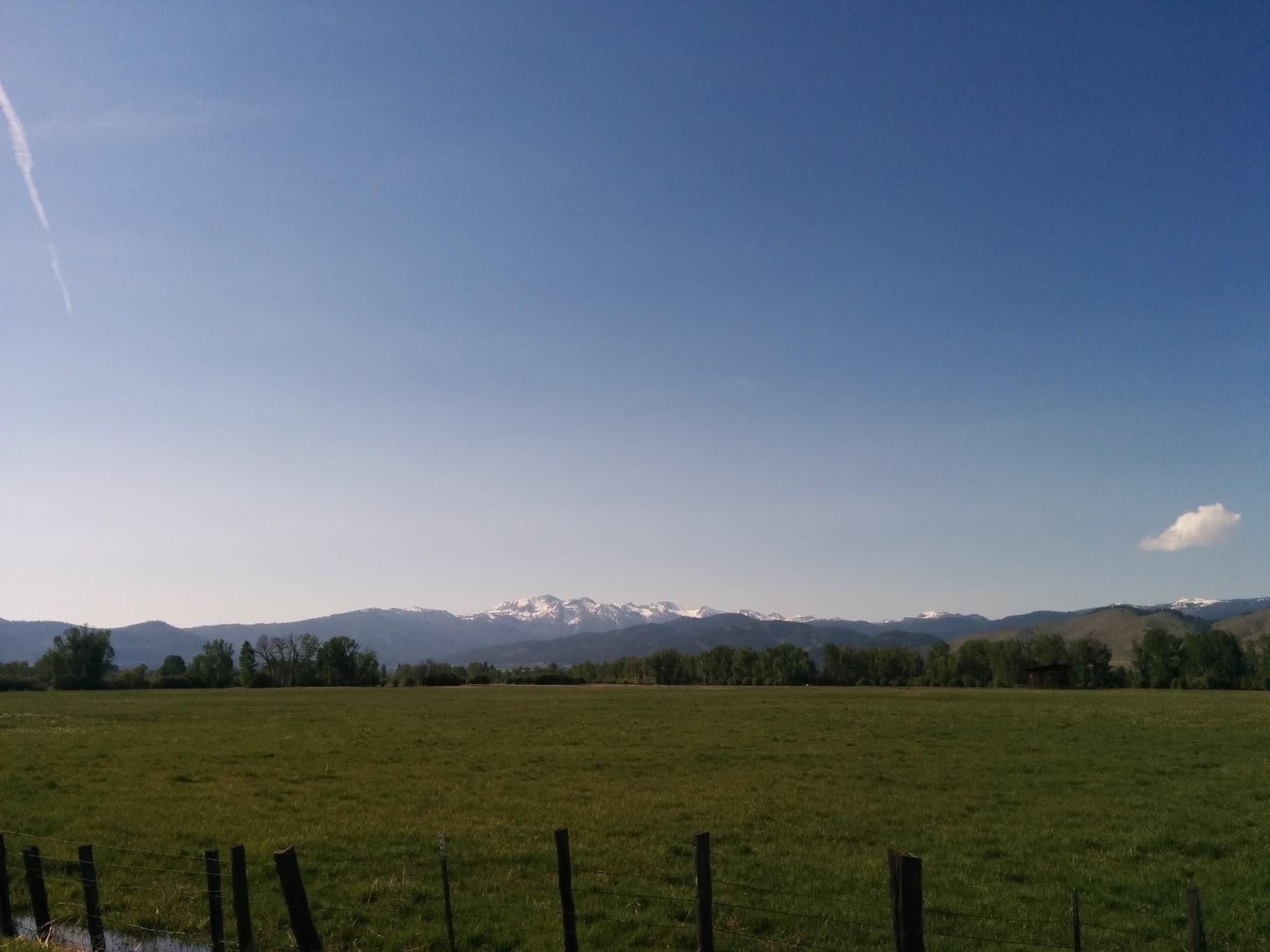 Photo album on Google plus

This was the last big stop on our spring roadtrip. We had no plan, except Aaron had never visited the Wallowas and he wanted to check it out. Although most of Oregon had a low snow year, the Wallowas seemed to still be buried in snow. Wanting to learn more about current conditions and access, we stopped into the Pine Field Office near Halfway in the southern part of the forest. This was the least heavily visited part of the much beloved Wallowas. I wasn’t sure what to expect from the rangers but we figured we’d give them a chance.

Much to my delight, there were two women working the desk: one young lady who first greeted us and seemed new to the job, and an older woman hiding in the back. The older woman emerged when she heard our long list of questions and she was incredibly helpful in answering them. She sounded like she was out on the roads and trails frequently (a rarity among rangers I’ve met at the ranger stations) and had decades of knowledge accumulated from working and living in the mountains. When we said we wanted to climb up to see some views, she pointed us to the East Eagle trailhead. After describing the best driving route, she explained that the Little Kettle Creek trail would lead us up a bunch of switchbacks to an amazing view of the mountains. We could stop and turn around at any point, but we surely couldn’t take the trail all the way to Crater Lake due to the snow.

When we arrived at the trailhead, Aaron got packed up for a 6-mile hike. In my head, I’d already decided that we were going to press on through the snow to find the lake. I hadn’t shared that little tidbit of information yet.

As I packed up for a 12-mile snow adventure, I broke the news to him. I rarely see Aaron put on a grumpy face, but I sure was treated to one today. I said, “well, we’ll see how far we feel like going,” knowing that I was hell-bent on making it to the lake. 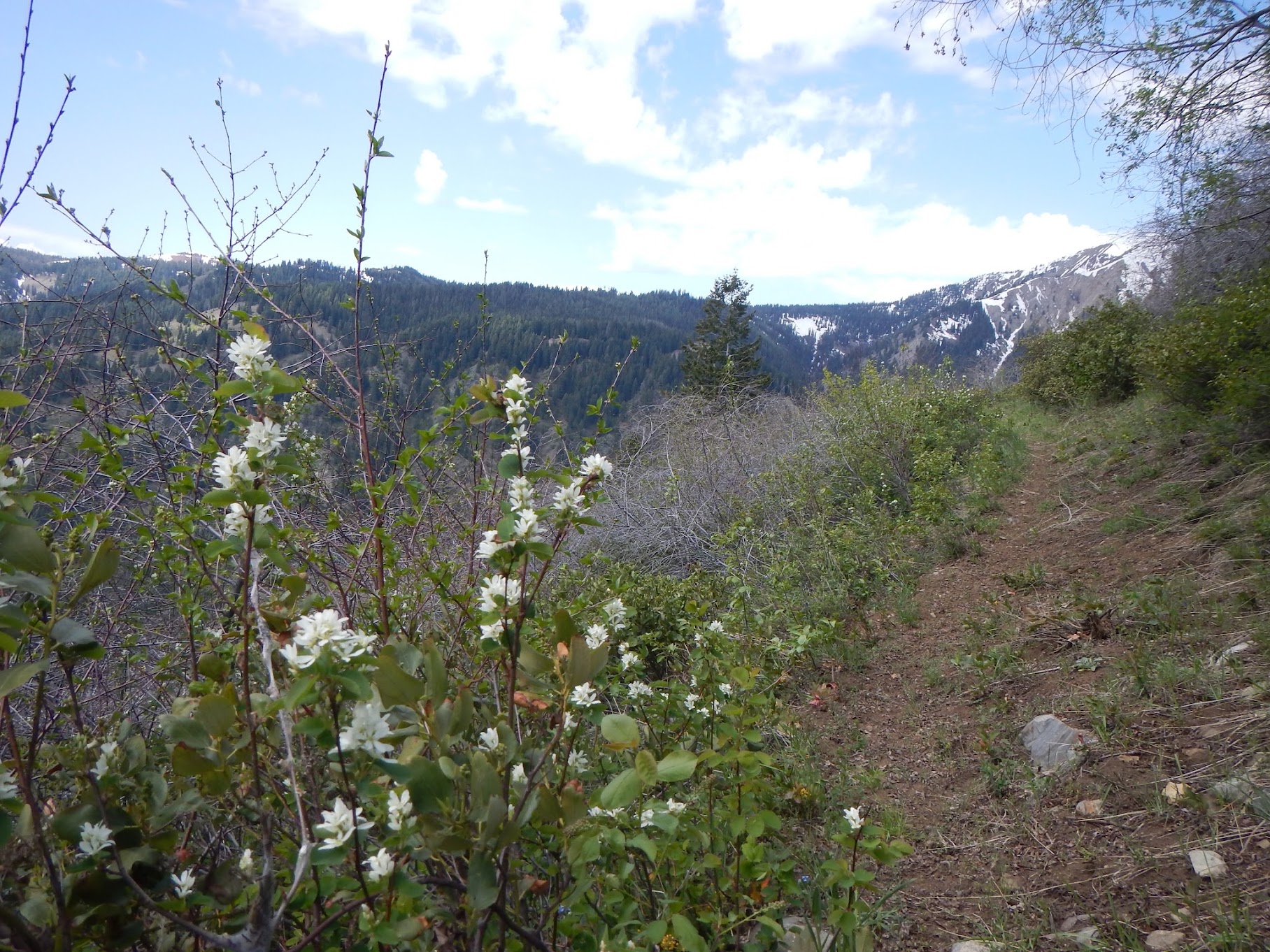 Off we went, up a steep, dirt track that seemed to lead to nowhere. “What the…?” Already we were bushwhacking and confused. After some mucking around, we found the actual start of the trail and began hiking up.

The trail climbed, and climbed, and climbed up a series of steep switchbacks. We huffed and puffed for breath and quickly warmed up. As we ascended, we began to get views of the beautiful mountaintops. I knew it would be worth it. I still don’t think Aaron was convinced. He charged up ahead, I could barely keep up. My lungs were straining, my legs not cooperating. I felt totally off today.

As we silently walked through the forest, we were startled by a pair of equally startled elk. We saw their huge backsides as they bounded out of view. I don’t think either of us had come so close to elk in the forest. I thought maybe that would help win Aaron over. 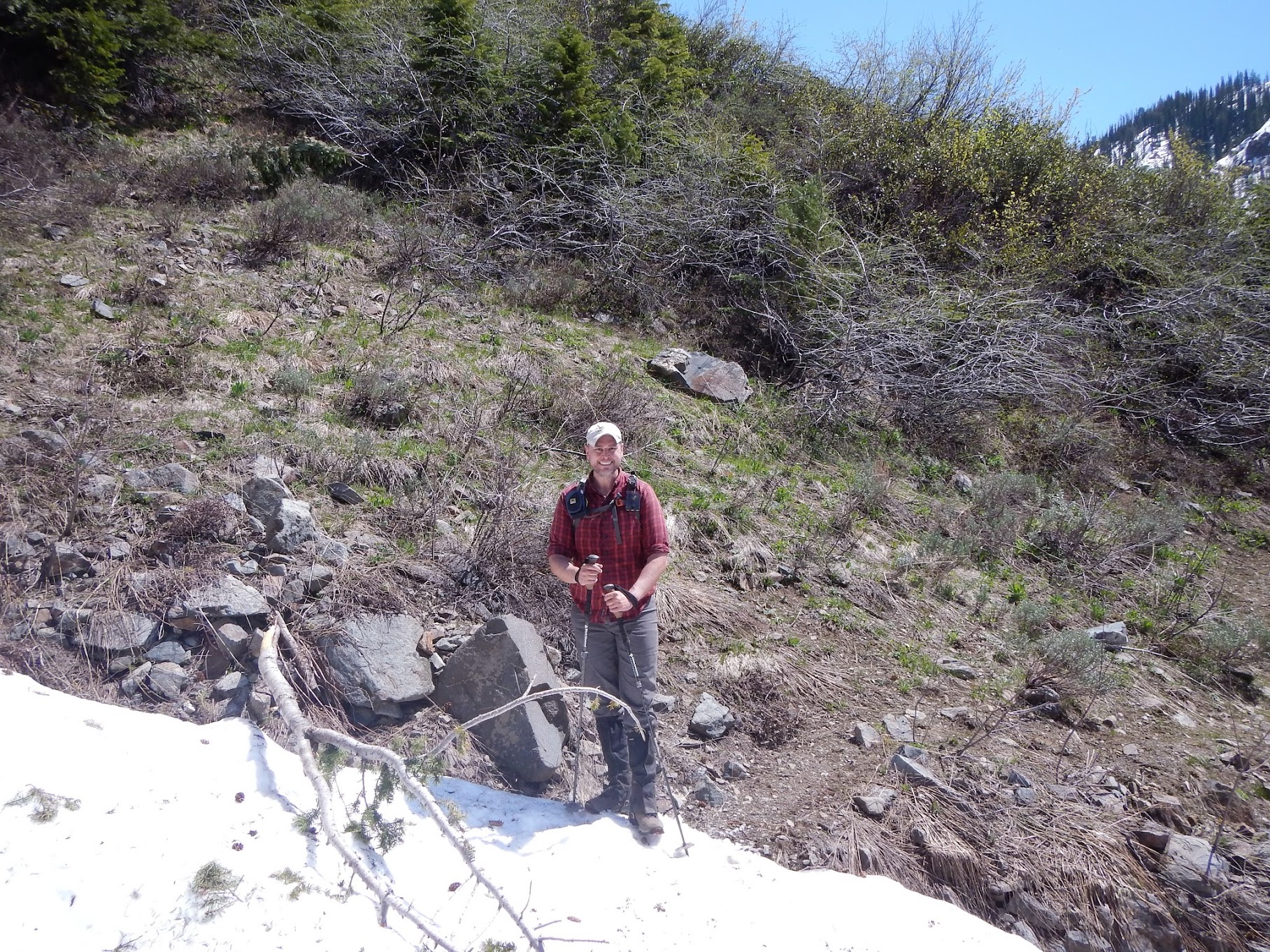 Eventually we left the bare ground behind and began to cross larger and larger patches of snow. Aaron was at least prepared with his Yaktrax; mine were buried in the car somewhere. I slipped and slid right behind him as we continued up the snow. All signs of the trail disappeared, and we switched to navigation by geographic features and the map. At the bottom of a basin, it was not entirely clear which way to go, and where exactly we would find the lake. So we took a gamble and committed to climbing up a wide snow ramp to a nice viewpoint. 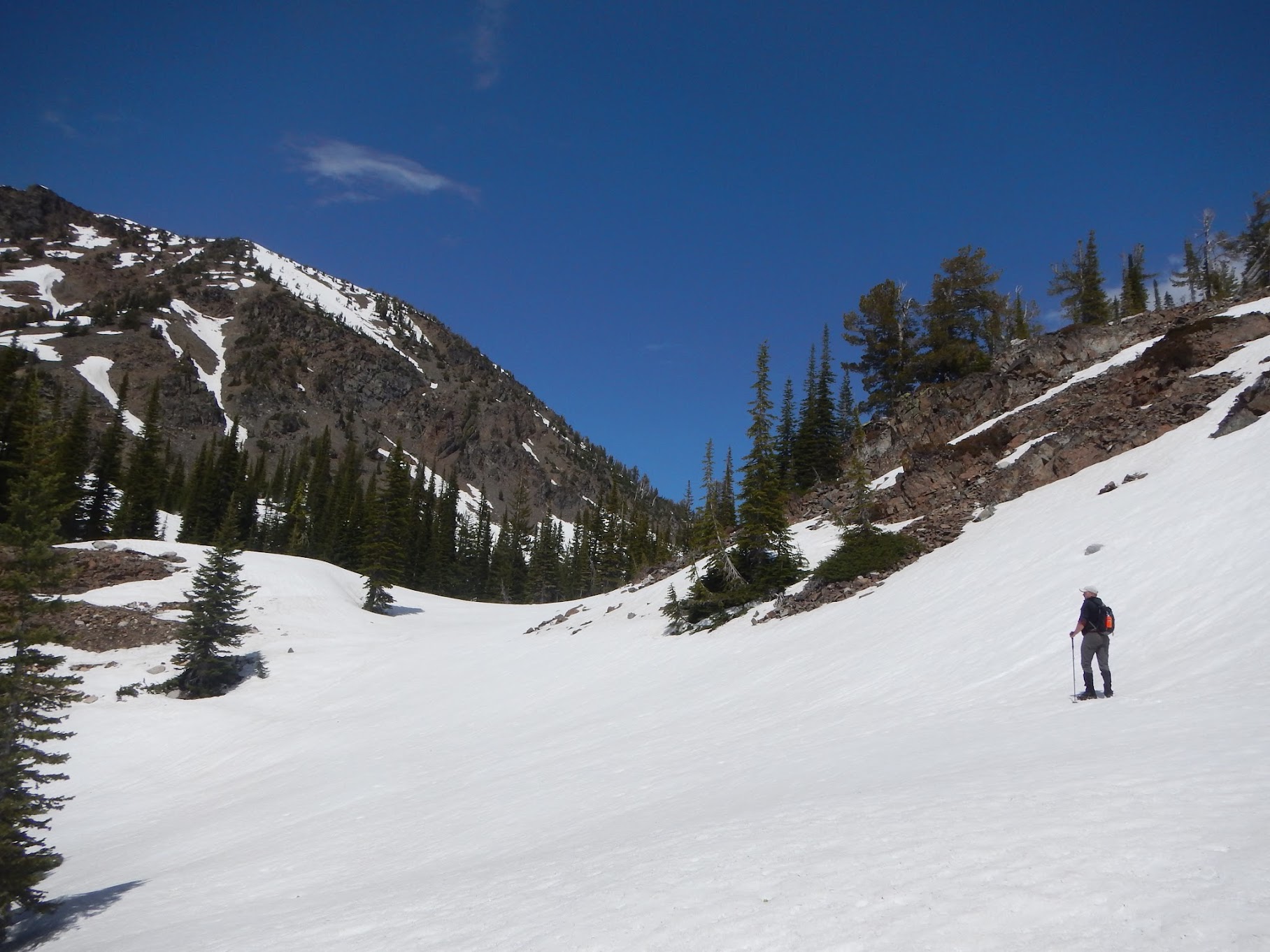 From there, we peered down on what looked like a body of water. We both said: is that the lake? Are we done? But we both thought: that’s definitely not the lake. Tired from all our snow slogging, we regrouped and made a plan. According to the book, the lake should have been about a quarter mile past the ponds. We could do that. We kept going.

It was the longest quarter mile in history, but we emerged from the trees to gaze upon a large, snow-covered lake. A ring of bright blue snow melt encircled the lake. It was stunning. I dropped my pack to explore, take pictures, and soak in the experience. It was worth every step.

As we turned to retrace our snowy footprints back to the trail, we relaxed a bit and settled into a comfortable pace. Crossing the rocky plateau, we stopped in our tracks when we heard rockfall. I scanned the cliffs above us and saw…goats! There was a herd of mountain goats tooling around on the rocks. We watched them for a bit, wishing we had binoculars. So far it was one of our best animal sighting days! 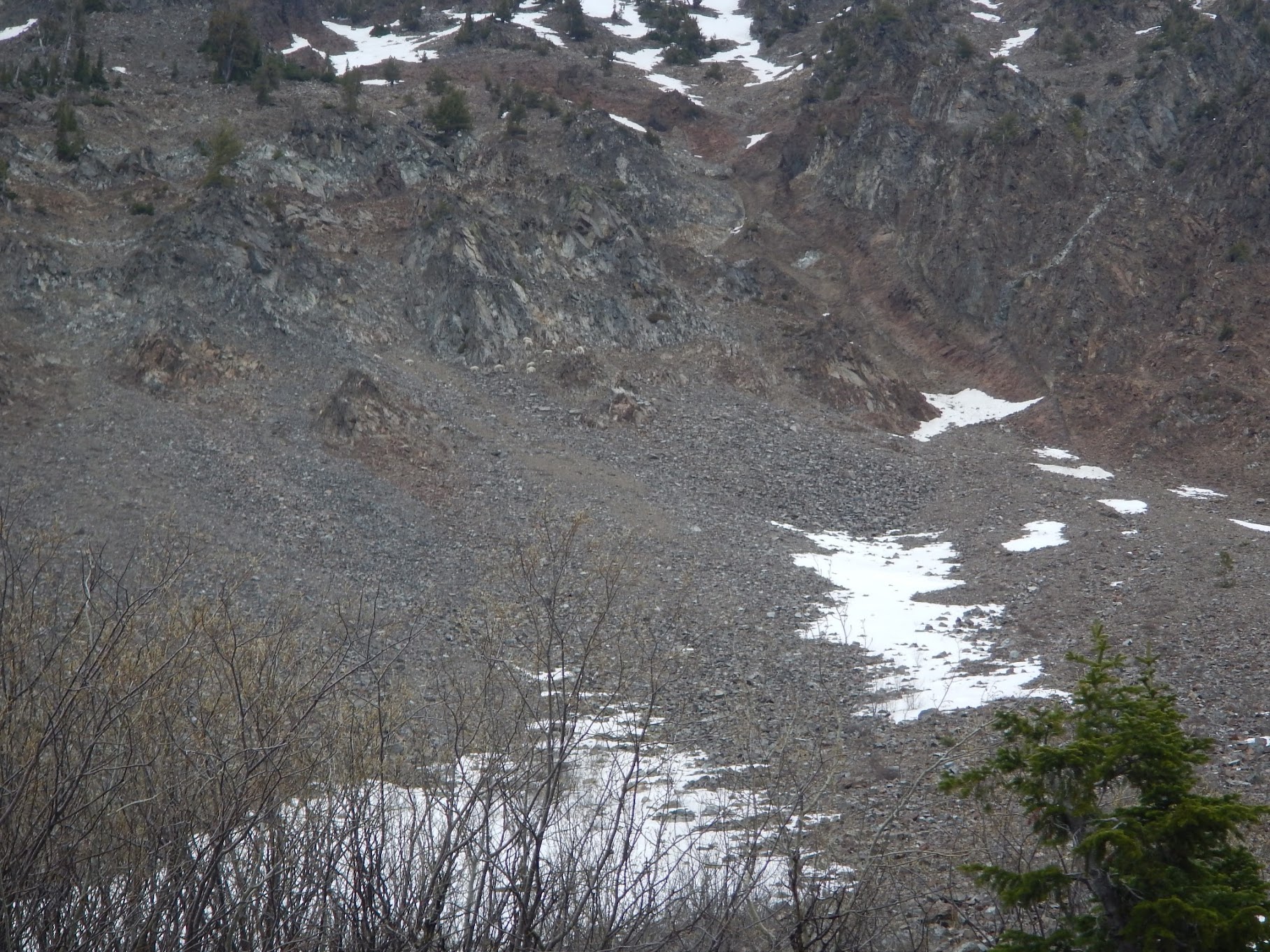 Walking downhill was a dream. We could really enjoy the scenery around us. We hadn’t seen a human all day. Hiking in solitude, in one of the most picturesque places in Oregon, turned out to be an incredible last chapter in a memorable trip. I am so grateful to have a partner who is always up for a crazy adventure, who is adaptable, willing to walk forever in the woods, and willing to drive long distances just to find our own quiet piece of the world. 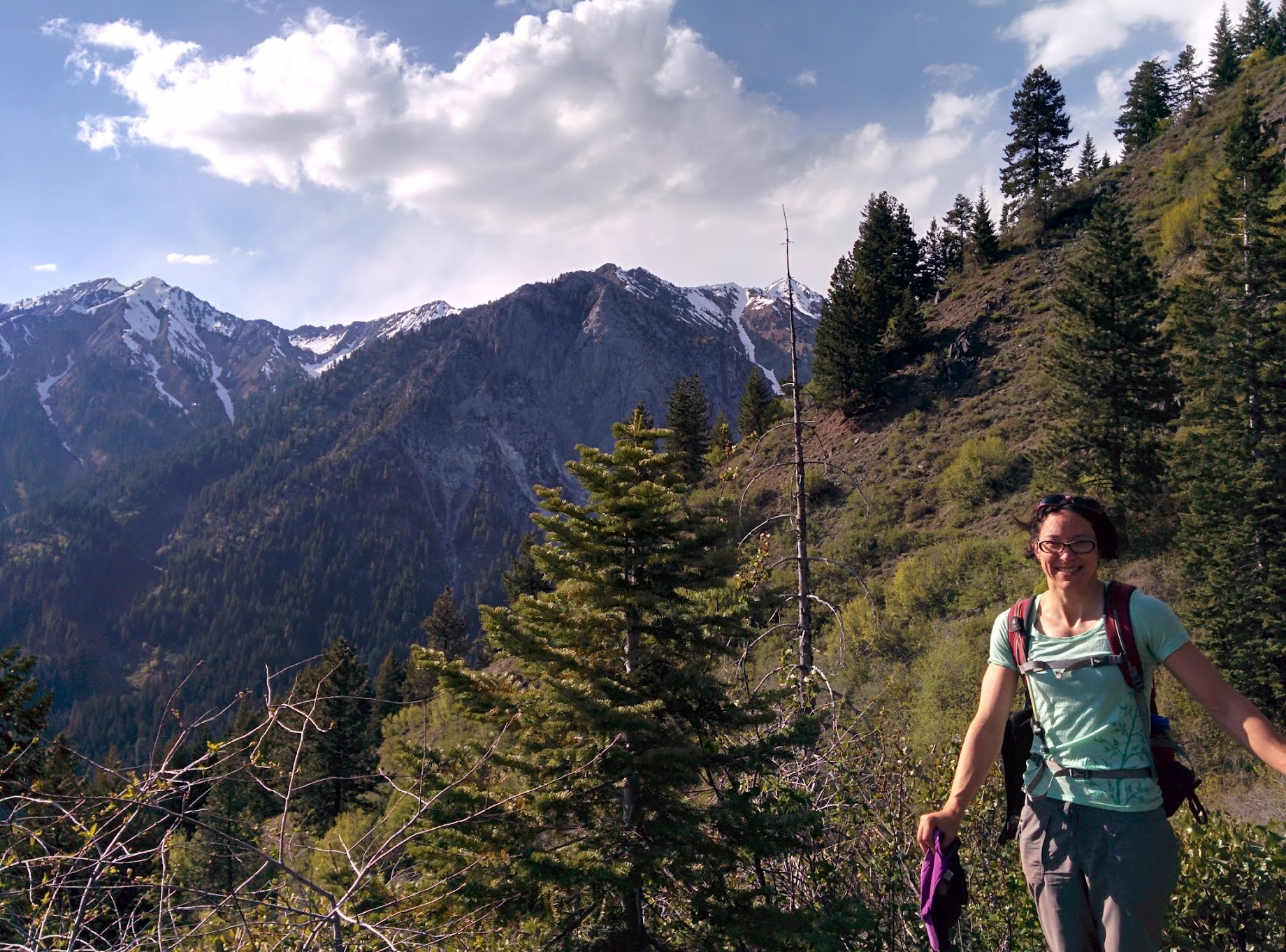