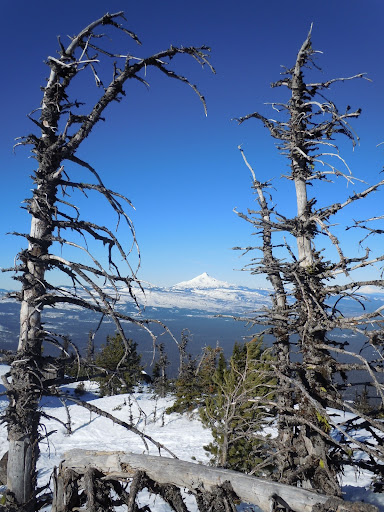 Most of the year, the trek up Black Butte is pretty short and straightforward. When there’s snow on the ground, it’s another story. Fortunately for us there hadn’t been too much new snowfall, so the ground was really well packed down. Nonetheless, we prepared for a long day of hiking.

In an attempt to shave off some mileage, we turned up road 1110 towards the trailhead to see how far we could drive before the snow got too deep. The answer: not too far. It took us probably just as long to extract the car and get it pointed downhill again as it would have taken to just walk up from the base of Green Ridge Road 11. Oh well.

Snowshoes on and loads of food stashed in our packs, we marched up the long road that winds up to the “start” of the Black Butte hike. It was chilly in the shade of the trees, but the knowledge that we’d eventually break out from beneath the evergreens brought warmth to my bones. 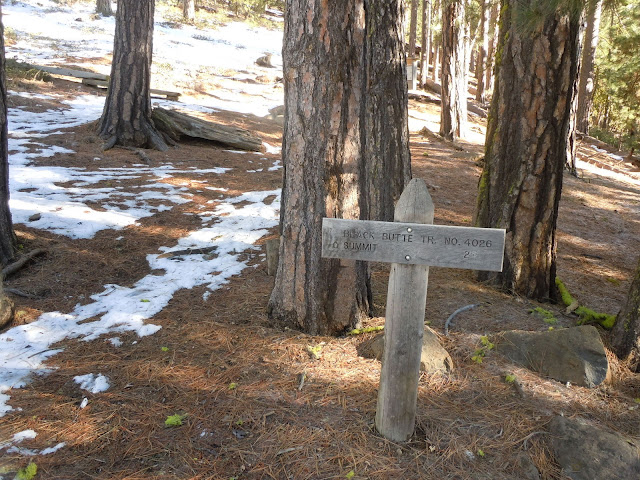 After about three miles, we reached the trail head, where the sun had melted away much of the snow covering the start of the trail. Interesting. The trees parted slightly here, allowing some bright light to reach the ground at my feet. It was lovely. Here we began the fun part of the hike.

The snow quickly returned as we continued up the trail. The sun felt hotter now as it was higher in the sky and the shade trees were less overbearing. We stripped down some extra layers and began taking more water breaks. Slowly and steadily we made our way up the trail as it traversed across the wide slopes of Black Butte. Once the trail took a sharp bend around the other side I knew we were getting close. 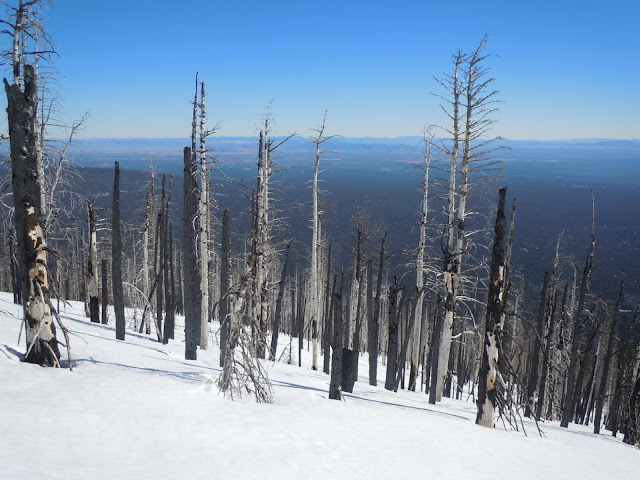 It was here we lost the trail and decided to head straight up the invitingly smooth snow slopes. The trees here were recovering from a fire; the charred, black remains of scattered tree trunks made an eerily beautiful backdrop for this magnificent day. Once the fire tower was in clear sight, we set a straight trajectory for its base. Little did we know, the trail would have taken us far across the other side of Black Butte’s summit area.

Near the fire tower we dropped our packs and enjoyed a ridiculously good pizza party while savoring the views of all the Central Oregon volcanoes. The sun was blinding, and we had to dust off our sunglasses and sunscreen to survive the intense conditions on this treacherous alpine summit. For the next hour and a half we wandered around, taking pictures and savoring the experience. We walked over to the actual touristy summit area, where the old cupola stands. There, we could see as far north as Mt. Adams! What a day. 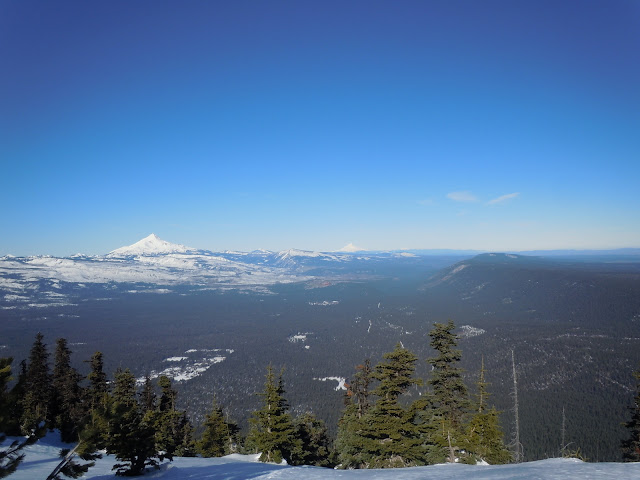 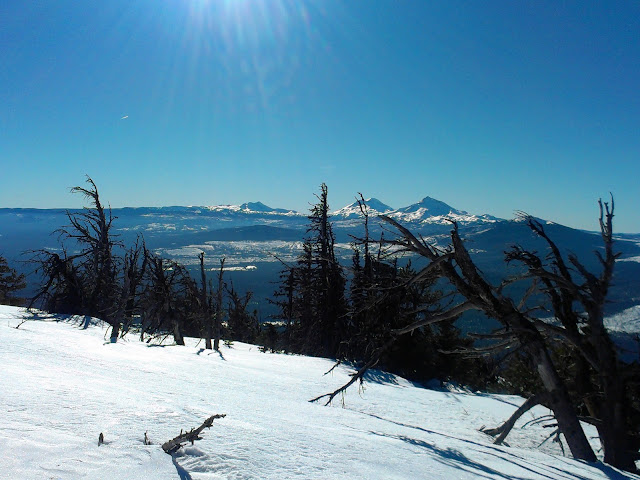 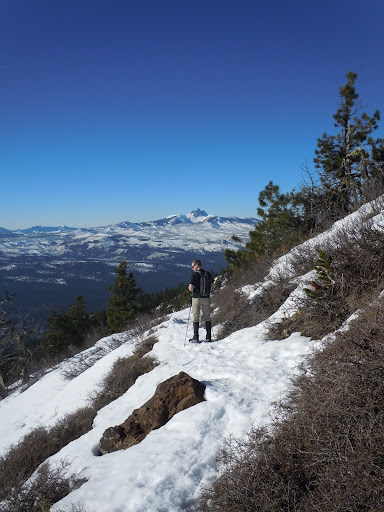 Eventually we packed up to make the return trek. Despite there being lots of footprints up the road and along the trail, we hadn’t seen another human today so far, which was nice. We made it almost back to the trail head before coming across a group of three ladies and a dog, who said they hoped they didn’t block our car in with theirs. Thanks.

The walk out along the road was knee-jarringly dull, but it was totally worthwhile considering that the rest of the day had earned a high rating on the awesome scale. Just before reaching the car we passed another couple walking their dog, and then it was home free. Although there were three vehicles parked at the base of road 1110, we were able to sneak the car out through a gap that wasn’t too badly snowed in. Sheesh. Who parks straight across the base of a road with fresh tracks leading up it?

I highly recommend snowshoeing up Black Butte, especially in packed snow, as a decent way to spend a day on the trails. It’s not quite as challenging as its reputation, but it will make you put in some effort for the summit.