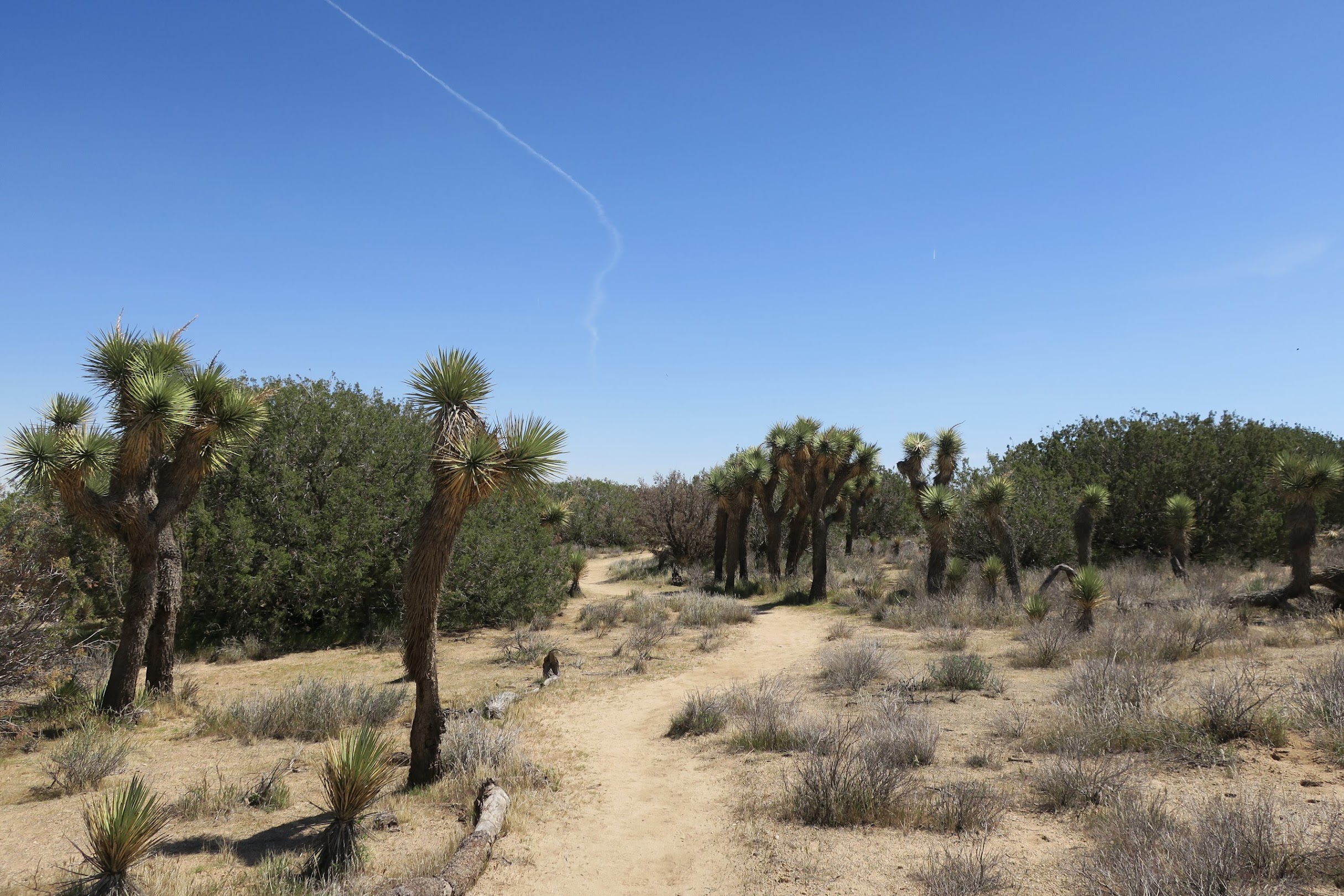 After the hike through the Poppy Reserve, I headed west to the Arthur Ripley Desert Woodland. I only knew this park existed because I noticed it on the map as I was plotting my route to the poppy fields. It was billed online as an “impressive stand of native Joshuas and junipers.” Sounded pretty cool to me.

I drove to where the park appeared to be on the map (no phone, no navigation, no Internet, remember?) but there wasn’t a parking area or clear signage. There appeared to be a place on the side of the road where people were parked adjacent to the park. And after driving past it twice I figured this must be the way to get in.

I was grateful to find a couple picnic tables under a sun shade where I could eat my peanut butter and jelly sandwich out of the sun. It was hot. There was one other couple sitting there, deep in conversation about some office gossip. They kept lowering their voices as if I had any idea who they were talking about. I guess they weren’t on vacation, or they don’t know how to vacation. 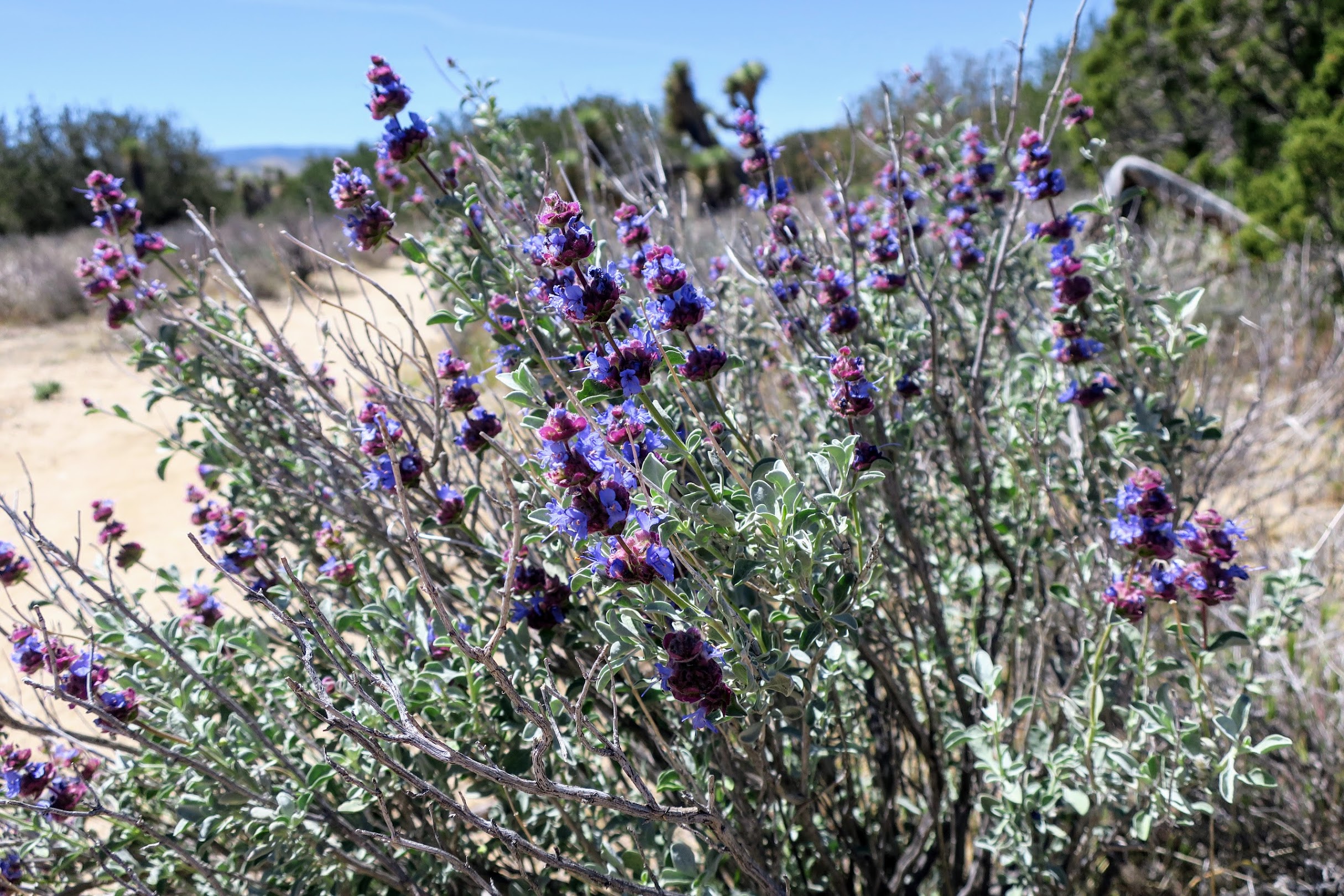 After lunch I walked along the self-guided nature trail. It was an impressive stand of Joshua Trees. They weren’t densely packed like an old-growth forest in the Pacific Northwest, but there were a lot of trees nonetheless. I would have preferred a nice, thick canopy to block the sun but I took what I could get.

Among the Joshua trees there were cactus, sagebrush, juniper and other desert natives. Not too much was flowering, in stark contrast to the poppy reserve. The juniper here was clearly different from the juniper that I was used to seeing all over Central Oregon. The California juniper are shorter and more scraggly looking than the familiar Western juniper. According to my informational brochure, trees can be either male or female: male trees bear the cones and female trees bear the berries. But there’s one catch: they can flip sexes during their lifetime! 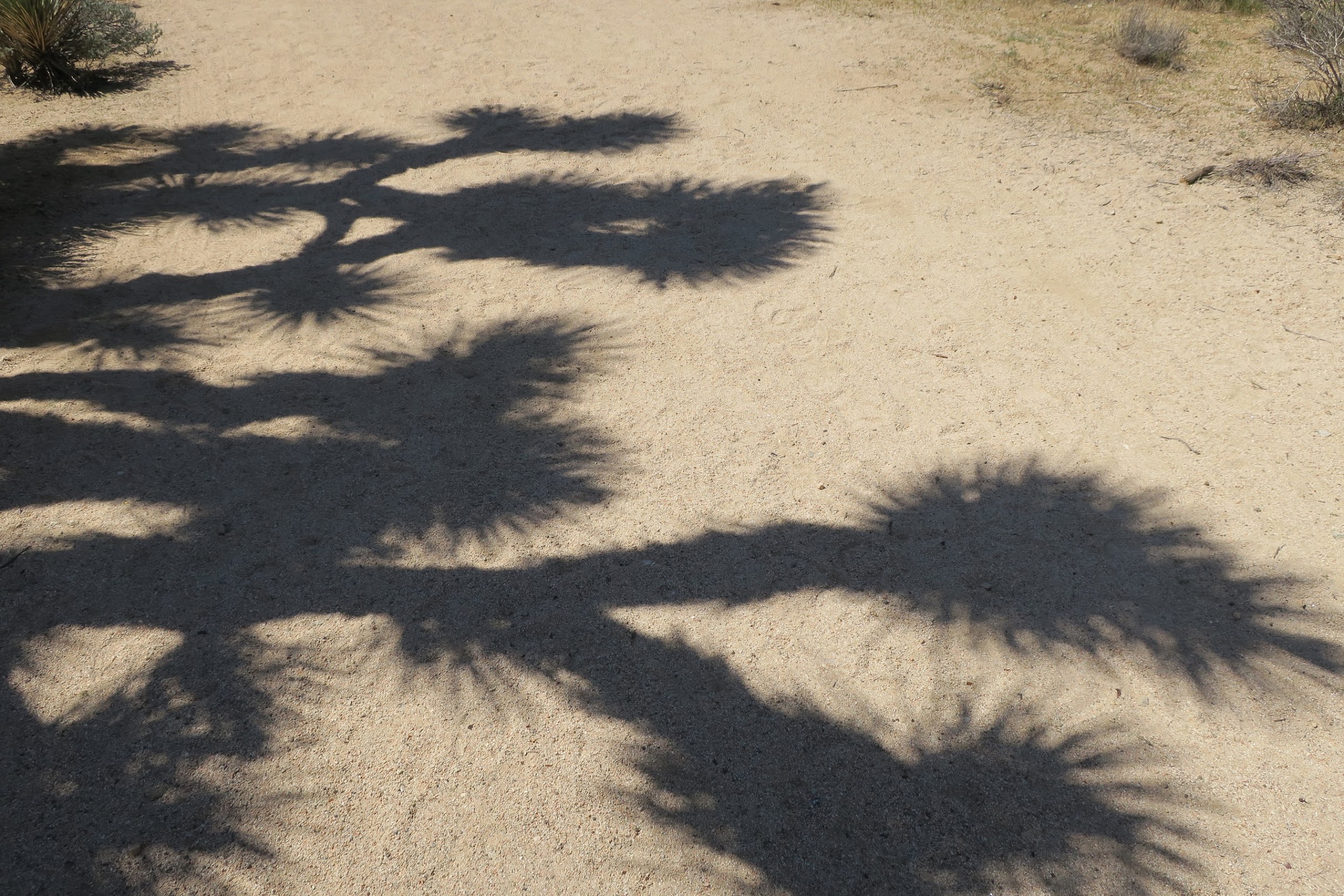 Other fun facts from the brochure: Joshua trees create clones of themselves by growing rhizomes under the ground. New sprouts poke through the soil from the laterally running rhizomes. Joshua trees can also grow from seeds. And since they grow more like palm trees than juniper trees, they don’t form tree rings with each passing year. Therefore, it is very difficult to determine the age of a Joshua Tree.

This cute little park made a nice rest stop. But now it was time to carry on to the next oddball park on the list…