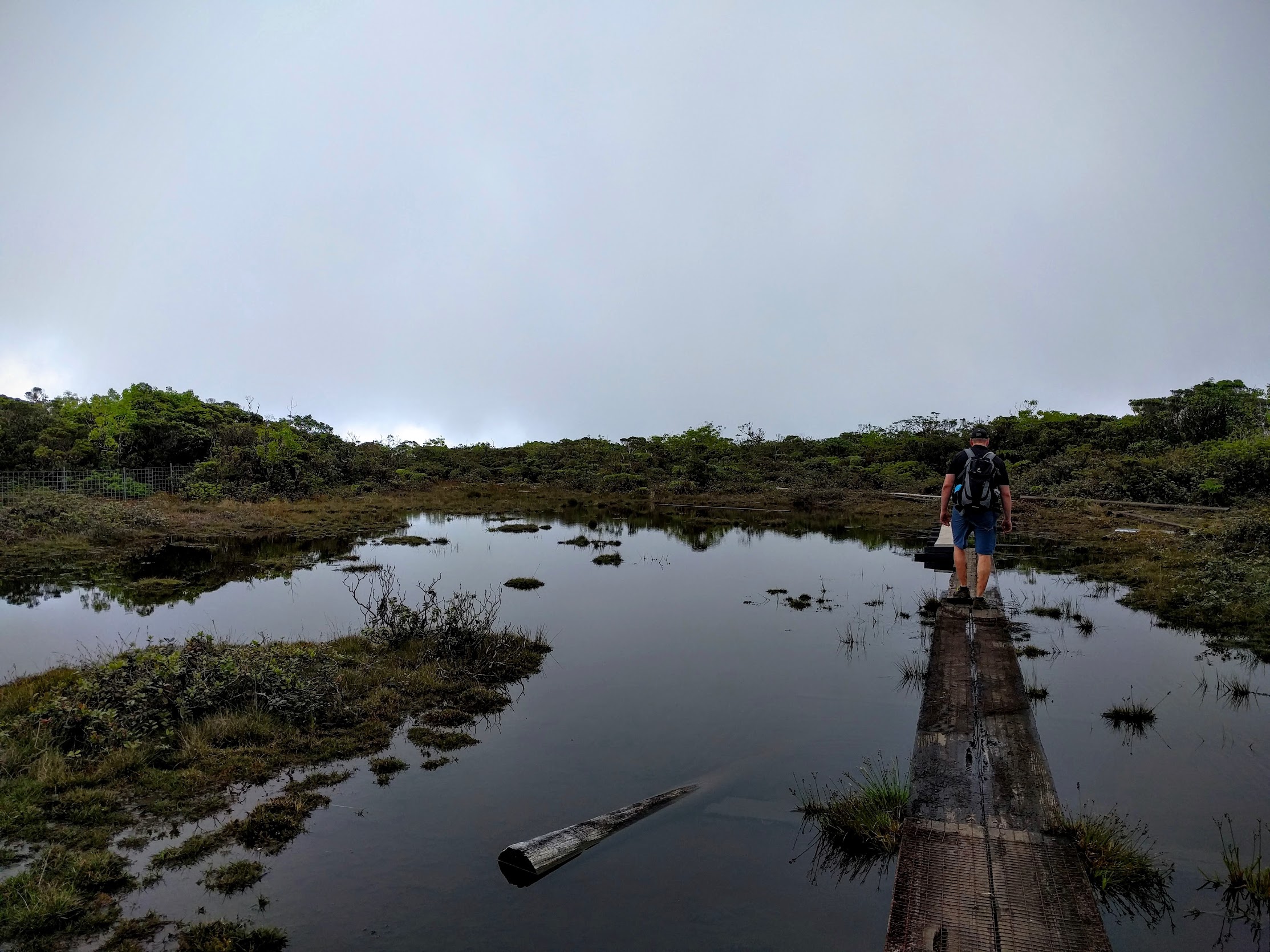 We arrived in Kauai yesterday, with enough time to get settled in to our new place. We visited a couple of over-run tourist viewpoints, did some grocery shopping, and took the stand-up paddleboards for a test spin. All in all, a pretty mellow first day.

Now it was time to hit the trails. Our first destination was clear across the island, up the Waimea Canyon. This is one of the places everyone talks about visiting when you mention you’re traveling to Kauai. This island is for hikers, everyone had told me before our trip, so we were going to love it here. 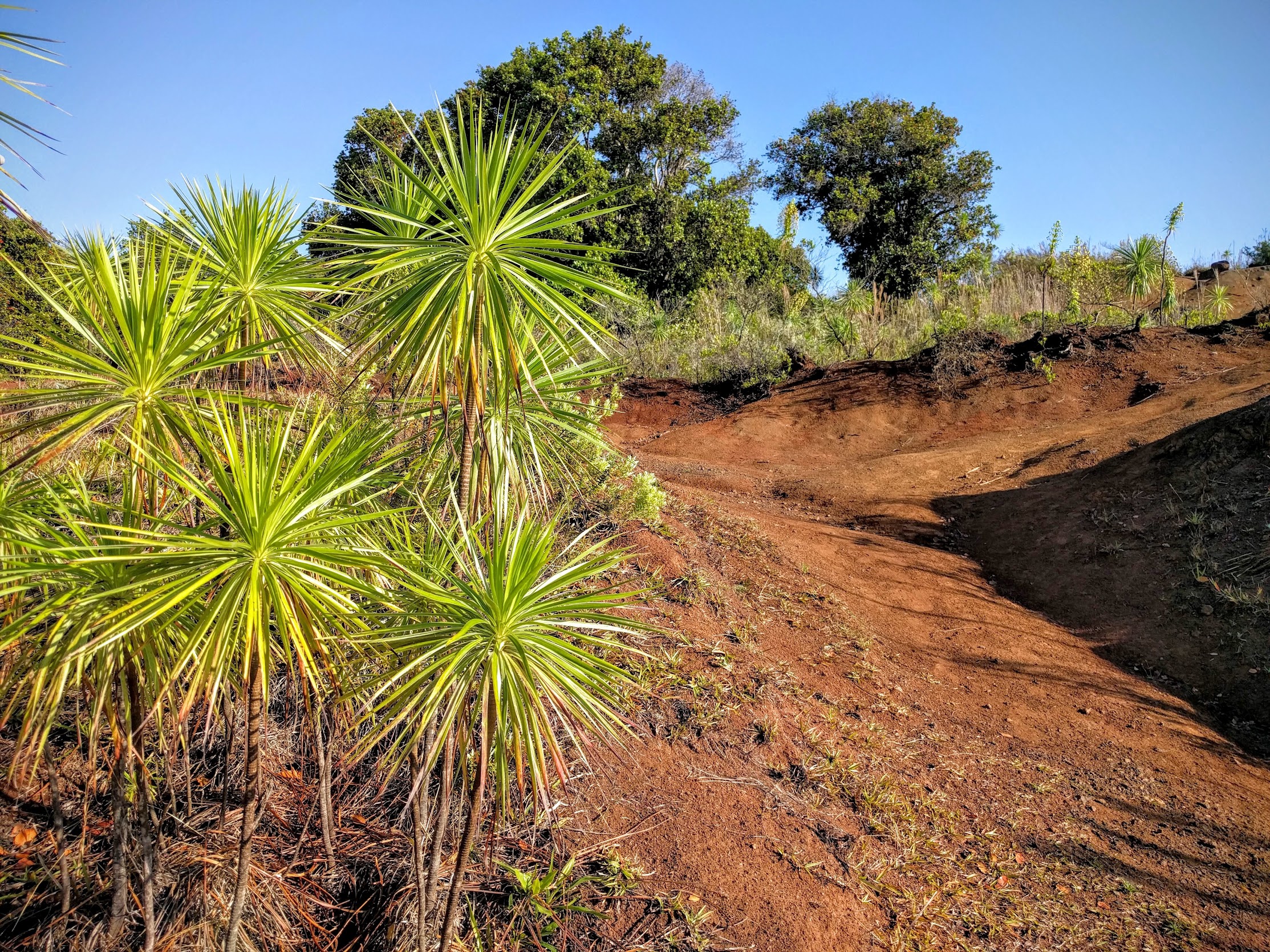 On the long, winding drive up the canyon, we pulled off at a sign for the Iliau Nature Loop. This quarter-mile loop was a treasure trove of beautiful, native Hawaiian plants. We found interpretive signs near many of the unusual plants that described their human uses and unique characteristics. Some of the native plants included: ??hi?a lehua, koa, p?kiawe and of course, iliau. The iliau, found only on Kauai, is a relative of the silversword we saw at Haleakala Crater. Ihe shapes, colors and textures of the flowers and leaves captivated my imagination. It felt like walking through a Dr. Seuss book. Quite possibly one of the biggest bang-for-your-buck 0.25 mile hike there was. 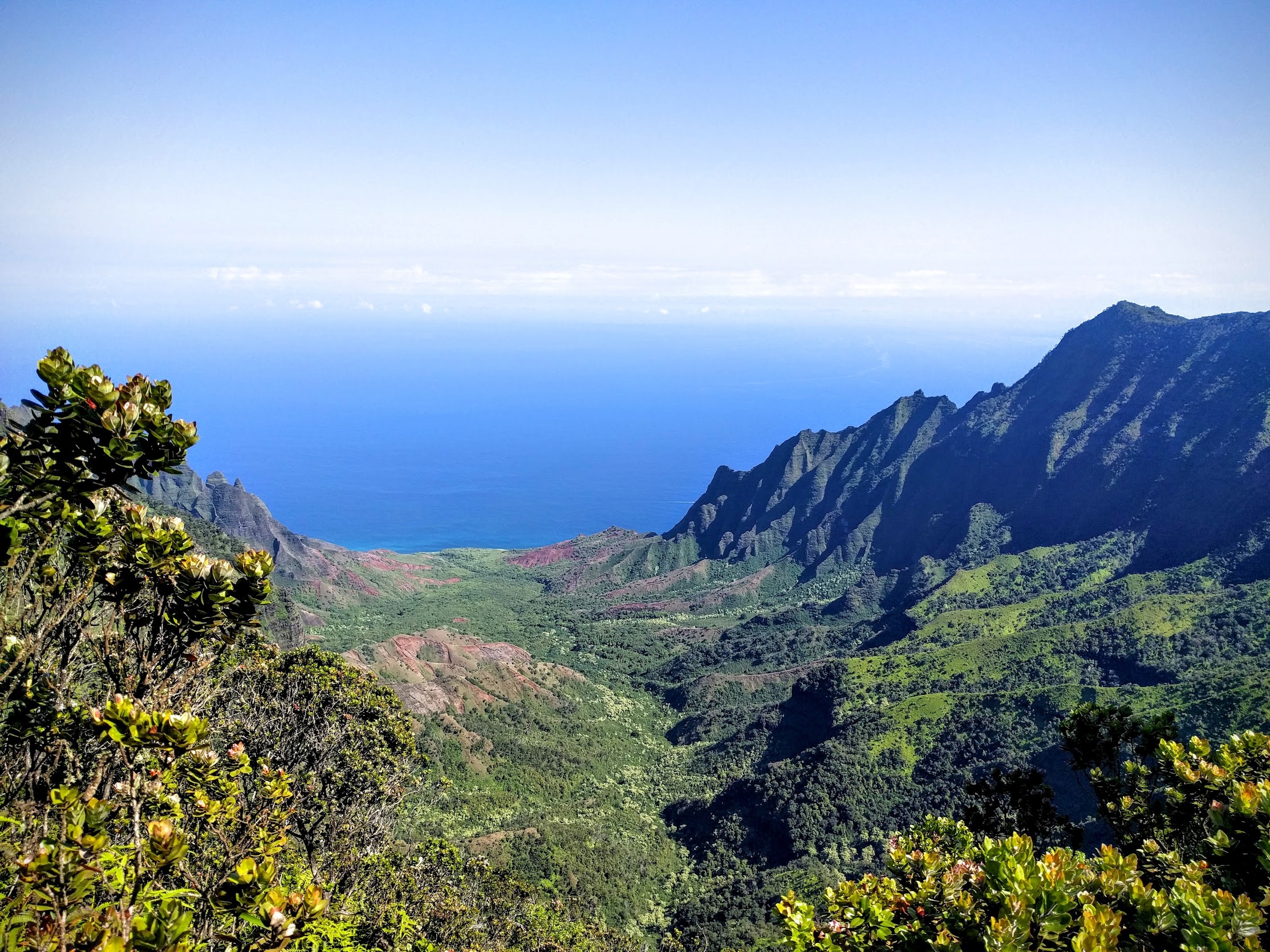 We continued up the road and stopped at the park store, which was just opening up. There we bought a trail map and talked about hiking options with the store clerk. Quickly we got back on the road to drive all the way to its end.

The trailhead, and a popular viewpoint overlook, was at the end of the road. There were many people standing around taking pictures of the gorgeous Kalalau Valley. We took it all in, then walked down the trail.

Today was pretty dry. The trail, which was heavily traveled and rutted, appeared to be made mostly of dried mud. I couldn’t imagine how hellish it would be when wet. The trail descended steeply along the edge of a cliff, with periodic views of the coastline.

We turned on a trail to Pihea Peak, which was pretty heavily treed. There was a summit marker there, but not much of a summit. 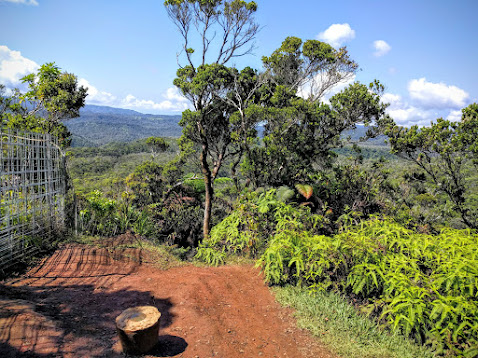 Back on the main trail, we hiked on a dilapidated boardwalk all the way to the end of the line. The boardwalk was a bit treacherous in sections because the metal grate overlying the boards was broken and sticking up. It would have been easy to get stuck with the sharp wire in your foot or lower leg. We proceeded with caution.

The swamp and the surrounding forest was incredibly lush, diverse and colorful. Once we broke out in to the swamp proper, most of the trees disappeared and we were left in a broad, open expanse. Bacterial mats made colorful shapes underwater. And in places, some brand new boardwalk appeared (yay!) The clouds grew thicker and grayer and soon we found ourselves at the “viewpoint.” 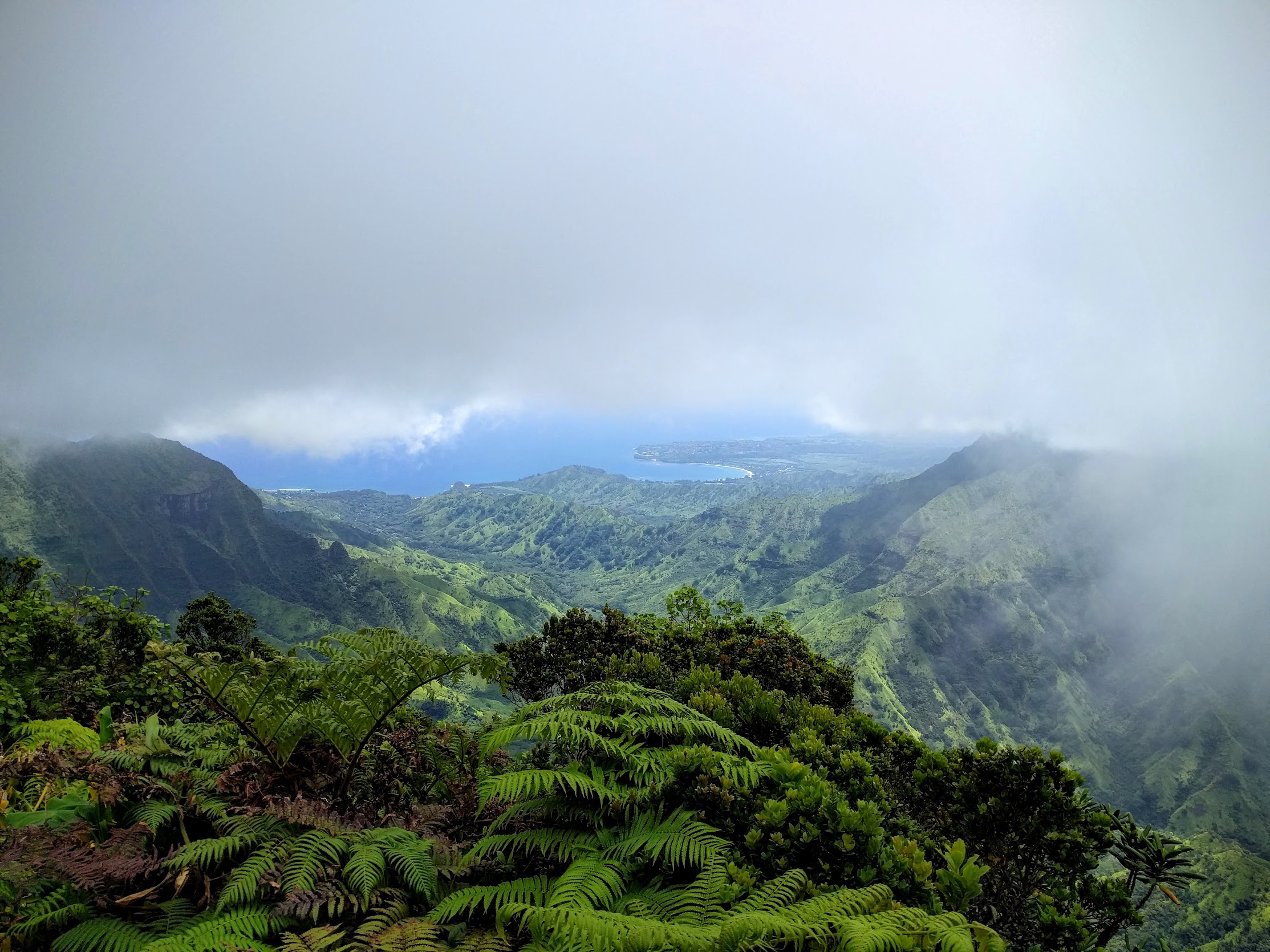 On a clear day, this may well be an excellent viewpoint. But today we stared at the inside of a cloud. It was still a nice place to sit and take a snack break before following the boardwalk back to civilization.

As we walked back I enjoyed the various vegetative curiosities along the way. The ferns, trees, lichens, wildflowers and items of undetermined genera. This was really a special place. 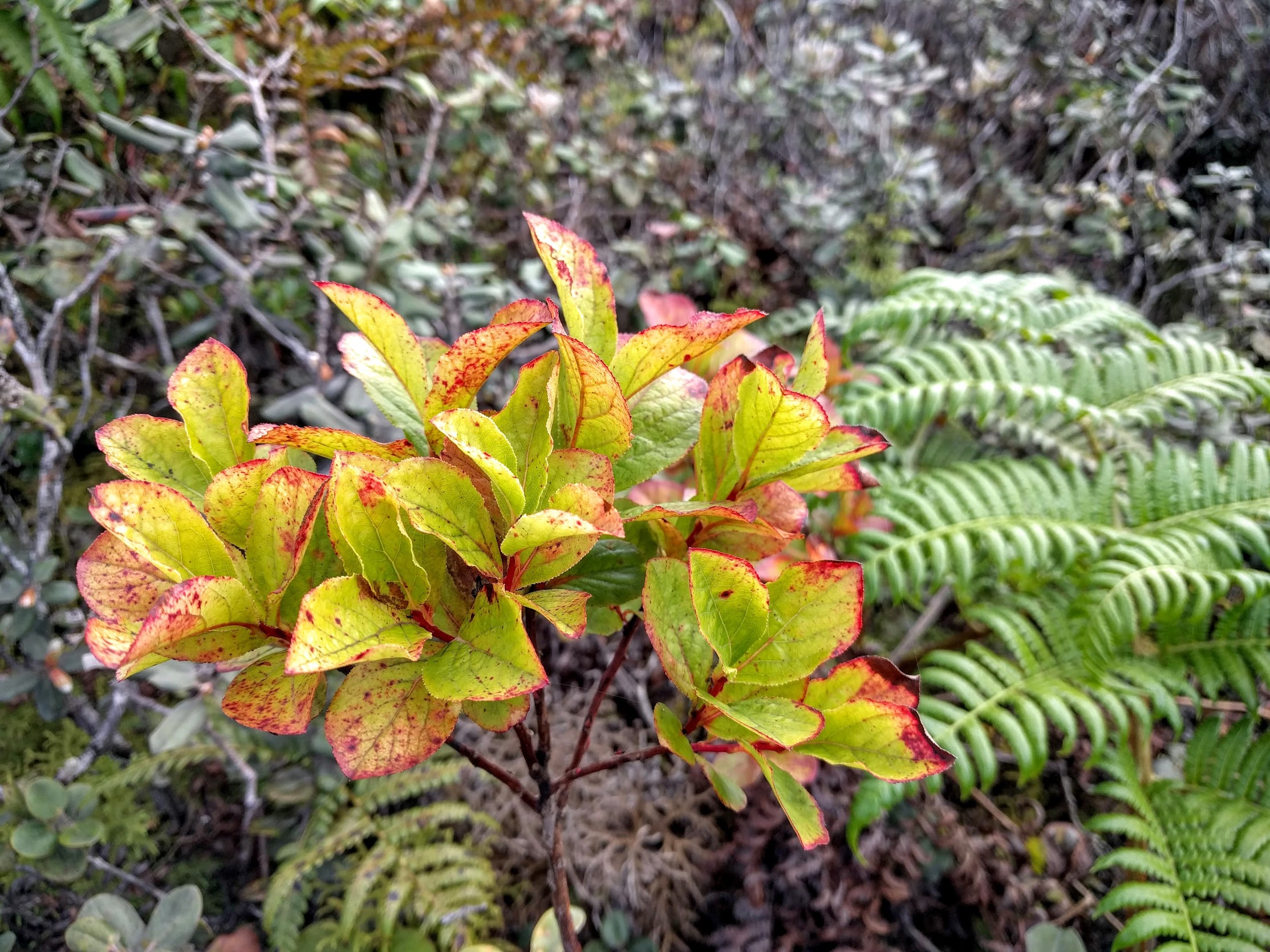 We knew we were getting close when the throngs of people thickened. Out in the swamp we didn’t come across too many other hikers. But now, oh yes, the people have sprawled beyond the roadside viewing area.

I took my shoes off to slosh up the final, muddy trail segment. The mud squished between my toes. It felt like a long day on the trail, and our Kauai adventures had only just begun.