The Henline Mountain Trail reaches into the Opal Creek Wilderness along the North Fork Santiam River. The trail begins from a roadside pullout and immediately begins switchbacking up 2200 vertical feet in 2.8 miles. I had never been here before, and I was hoping to get somewhere new that was low enough where snow might not be an issue.

Sue and I barreled up the mountainside at a slow and steady pace. I was hacking out my lungs, trying to get rid of a feisty cold that had been gripping me for the past two weeks. We stopped to ogle the wood violet and fairyslipper decorating the sides of the trail. The woods were pretty. I haven’t been out hiking much these past several weeks, as I have split my time writing a research paper and rock climbing in the dusty desert. It felt nice to be wrapped up with fog within a cool, green forest. We stopped at the 0.7 mile viewpoint to scramble out on to the rocky meadow and imagined the view we would have found on a clear day. We could hear the rushing river below. Sue spotted a buzzing, red hummingbird. 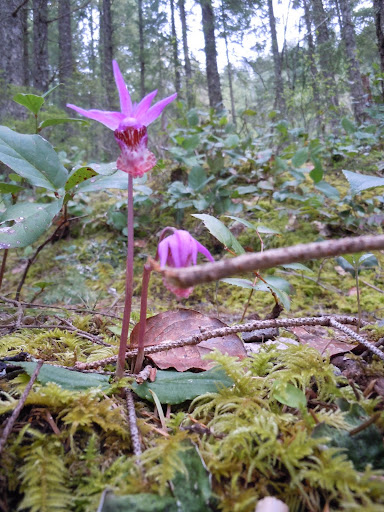 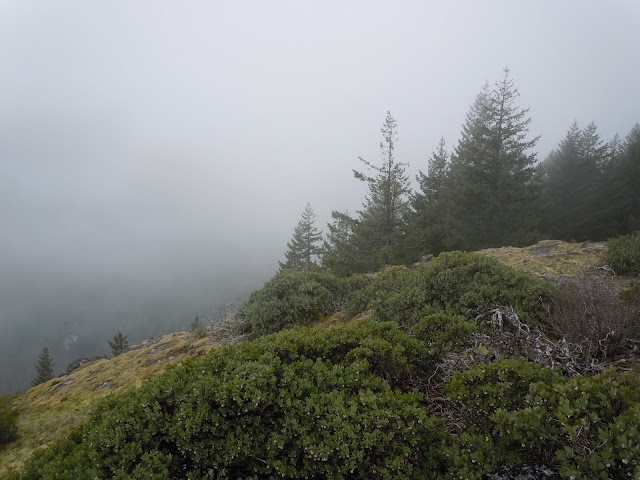 The trail continued at a consistent grade up and up and up. Nearing the top, we rounded a corner to find the trail buried under thick patches of snow. I hoped we would be able to avoid this, I thought… Soon the patches turned into full-on snow cover. We kicked side-steps into the steep snowfields. The snow had the consistency of Sno-cone ice. We followed what appeared to be the trail as it wound itself up and around the mountain. Since this was my first time here, I was a bit disoriented. Eventually I grew tired of trying to follow the trail and we decided to make a beeline towards what we thought was our destination.

We angled directly up the slope, using snow steps, tree belays, and careful walking over 45 degree slick vegetation and dirt. My eyes settled on a wickedly cool rock ridge; we followed the ridge on rocks and snow until the trail magically appeared again. Taking the path of least resistance, we continued along our trek. In places, the snow formed a perilously thin and slushy layer over huge holes created by the heat radiating from the rocks below. I poked test holes with my hiking poles as best I could so we could travel safely. I had far more practice doing stupid stuff like this than Sue had, so I took charge of finding the best footing and making nice snow steps. 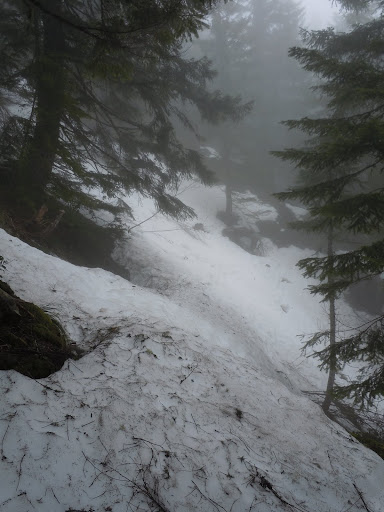 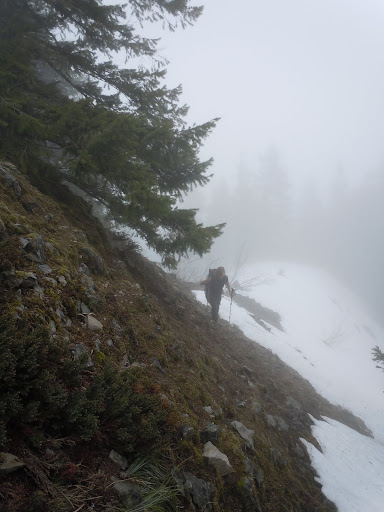 After all that work, the trail dipped down into steep snow fields surrounded by menacing looking cliffs. There was a small wooded bump that we investigated, but to our dismay we could not determine where the old lookout platform could be. The clouds were so thick that our visibility was greatly compromised. We decided then to turn around and retrace our steps back to the trail.

Not wanting to give up just yet I followed one more hunch up another steep slope covered in slushy snow and slippery beargrass. The snowfield led me to another, somewhat wider ridge with a nice, flat snowbank on top. Just perfect for building a lookout tower.

We’d found our destination! I yelled down at Sue to come up and join me. We sat and snacked as we let some of the steam evaporate from our saturated boots. Before leaving I checked out a really sweet, thin, rocky ridgeline that led out from the lookout platform. The terrain dropped off precipitously to both sides. This was such an amazing mountain! Sure, it wasn’t all that high, but the features were spectacular. We followed our tracks back through the snow until we stomped our feet onto dry, solid trail once again. It didn’t take much time to leave the adventurous portion of our hike behind. What took us an hour of climbing us took us about 20 minutes to come down. 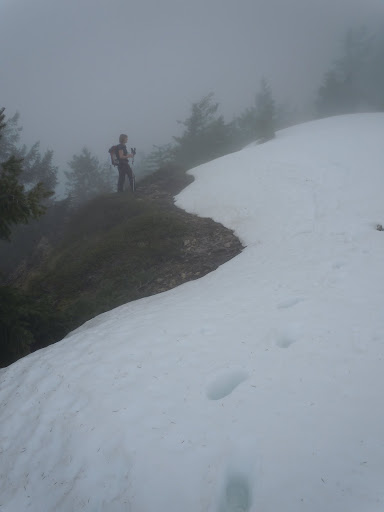 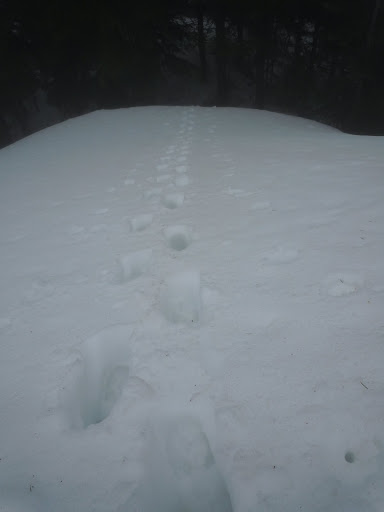 Once back at the car, we figured we had enough time to make one more stop: Henline Falls.

We booked it up the wide, flat trail just under 1 mile to the base of the falls. Right before we hit the end of the trail, the forest presented a gorgeous display of several species of flowers: trillium, avalanche lily, Oaks toothwort (?), and many other flowers that I’m far too incompetent to name. There were lots of interesting ferns, lichen and fungus as well. The waterfall itself was surprisingly impressive, rising 90 feet up a cliffside. An abandoned mineshaft was also located there, just to the right of the falls. We had brought headlamps to explore the inside, but we discovered a metal grate just a few yards inside the cave. Inside, however, we saw these amazing cave crickets clinging to the ceiling of the mineshaft. Cool! 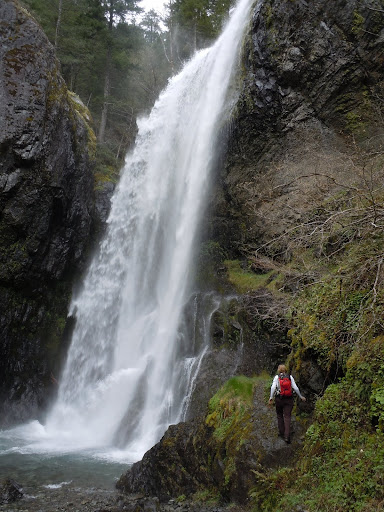 We strolled back at a more moderate pace, enjoying good conversation and the fantastic scenery. We had both trails to ourselves today. And, most importantly, it didn’t rain on us. I was really impressed by what these trails had to offer. This was yet another fun day in the woods.