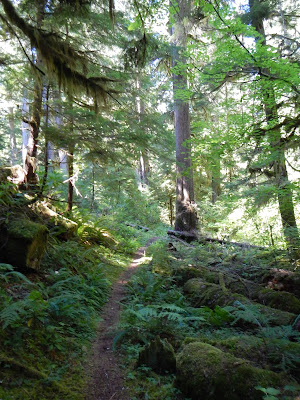 See all the photos on Google.

It all began with a childhood memory. Aaron had hiked to Donaca Lake as a high school kid, doing trail work with the Forest Service. He hadn’t remembered which trails they took, but he clearly remembered the lake itself. Flipping through an old copy of Sullivan’s Central Cascades book, I found an interesting loop to Donaca Lake that finished up along a forest road that had been destroyed by a landslide. That was enough to pique my interest. 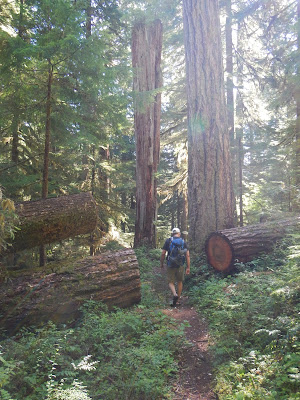 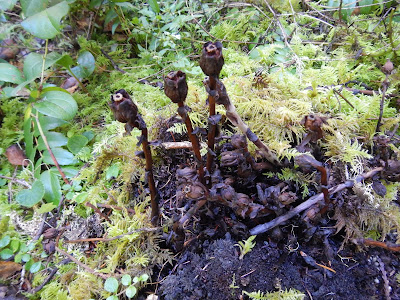 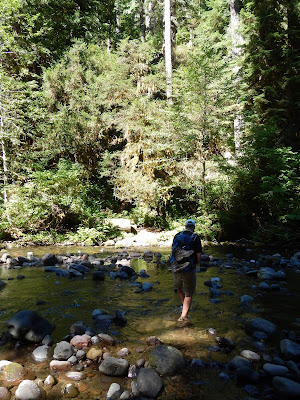 We started walking amid lush greenery in an old-growth forest that made us feel really tiny. We quickly reached the first water crossing, which we managed to do by hopping across the rocks. Two more miles of walking brought us to another crossing, in which my Crocs came in handy. Then another three and a half miles passed by before we reached Donaca Lake. Tucked away in the lonely Middle Santiam Wilderness, Donaca Lake remains pristine and scarcely visited. At least, it sure looked that way, with its one campsite and no human litter left behind. To us, it made a superb lunch and resting spot.

Aaron took a chilly dip in the water while I enjoyed the late summer sunshine falling down onto the small beach. It was a lazy afternoon. 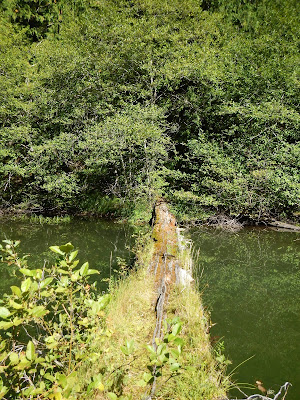 Wanting to explore a bit, we took a walk out on a large log that had long ago fallen into the lake. This was the coolest nurse log I’d ever seen. We walked out as far as we dared before the ground beneath our feet felt unstable and downright swampy. Yes, the rotten log turned into mush. It oozed into the holes in my Crocs, bathing my feet in tree soup. The vegetation growing out of the log cascaded over the side and into the water, providing excellent habitat for newts. They were swimming throughout the lake, but were particularly abundant here. The lake was so clear, we could easily see the critters hanging out on the sandy bottom. That is, until we stepped off the log.

The texture of the lake’s bottom was like quicksand. I put one foot on a branch and the other into the sand; it just kept sinking. I could feel other sticks and debris in the earth that rubbed against my leg, but there was nothing substantial to stand on. It was such a surreal feeling, to be standing in a bottomless slurry of ash and water, out in the middle of nowhere.

I could have stayed here all day but we’d already lingered for a couple hours and we still had a long way to go.

We decided to take the adventurous route back that the Sullivan book mentioned as “another option.” We followed Chimney Peak trail back to where it crossed road 2041. The road had been reclaimed by the forest for a few decades, giving it an eerie, post-apocalyptic vibe. Moss covered the old gravel surface. Blackberry runners streamed across the mossy coat, forming a loose mat of green vines. Trees encroached the road’s edge, subtly in some places and boldly in others. As we continued along the old road we enjoyed the soft carpet of greenery that made walking especially easy and pleasant. 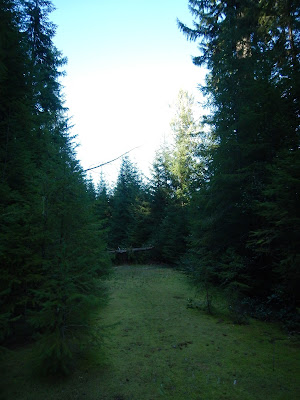 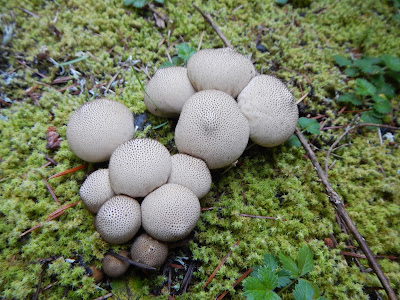 At the Pyramid Creek Crossing, we walked to the road’s edge. The concrete bridge had been removed, leaving what looked like a giant diving board at the other side of the river. We dropped down to the water’s edge, changed into river shoes, and waded across. From here, things got interesting. 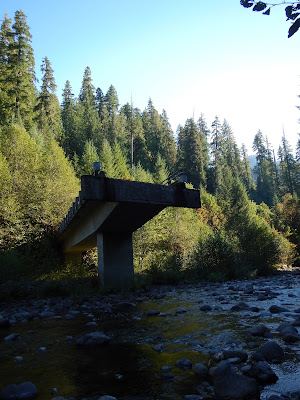 We followed the road easily for a little while longer. The bridge over the Middle Santiam was still in.  But after that, the road narrowed and became more difficult to follow. At some point, we picked up a new trail that led through the worst of the washed out sections. Although it wasn’t on our map, we figured it must lead the way out of this mess. We followed the trail until we popped out, surprisingly, on a well-manicured trailhead parking area. There was a forest service signboard with a wilderness permit box (well-stocked with fill-in-the-bubble permits) and a few miscellaneous signs. There was no name on the signboard or map to indicate where we were. Strange.

We followed the gravel road leading out of the parking area and ended up on another, nicer looking, gravel road. There was no sign to indicate our location. Daylight was fading, we had no idea where the car was, and we were lost on a road. We had two choices, left or right. By our estimates and the compass direction, we guessed right.

And so we took off to the right, barreling down the road, looking for any clue to our present location. There was a milepost marker, some large brush piles along the road, and nothing else. There were also a few spur roads leading off of the main drag. We walked for over a mile with no success. Well, maybe just a little further, around the next bend, we said over and over again. Ultimately we decided we chose the wrong direction and turned around.

Walking, walking. The temperatures were dropping fast. We were getting tired of road walking and all I wanted was to eat dinner. We passed by the spur to the newly discovered trailhead and kept going. We had to be on the home stretch. Finally, we reached a junction and sign that we recognized, the 4- way intersection with Road 646. Half a mile later, we collapsed at the car. We made it before dark.

Since returning home, I’ve searched the Internet and all my books and maps for some information relating to the new trail. I’ve come up with nothing. The forest service website doesn’t mention it, no maps show this trail and no one’s written up a trip report about it. Sullivan’s latest book took this loop description out and relegated the hand-drawn map to the back of the book. I wonder when this trail was put in, who’s maintaining it, and what the name of the new trailhead is. Obviously people know about it, since the permit box was stuffed with completed permits. Please leave your comments with anything you know about the recent history of the trail. And perhaps, save someone else the trouble of wandering around as we did.