I was itching to get out on the trails after a couple of weeks off so I decided to leave town early and find some snow. I arrived at the trailhead 15 miles south of Hood River just after 9 am. There were boot tracks that led up the first half mile or so, and no sign of life after that. Just the way I liked it. 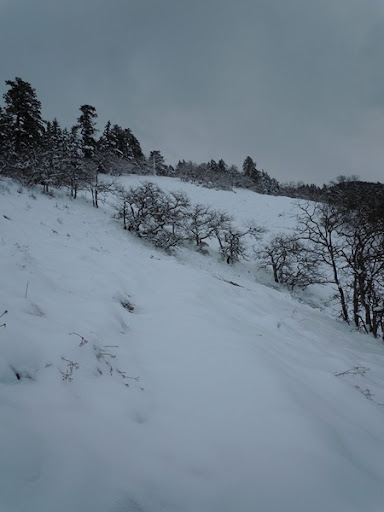 There was hardly any snow on the ground but I brought my snowshoes so I figured I’d wear them. The trail began winding through snowy trees, then switchbacked up through a steep meadow and re-entered the woods. Along the way, views west towards the Hood River Valley and Mt. Hood were almost constantly present. A low cloud layer covered much of the surrounding area and a thick, swirling gray shawl was wrapped tightly around Mt. Hood all morning. Imagine my surprise at seeing glorious beams of sunlight blasting through the trees as I approached a small clearing in the woods! Light reflected off the surface of the untouched snow in all directions and painted a lovely picture of which I was an insignificant part. 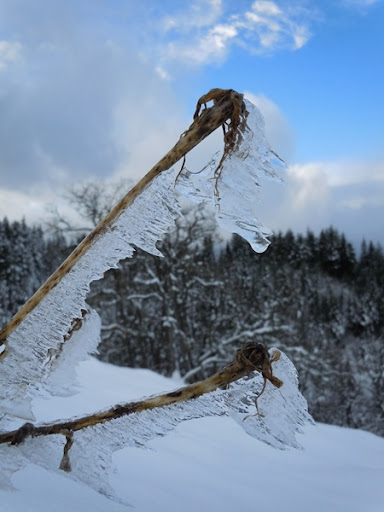 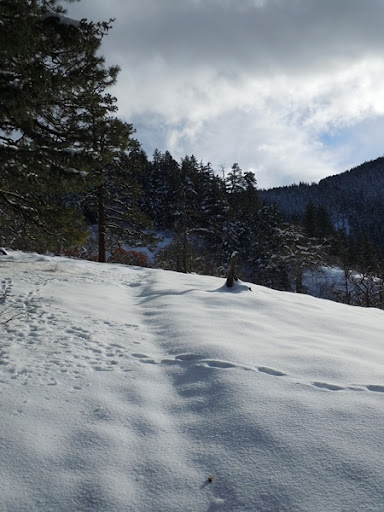 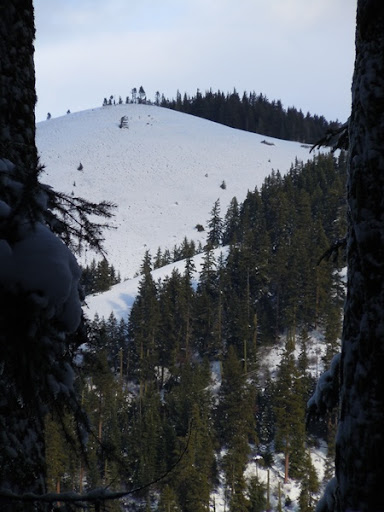 Excitedly I continued tromping up the trail, gaining elevation up to the ridge, where I encountered a wide trail (or narrow road) perpendicular to my direction of travel. Assuming this was the Surveyor’s Ridge Trail, I turned left and kept going. I had a short set of directions from the back of Sullivan’s book to follow, and no map. Before long I encountered some trail signage and a junction. The wide trail/road veered right and a smaller trail went left. A sign on that trail read “Leaving National Forest.” I read that as being not the right way, and continued along the road. After walking a short way, downhill, I felt like I wasn’t heading the right way. So, I retreated to the junction and walked a short way, downhill, on some unknown entity’s land. I had gotten a good view of the butte on the way up, so I felt like I was on the right track. Just to be sure I was, I scrambled up to find a view as soon as possible. 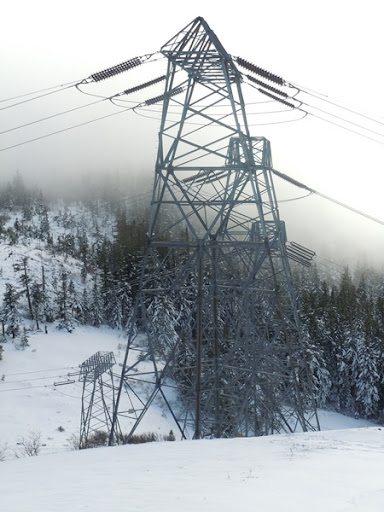 The ridge walk was beautiful. The forest thinned out, allowing me to make my own path among the stumps and shrubs. Once I could see the power lines I knew I was making good progress. However, in order to maintain a sense of location I stayed too high up on the ridge. Begrudgingly, I leapt down the snowy slopes to a saddle and then back up to the power lines. Once there I passed a trail sign and began the last segment, a mile-long roadwalk beneath the buzzing lines and up to the summit.

The broad, bare hillside left me wide open to assault by west winds. Even with the bright sun heating the air I had to add another layer and warm hat to protect myself. The final approach across the windswept snow was my favorite part. The wind, the sun, the cold, the aloneness… it all came together so perfectly. A smile swept across my face as I made the last grueling push to the flat, bare top of Bald Butte. I savored about 10 minutes of sunny bliss up there before the clouds came pouring down from the mountain, cloaking the views in every direction. Fabulous. 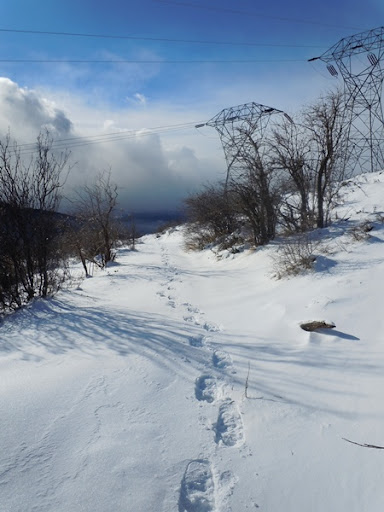 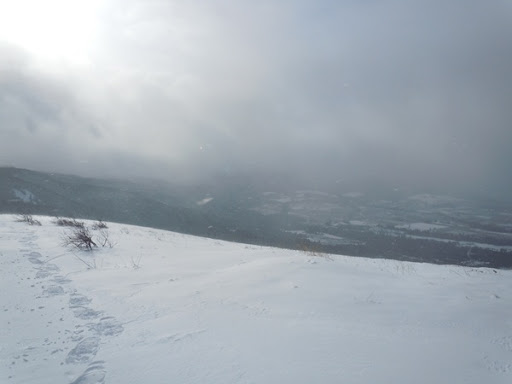 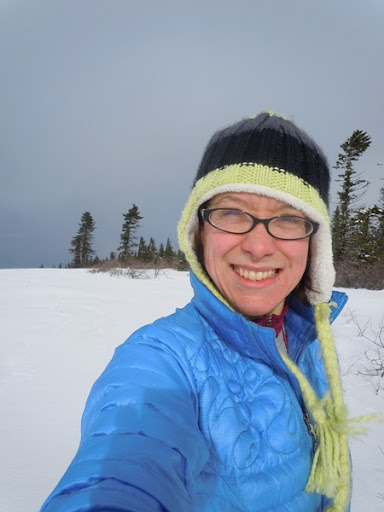 I swallowed a few last pieces of jerky and then retraced my footsteps back to the ridge. I made the mistake of trying to correct for staying too high on the ridge on the way out here; that meant I was twisting my ankle every 3 steps on buried brush in the trees below the clean, soft snow above. A few minutes of that nonsense caused me to veer upwards towards my old tracks, which I followed all the way back to the trailhead. 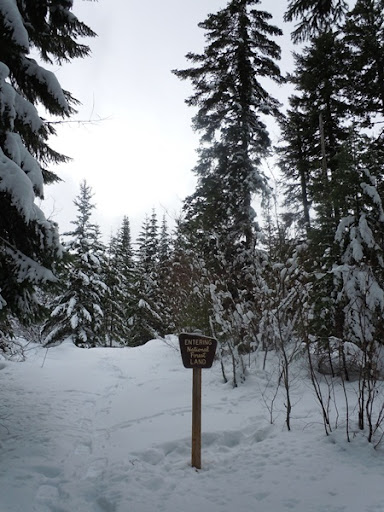 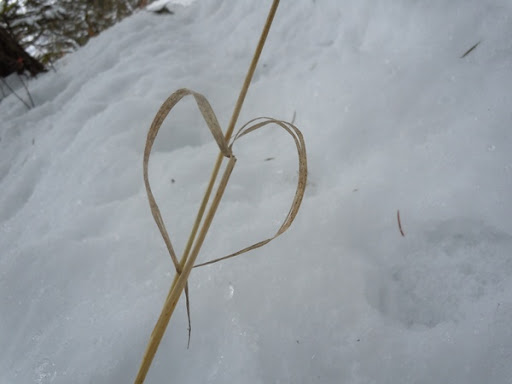 On my way down I encountered new foot prints just above the meadows near the base of the hike and two folks were sitting on the trail drinking beers and having laughs. What a great idea. By now the clouds had been pouring wet snow down upon the landscape and the hike had a pretty new feel to it. I was glad to have discovered another hidden gem in the back of Sullivan’s book. 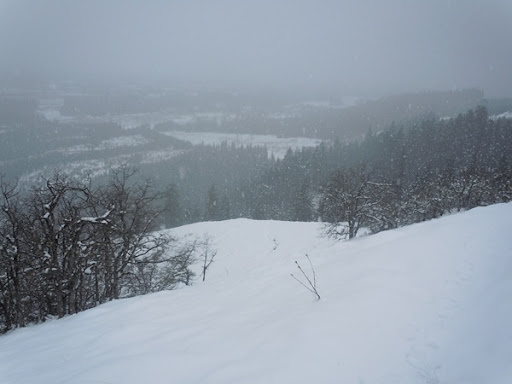