Get an early start and the island is your playground. On Maui’s South Shore, climb a big red hill and relax on Big Beach with a capital B. 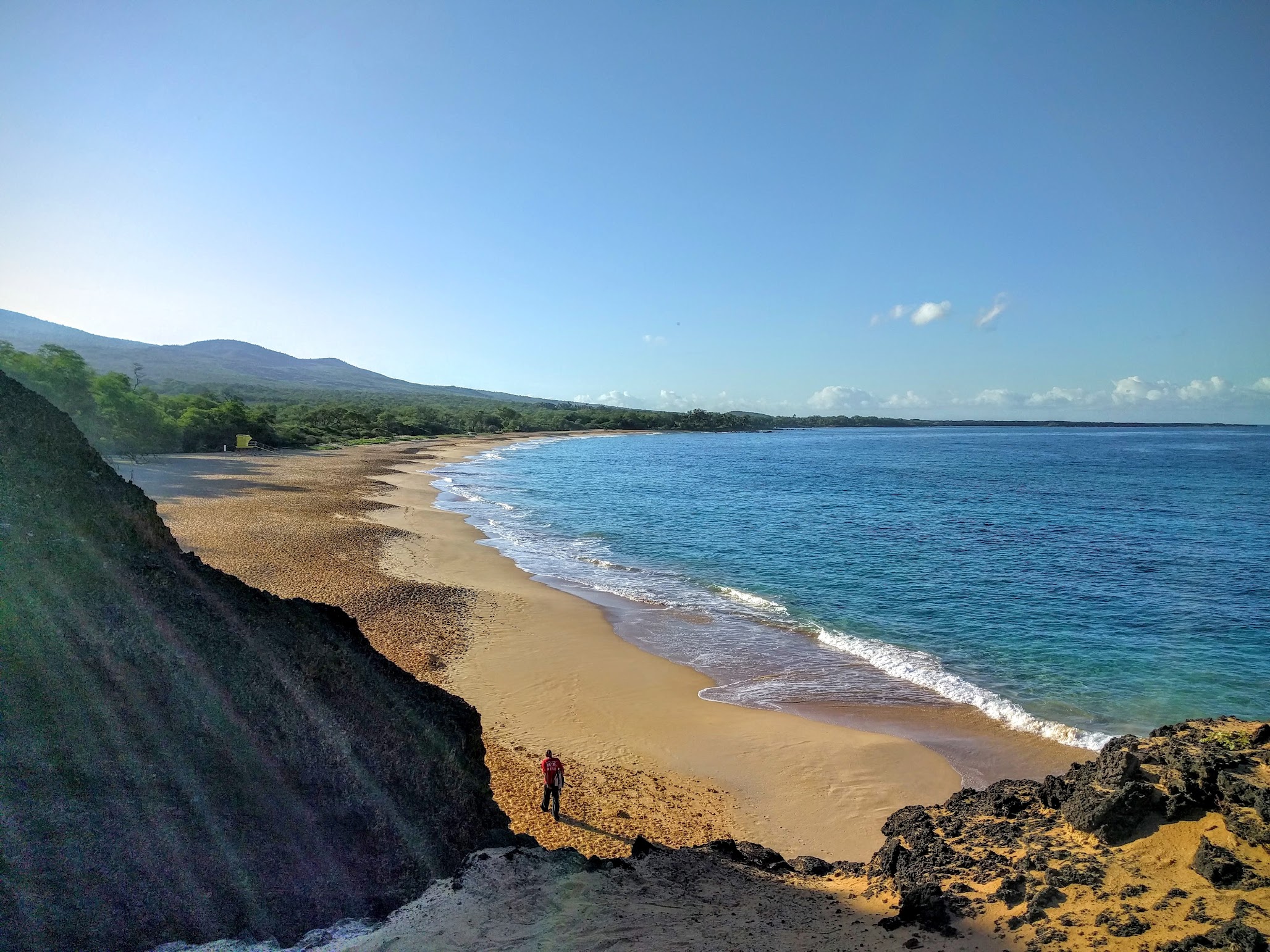 We woke up early so Aaron could meet his SCUBA boat at the dock by 5:30 am. The island was on fire. Or so, that’s what it looked like as we drove down from Kula towards Kahului on our way to the dock. A bright red-orange glow stretched out on the horizon below us. As Aaron drove I scoured the Internet, looking for breaking news. Nothing. Maybe our eyes were sleepy, or there was some local phenomenon that just made it look like we were driving into a massive brush fire. The closer we got to it, the less dramatic it appeared. We’d later learn that the sugar cane fields are burned right before harvest. Didn’t read that in the guidebook.

Aaron got on the boat and I was left alone in the dark on the island, so…what’s a girl to do?

I kept driving south to Makena State Park. The gate was locked but there was plenty of on-street parking so I locked up the car and walked along the short road into the park. One of the old guidebooks in the Corvallis Public Library mentioned a hike up a red hill inside the park. It was not a huge climb but it was a prominent feature and it intrigued me. I walked across the sand on a deserted beach that appeared to dead end into a rock face. Huh?

As I got closer to the rock I conjured up the scene with the worm in The Labyrinth:

And when I reached the wall, the opening made itself obvious. It was a brief scramble up a rock ramp to the base of the hill. I’d read online that the trail had been closed due to a rock slide. A sign was posted there to prevent people from going further. But it was apparent where the ground had slid and it was easy enough to avoid the sketchy stuff. I skirted around the base of the cinder just enough to pick up a network of steep use trails that climbed up towards the top. 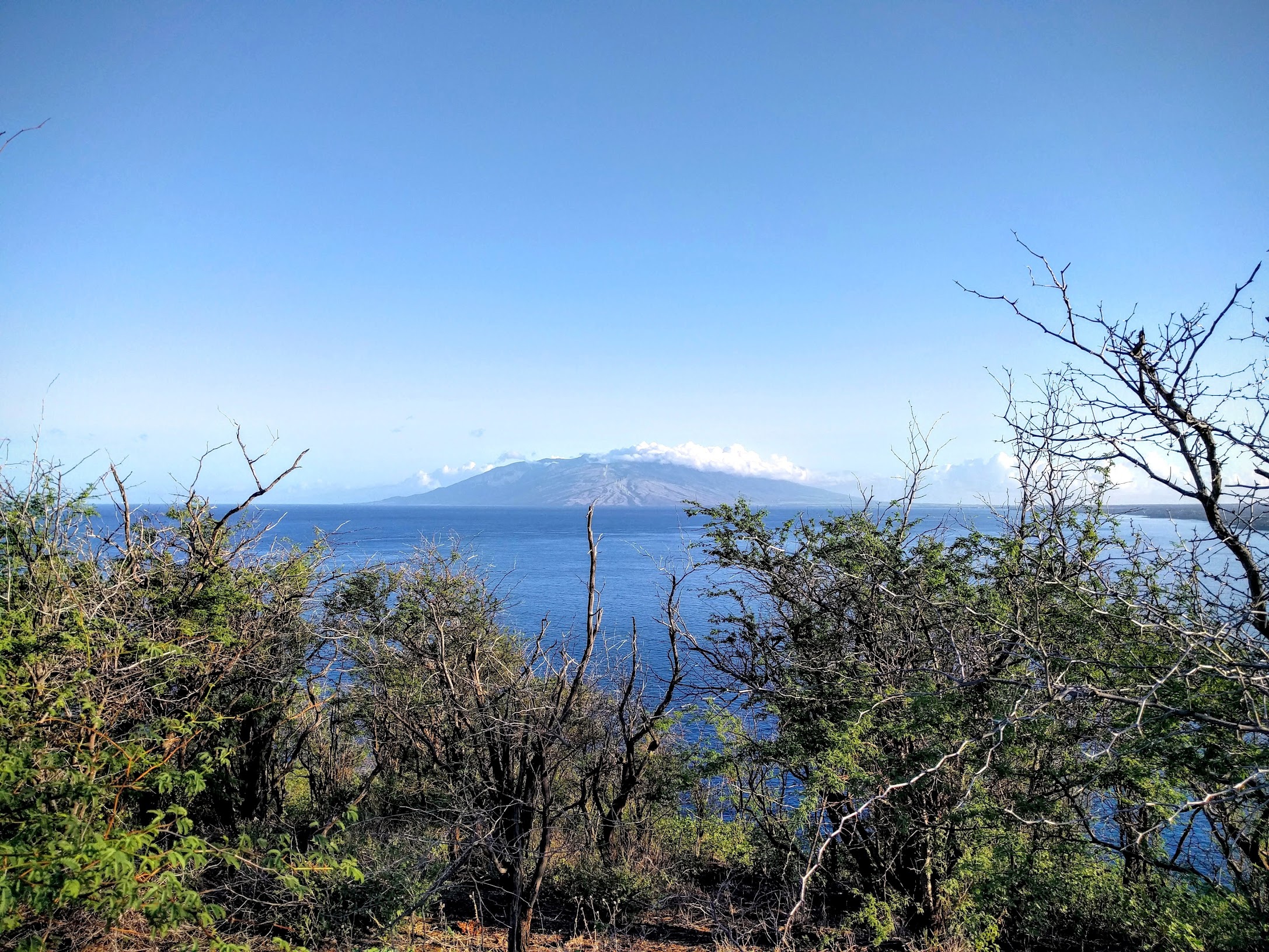 The scratchy vegetation that made its home on that hill was just thick enough to be difficult to avoid. I guess this wasn’t the best day for shorts. When I reached the top of the hill I realized I was on the rim of a small crater, not at a clear summit. I traced the edge of the crater in search of the best viewpoint. The sun had not yet crested over the mountains to the east, so I sat in wait for better sunlight. From my perch I could see Kaho’olawe, an uninhabited desert island and the smallest of the Hawaiian islands. I admired the beautiful, yet thorny, lantana flowers, blissfully unaware of its epic weed status at that point. 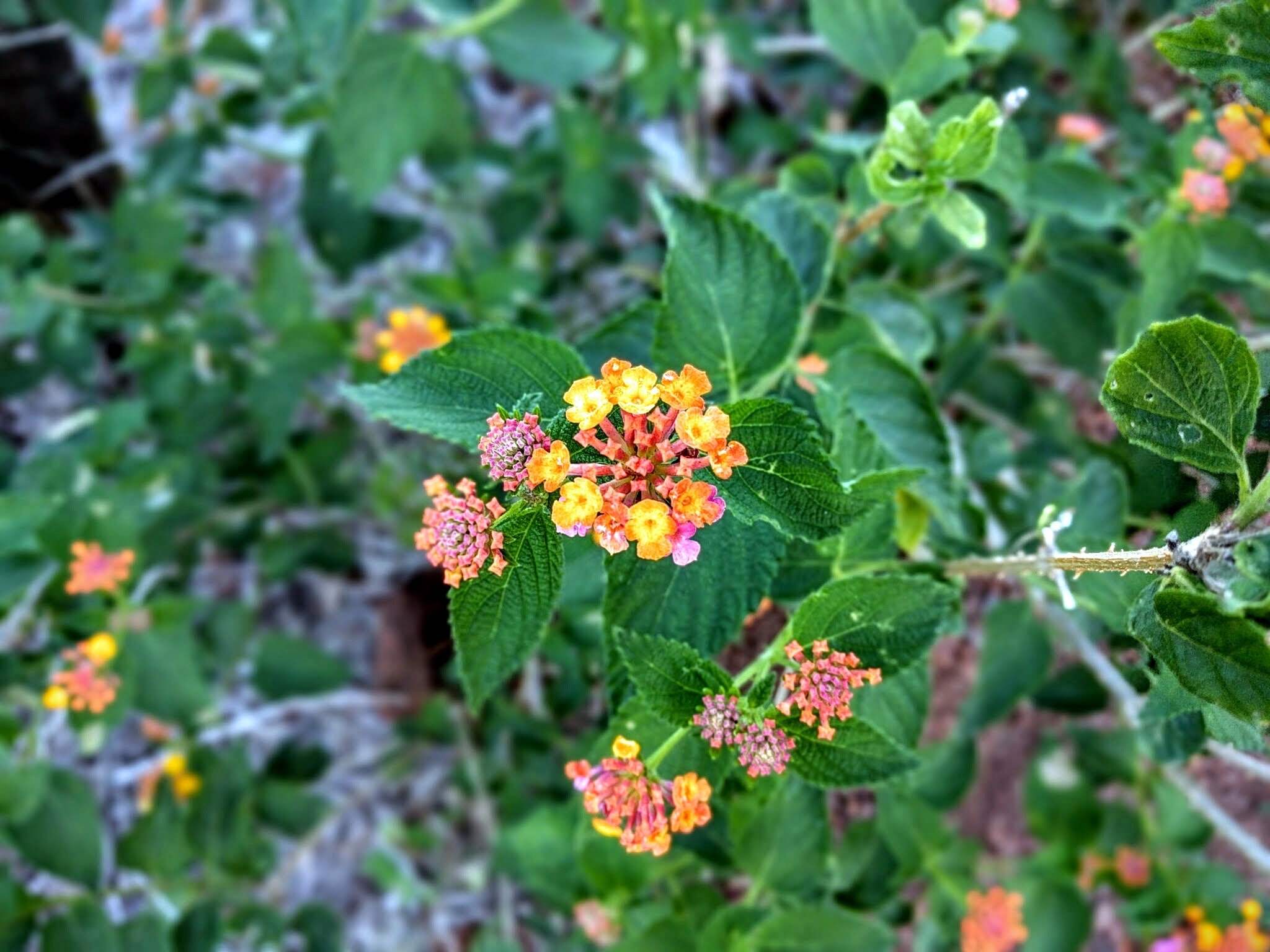 After circling around the crater I descended back down the scree and took a short detour across a rock outcrop protruding into the ocean. I passed by some dazed-looking campers (squatters?) and walked down to a stretch of tidepools at the water’s edge. I wasn’t alone out there, someone was smoking and listening to music on his phone speaker, so I took a quick look around and busted out of there. 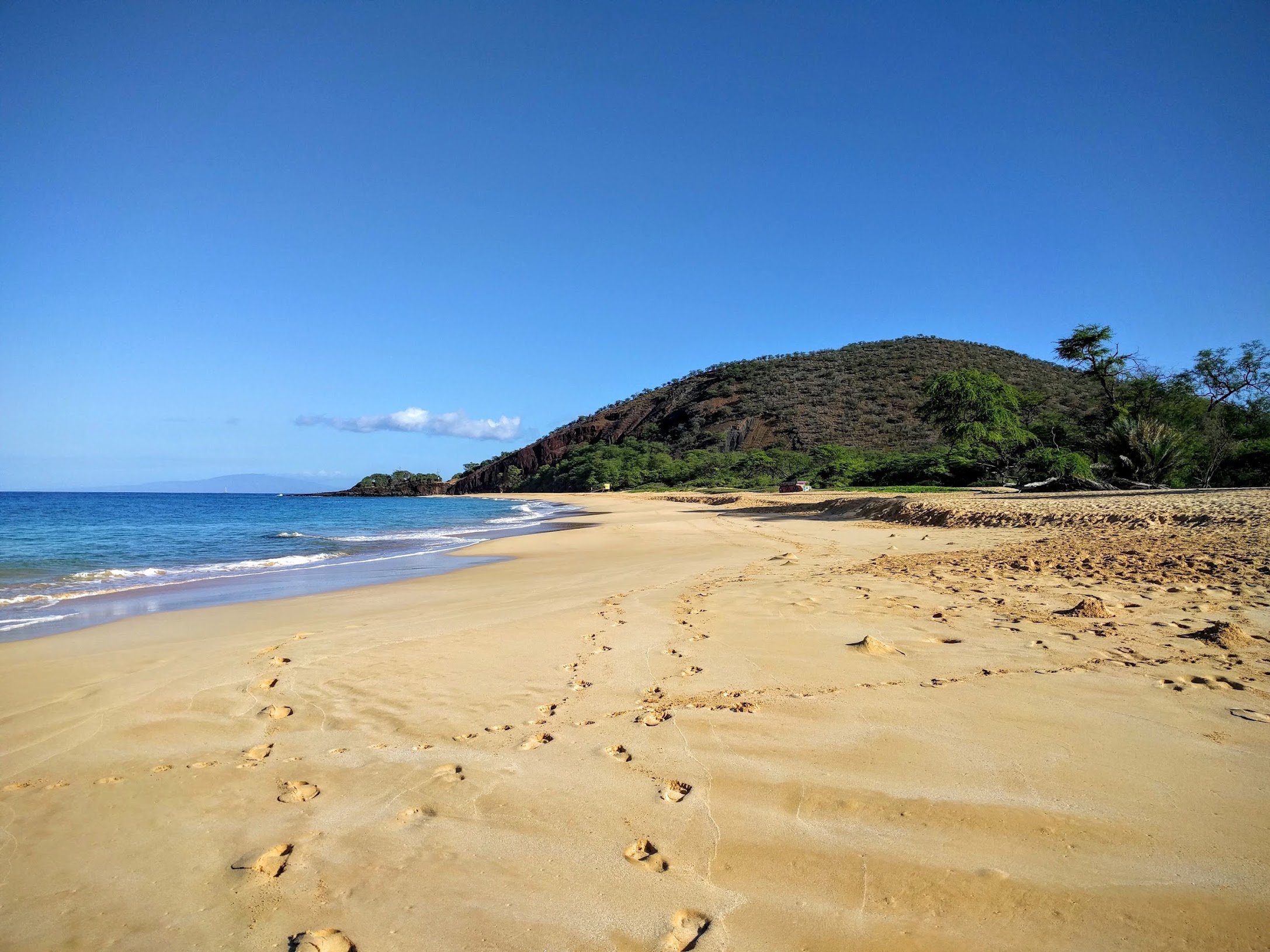 It’s nice to finish a hike with a walk on the beach. By now, a few walkers, runners and swimmers were around but it still felt quiet and peaceful. I took my shoes off, walked barefoot across the sand and listened to the waves crashing into the shore. A stand of trees at the opposite end of the beach provided some welcome shade. I relaxed there to kill some time before picking Aaron back up from the dock.

Later in the day we’d do Hawaii right. We had our first shave ice (but not last!) of the trip, went snorkeling, and had a picnic on the beach. I’m pretty sure we saw a hawksbill sea turtle at Makena Beach. It didn’t look like all the green sea turtles I’d remembered from college a billion years ago. The design on the shell was much more complex and geometric.

We learned about the afternoon wind on the South shore. It was kind of nuts. The water got so choppy while snorkeling that we had to get out, then it was nearly impossible to enjoy a quiet lunch in the grass. It felt like we were eating in a hurricane. Yet another reason to get an early start! We packed up and visited the Alexander and Baldwin Sugar Museum on our way home. The best part was actually outside the museum, where they had some old trucks and machinery plus a ton of cool trees. Aaron foraged some nice looking mangoes from the ground to bring back to the house.

I finish here not with a random pictures of baby goats, but a purposeful picture of baby goats. We swung into the Surfing Goat Dairy Farm hoping to take a tour, but the last one had just left. Our consolation prize was getting to gawk at the babies playing in their little pen near the gift shop. 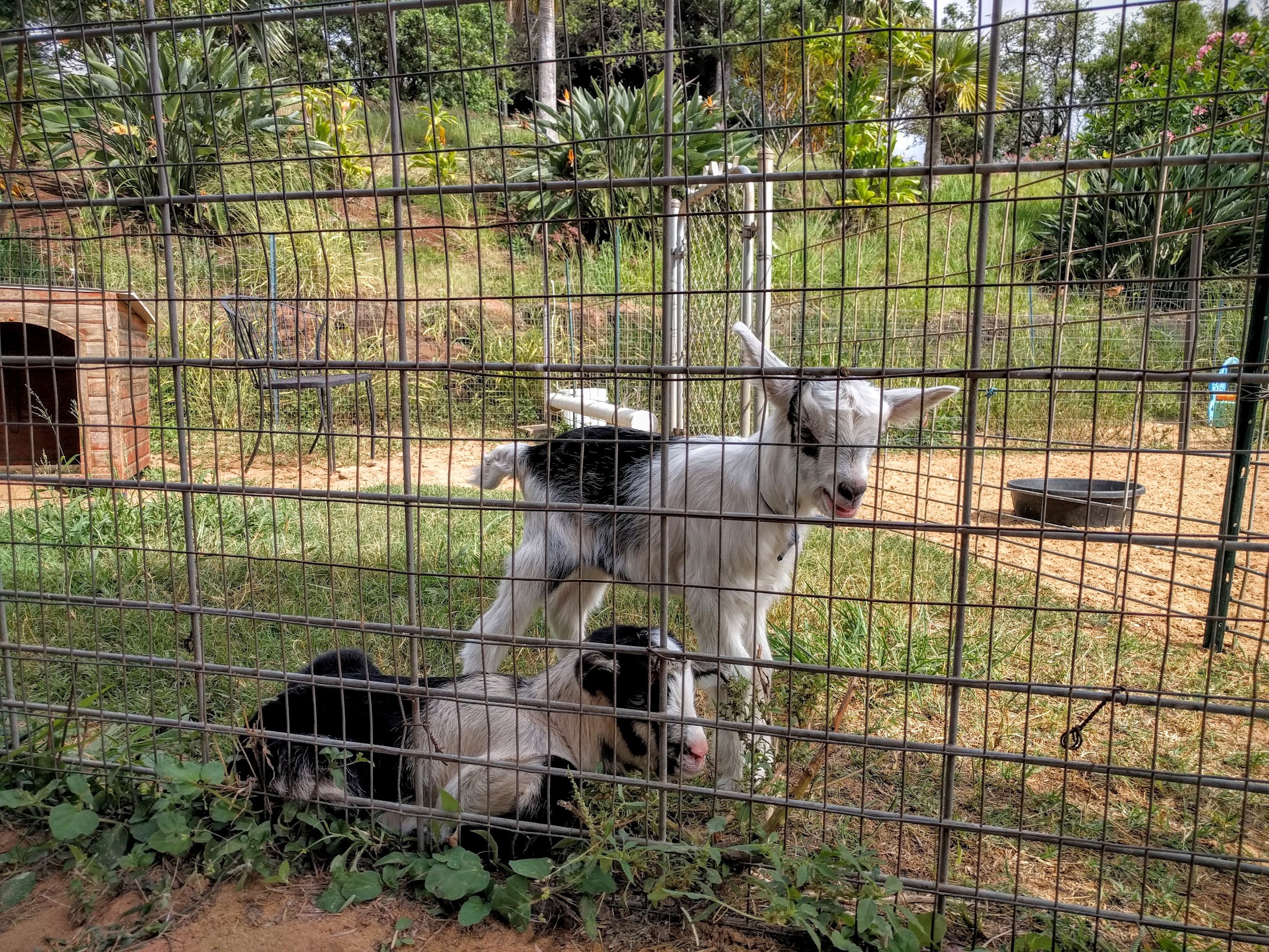