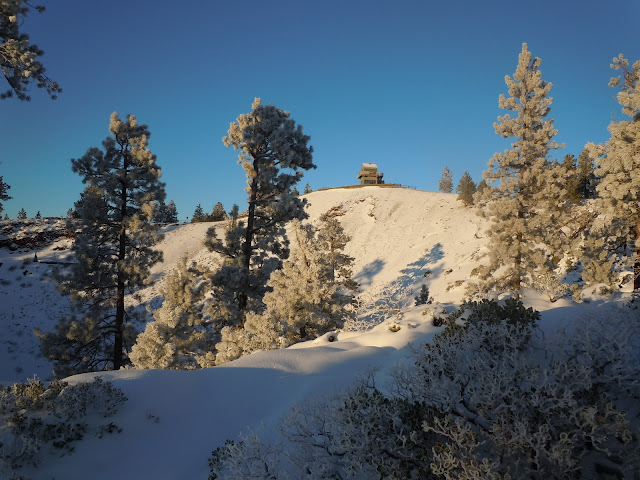 Lava Butte is a small bump off the side of Route 97 south of Bend. At its base is the Lava Lands Visitor Center, which is closed in the winter. On a brisk Sunday afternoon, we had just enough time to wander up to the top of this spectacular viewpoint.

The road in was snowy but driveable, so we headed in and parked on the side of the road behind several other cars. We put on our snowshoes and began walking up the road that spirals up to the top of the butte. Just ahead of us were some cross-country skiers towing two little girls on sleds. We passed the skiers; we moved quickly to stay warm and to try and squeeze our trek into the waning daylight.

Once the road began to climb up the butte, we began to be treated with amazing views of the surrounding environs. Lava Butte stood above a broad lava field. The lava was covered with a thin blanket of sparkling, white snow. The blue skies above permitted bright sunbeams to bounce off the snowy lava field and fill the sky with light. As the afternoon faded, the colors shifted from cool blues to warm oranges and pinks. 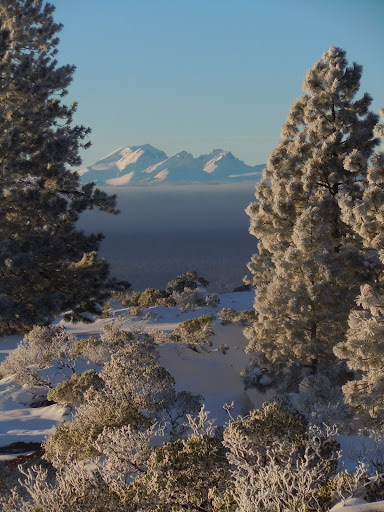 We continued to ascend the road up to the summit of Lava Butte. Atop the peak there was a well-kept building that was locked up for the season. We had just enough time to walk along the trail that encircles the summit crater. This trail undulated softly and offered more amazing views of the snow, ice, mountains and lava. Back at the road, we tromped back down to the car, making it back before sunset. 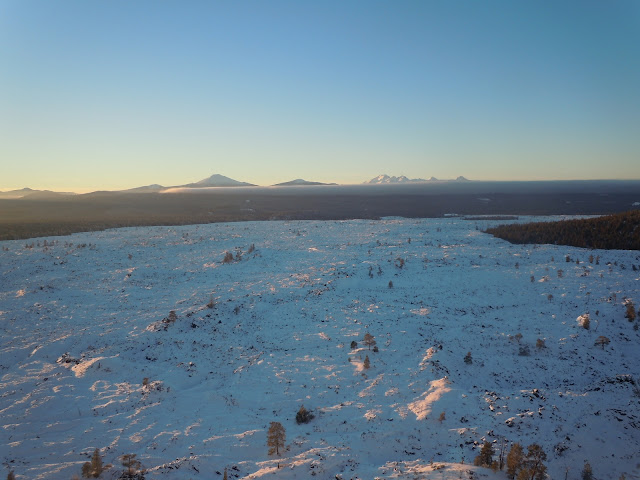 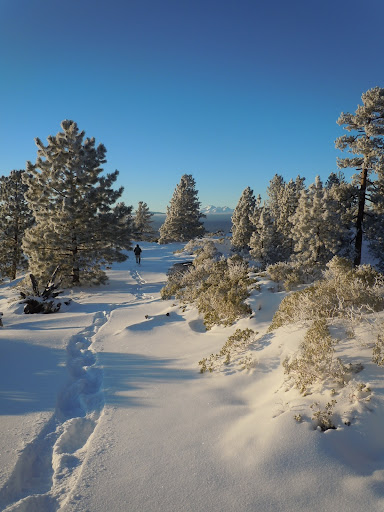 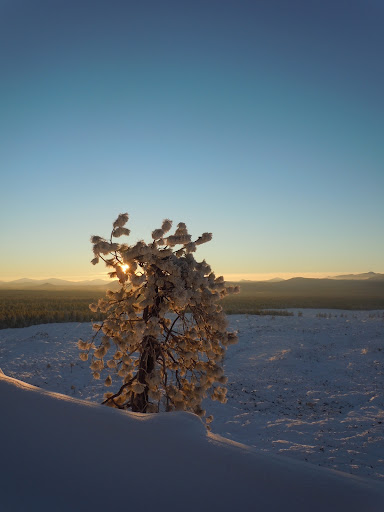 If you’re short on time and Lava Butte is in your sights, do it. In less than two hours we were able to climb to spacious views of a snowy Central Oregon paradise with minimal effort and no crowds. Wait until the road closes and there’s enough snow to block all but the hardiest of winter explorers 🙂

Photos from this hike and the rest of the camping trip can be found here.