West Rim Road to Southwest Ridge of the Watchman

Photos from the entire trip are on Google+. 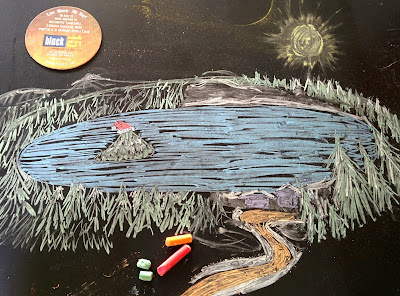 My fourth winter trip to Crater Lake, and first time bringing a group, would turn out to be the best yet. We all spent the night in a beautiful rental house in Chiloquin before driving up to the park first thing Saturday morning.

The forecast called for highs in the mid-40’s, with mostly sunny skies. Previous years have left me mired in blowing snow, subfreezing temperatures and visibility next to nothing. I had the impression that Crater Lake was not as awesome as everyone else made it out to be. I was glad to be proven wrong.

Amy, Aaron and I drove up to the Rim Village to begin our adventure. After taking some preliminary photos of the lake, we began following snowshoe tracks towards West Rim Road. Out in the open, we felt the brunt of the sun’s rays, and had to stop to remove layers almost as soon as we put them on. Every now and again, the road would venture out to the edge of the crater rim. We stopped and took pictures, marveling at the glassy surface of the huge lake. Not one ripple tainted the lake’s mirror-like surface, reflecting the cliff sides and transient clouds above. It was like being inside a living postcard. 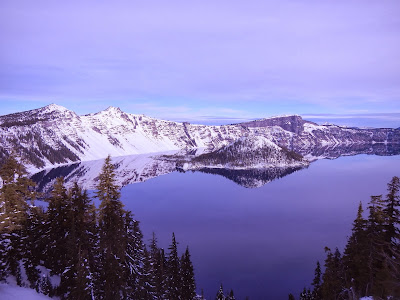 The road curved gently and gained elevation ever so slightly. Soon we found ourselves rounding a bend at the southwest ridge of the Watchman. Here, we finally started going up. 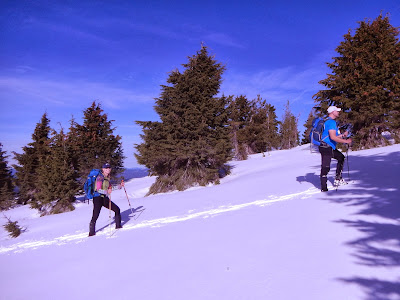 Aaron broke a trail through the glistening snow as Amy and I followed. We were in the woods now, with the lake out of sight. We grunted uphill, trading trail-breaking duties, all the way to the tower on top. We came across several sets of footprints on our ascent from the road, but none led to the summit. I happily busted some tracks into the snow covering the narrow, rail-free stairway leading to the viewing deck above us.

Once at the summit, we had the view we were searching for: a complete aerial picture of the lake without any corners cut off. We could even see the little dimple-like crater on top of Wizard Island. Dressed up in snow, the lakeside features looked perfectly lovely. The tower blocked the wind, so we sat and rested here for over an hour. For the full 360 degree view from the top, click here.

We left the Watchman behind just after 2 pm, retracing our path to the road. Now we finally began to see signs of life at the lake. Several cross country skiers were out and about. As we got closer to Rim Village, people were everywhere. Couples snowshoeing, newbies out on skis, tourists wandering dangerously further than 50 feet from their cars. It was a perfect day; beautiful weather, a moderately invigorating workout, spectacular views, good food and solitude. We set the bar high for Amy—it was her first snowshoe trip—so I hope she’s not disappointed the next time she goes out.

Plus, we got to see a gorgeous sunset on the drive home. It was an excellent first day. There would be more hiking tomorrow. Keep reading. 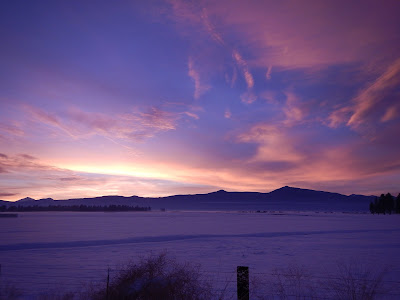